SIMPLY RED "HOLDING BACK THE YEARS"

This was the third single from the band's debut album Picture Book and originally peaked at #51 in the UK singles charts. However, the re-issue made #2. It made #1 in the U.S. during July 1986. The song featured as the 7th track on the album.

Apparently, Mick Hucknall wrote the lyrics for this song when he was just 17 and living at his Father's house, and it is based on the family turmoil he experienced as a child. It was one of two U.S. number one's, for Simply Red, the other being If You Don't Know Me by Now

The video starts in the graveyard of an ancient church by the sea. It quickly moves on to Mick Hucknall in his home (I'm not sure if it was is actual home - probably not!) searching through some cassette tapes. He chooses one and throws it into his suitcase on the bed. Whilst he sits on his bed singing, there are flashbacks from his childhood. We eventually see Mick walking through the countryside and then boarding a steam train, and the video ends with it travelling into the distance. 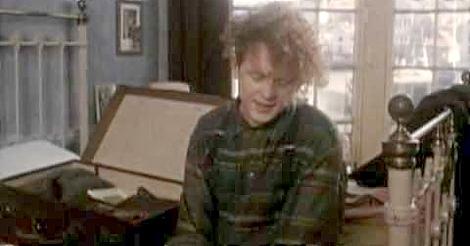 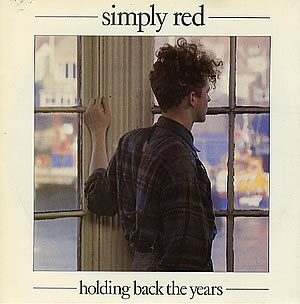