Born on July 30th 1940, Sir Clive Sinclair was a British inventor and entrepreneur who became best known for the hugely successful ZX Spectrum home computer and the infamous C5 electric tricycle. But they are only a small part of the whole story, and in this post, I'm going to take a look back of his best and worst inventions, some hugely successful and others simply ill-conceived. They all had one thing in common, though, they were all pretty unique and British to the core! 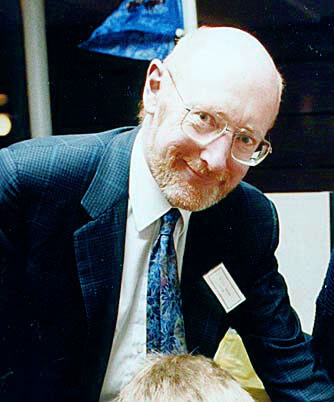 Sir Clive started out as a journalist, and one of his first jobs was working as the assistant editor at Instrument Practice magazine. He then started writing for Practical Wireless, using the funds to help launch a mail order company from his bedsit in London, selling radio kits. 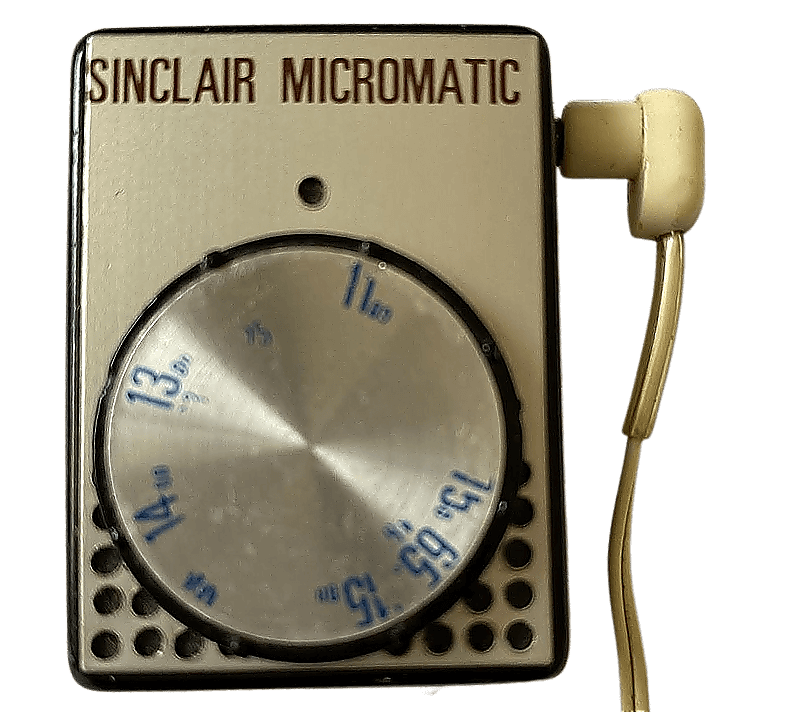 On 25th July 1961, he launched Sinclair Radionics Ltd., and the company's first product was the Sinclair Micro-amplifier. In 1963, he introduced the Sinclair Slimline to the range, a kit-form radio. In 1964, the X-10 amplifier was launched, which was one of the first switching (Class-D) amplifiers. However, a problem with its output transistors shorting led to a huge number of customer complaints and the product was scrapped. Also in 1964, the company launched the Micro-6, which was marketed as "the world's smallest radio". It could be worn like a watch with the transrista accessory and was roughly the size of a matchbox.
In 1965, "the world's first pocket-sized FM tuner-receiver" was one of Sir Clive's earliest failures, with technical problems and illegal clones being made in the far east leading to its quick demise. Undeterred, the company launched yet another miniature product, the Micromatic Pocket Radio. This made reasonable profits for the company, and by 1972 was raking in close to $100,000 in profits. It was marketed as the "World's smallest radio".
In 1966, Sinclair Radionics released its first hi-fi, the Stereo 25. However, when their supply of bulk-bought transistors ran out, the product was replaced by the Stereo 60 in 1969. This was the company's most successful hi-fi, and was part of the Project 60 range. A Project 60 kit was also released in 1972, with the more advanced Project 80 kit in 1974. 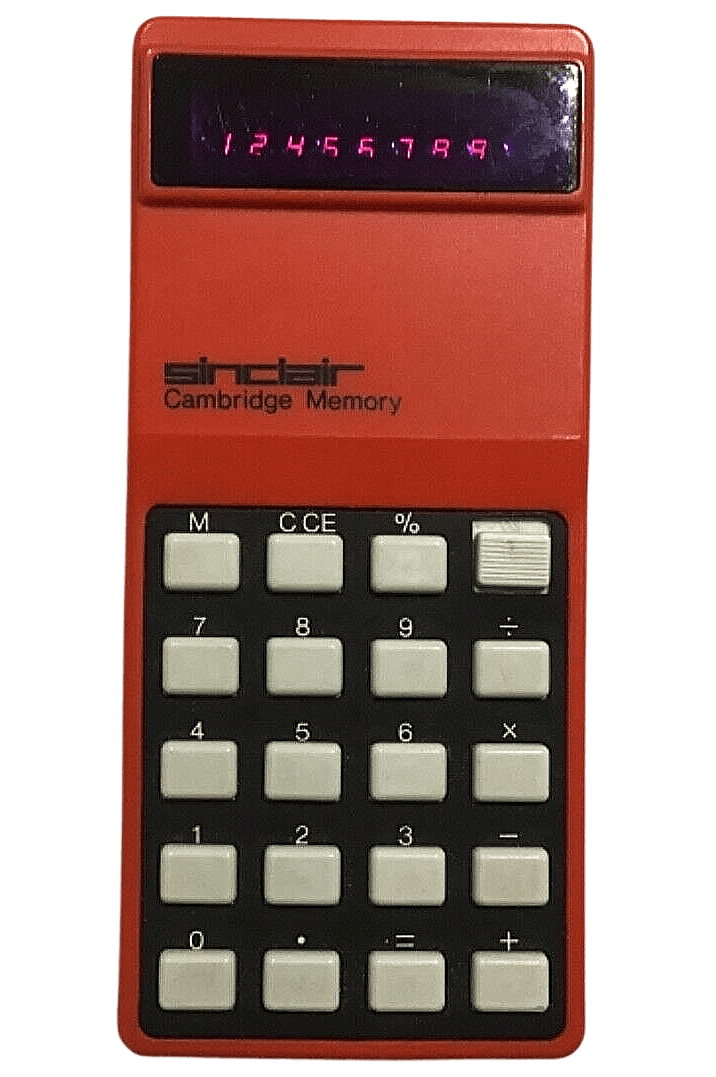 The company moved into the world of electronic calculators in 1972, switching its focus onto building low-cost, pocket-sized calculators. The Sinclair Executive was its first model, with a launch price of £79.95 (low-cost for a calculator but still a huge sum for the working classes) and it was the world's first slim-line pocket calculator. Its functions were basic, but its portability (you could run it on batteries and fit it into your pocket) made it hugely attractive, and it made £1.8 million profit for the company. The LED display, however, was a power drainer, which meant you needed a good supply of batteries.
As well as a cheaper release of the Executive, a second model, the Sinclair Cambridge was launched in 1973, which was available ready-built ot in kit form for just £29.95. In 1977, the "scientific programmable" Mark 2 cambridge launched for just £17.22.
The company's backbone was it scientific instruments, and in 1974 it launched the DM1 digital multimeter.
The Sinclair Oxford calculator range was released in 1975 and 1976, and the high-end Sovereign also launched in 1976 which featured a silver or gold plate coating. Although it was short-lived, it proved to be a huge success.
Two further models were released, the Sinclair Enterprise and President, although these were commercial failures. 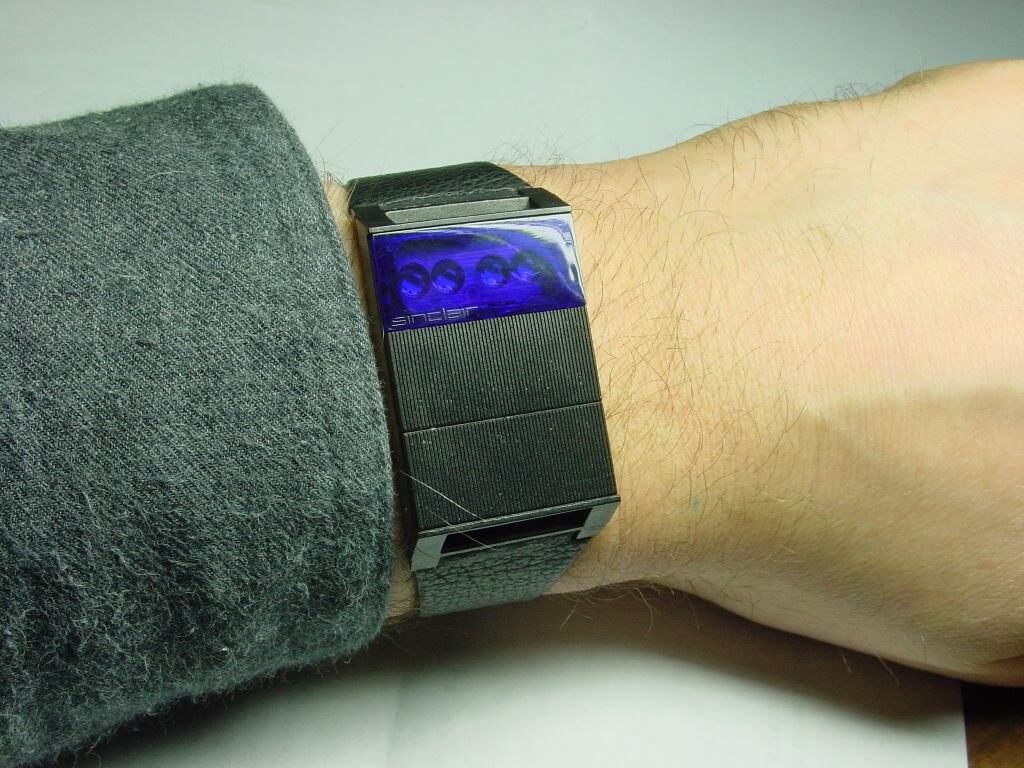 Another one of Radionics failures was the Black Watch digital watch. It was launched in 1975 and featured a five digit red LED display which only lit-up when the surface was pressed.

However, it proved to be a disaster for the company, with the watch itself being unreliable and innacurate with a poor battery life of just 10 days, they were also very fiddly to replace. The LCD display was also difficult to see in daylight, and the kits proved to be too difficult to make for the average hobbyist. The circuitry was also over-sensitive to static shock.

The company was also struggling to fulfil orders and almost went bankrupt through this product. It was saved by the labour government's National Enterprise Board (NEB).

Sinclair Radiophonics was left with a stockpile of unsold watches, so it cleverly launched the Microquartz car clock in 1977, which used the circuitry from the watches, and they actually sold quite well. 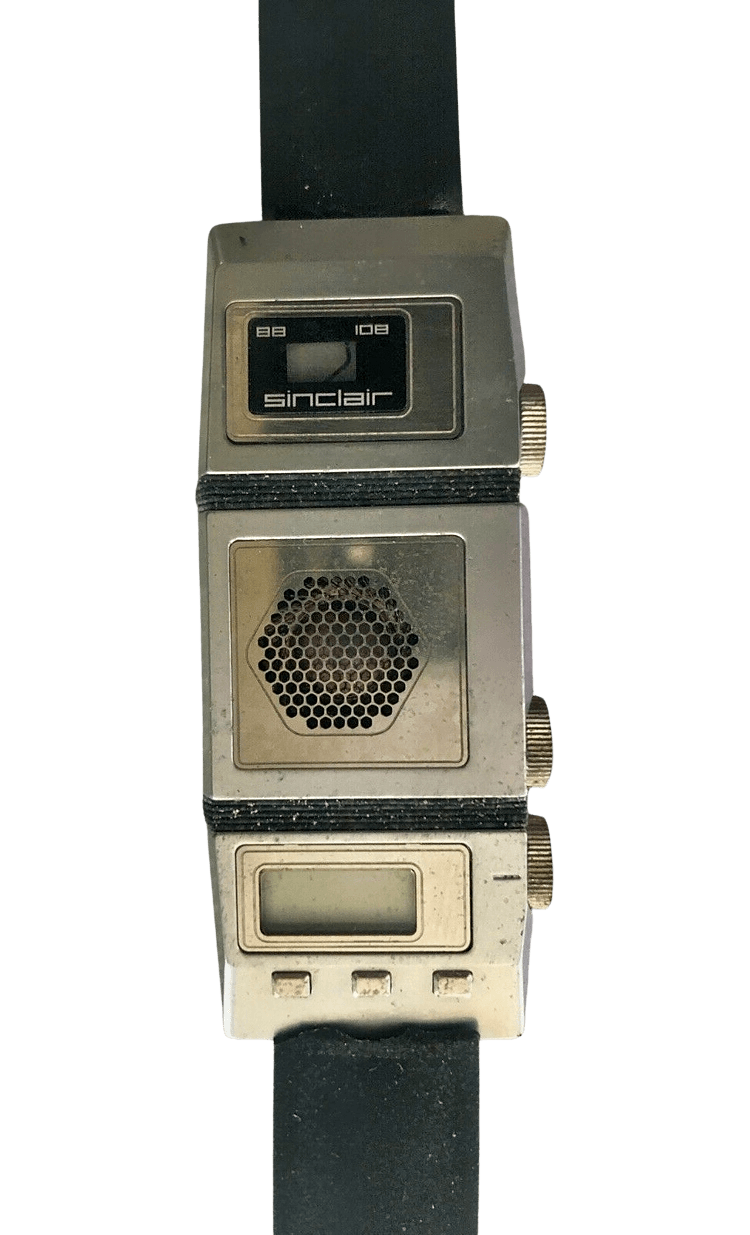 Creating a radio that was small enough to wear on your wrist was no easy feat back in the 80s, and it proved to be extremely costly to develop for many electronics companies. Sinclair Research launched their prototype FM Radio Watch in 1984, which featured an integrated speaker in the centre and a bulit-in aerial.
However, it ate into the finances of Sinclair a little too much, and just 11,000 were made. Personally, I think it would have looked a lot nicer without that speaker and just some earphones!

In 1966, Sinclair Radionics developed the world's first portable television the "Microvision". However, due to the high production costs involved, it wasn't launched until some ten years later in January 1977, as the Microvision MTV1A and MON1A with a price tag of £99.95. It proved to be another loss maker for the company, losing them around $480,000, and 12,000 unsold units had to be sold off at a greatly reduced price for a loss.
The 1977 launch came after the NEB bought a 43% share of the company in 1976 for £650,000 and the National Research and Development Council injected £1,000,000 into the funds to rekindle the microvision TV project.
Undeterred by the loss, the company tried again with the MTV1B in 1978, but, once again, sales proved to be disappointing. 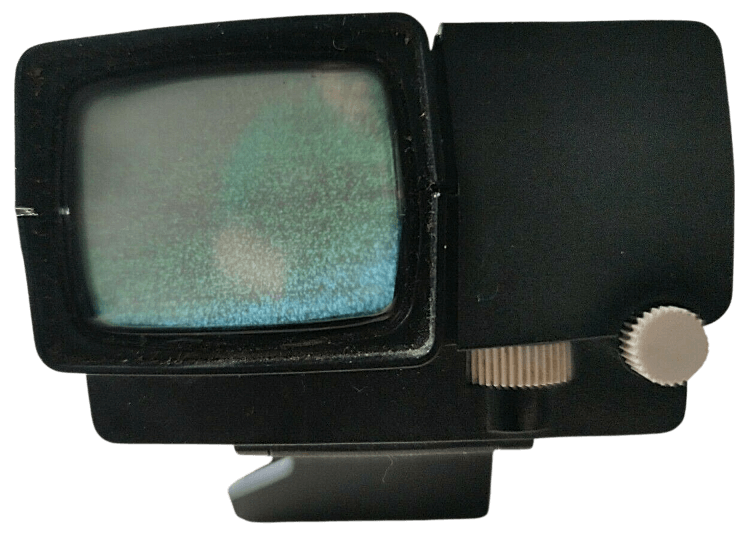 Clive Sinclair was certainly a tryer, and despite his previous TV product failures, decided to launch the TV80 in 1983 with his company Sinclair Research. The flat screen pocket TV (also known as the FTV1), was, once again, a commercial failure, and the flat CRT technology was already considered dated by many critics, who noted that Casio were developing LCD technology. 15,000 units were sold, which did not cover the £4 million investment. 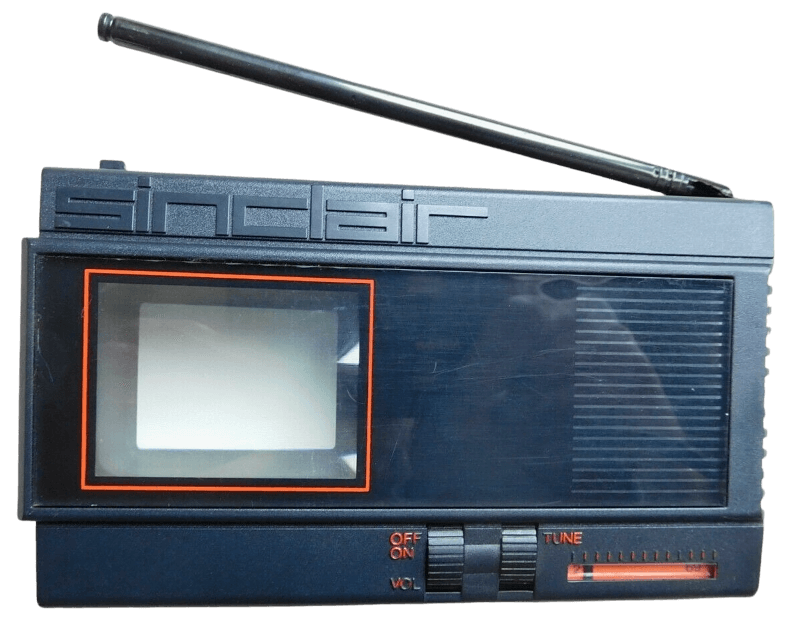 The entrepreneur entered the home computer market in 1980, starting with the ZX80, the cheapest home computer to be sold for under £100, retailing at £99.95 ready-built, or just £79.95 in kit form. At this time, Clive's company was named Science of Cambridge Ltd. Around 50,000 units were sold in total. 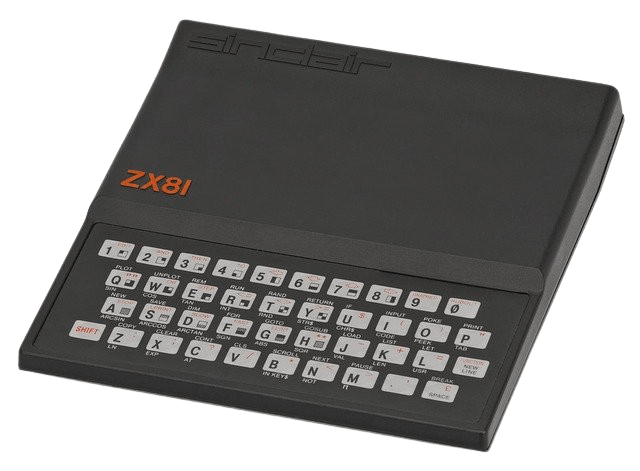 In 1981, the company became Sinclair Research and in March they launched the ZX81 for £69.95 ready-built or £49.95 as a kit to assemble yourself. The computer was even more successful than its predecessor, selling 1.5 million units.

In 1982, Clive Sinclair decided to buy and convert Baker and Wadsworth's mineral water factory in Cambridge into his new headquarters. He also bought Milton Hall in the village of Milton, Cambridgeshire to develop his new computer, the ZX Spectrum.
It was launched on 23rd April 1982, and went on to become Britains's best-selling microcomputer, selling around 5 million units worldwide. It featured huge improvements over the ZX81, with 16kb entry level RAM and a colour display. Along with its biggest rival the Commodore 64, the Spectrum helped to create a boom in the computer gaming and software industry, and continued to be built until 1992.

In 1984, Sinclair launched a higher spec version of the Spectrum. The QL was marketed to more serious home computer enthusiasts, professionals and small businesses, with a launch price of £399.99. However, it never really captured the public imagination, and just 150,000 units were sold.

In 1984, plans were laid out for a new and improved version, the ZX Spectrum +, which was launched in October with a retail price of £179.95. It featured an improved QL style keyboard which was injection-moulded. The price was dropped to £129.95 in 1985 and the original ZX Spectrum with the rubber keys was discontinued. 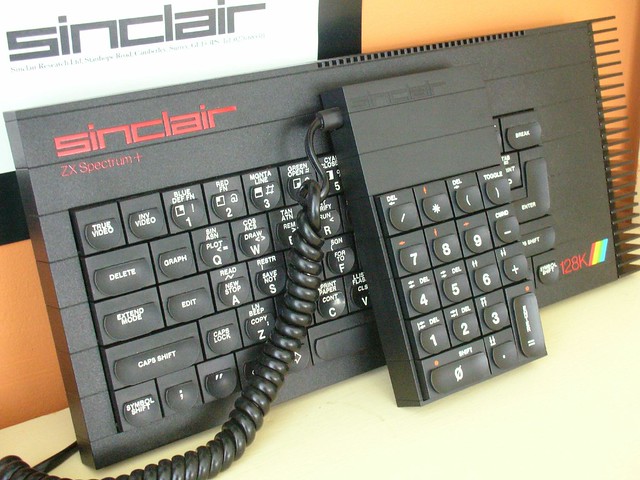 During 1985, Sinclair started working on a new computer for the Spanish market, and released it as the ZX Spectrum 128. 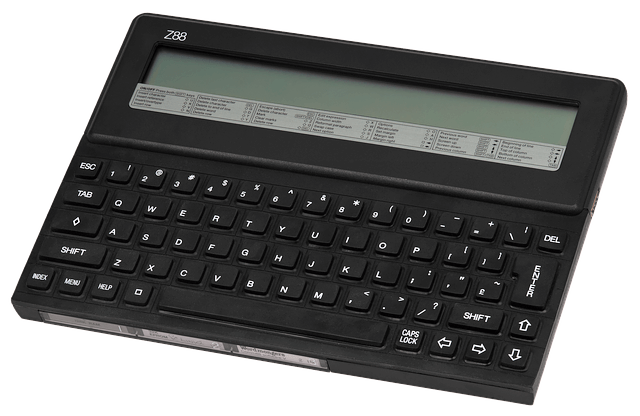 The Cambridge Z88 was based on Sinclair's Pandora project and was launched on 17th February 1987 by Clive Sinclair's Cambridge Computers company. It was about the size of an A4 sheet and it featured an in-built application called Pipedream, which featured a word processor, spreadsheet and database. The machine has gained a cult following. It's powered by four AA batteries, although you will only get around 20 hours of use out of these if you're lucky! A PC link accessory could be bought which allowed the user to connect it to a PC computer and back up the data. It featured a pretty clear LCD display with eight lines.

Sinclair Vehicles was founded in March 1983, with an investment of £8.6 million, with the former DeLorean manager, Barrie Wills, appointed as managing director. Depsite this, just one vehicle was manufactured, the ill-conceived C5.

Was it an electric tricycle or an an electric car? Well, nobody was quite sure, and this uncertainty was just the start of its problems. The C5's short range (20 miles if you were lucky!), lack of speed (max 15mph), no weatherproofing and safety concerns all contributed to its notorious failure.

Its small size and flimsy looks were a major problem, and being so low to the ground gave a feeling of vulnerability, making it only ideal for anyone who enjoyed the risk of being crushed by an HGV.

There was a dramatic, glitzy launch at Alexandra Palace in London, with oodles of promotional products (hats, mugs, T-shirts etc.) and attractive females bursting out of boxes. Unfortunately, many of the demonstration models didn't work, with a Guardian newspaper reporter experiencing a flat battery after just seven minutes. It was, quite frankly, a disaster!

14,000 were made but just 5,000 were sold, despite a tempting price tag of £399. Sinclair announced that "sales have not been entirely up to expectations". That was the understatement of the year!

Nonetheless, the C5 has since gained a cult following, with owners creating highly modified vehicles, adding big wheels, and bigger electric engines, achieving speeds of up to 150mph! Rocket-powered C5 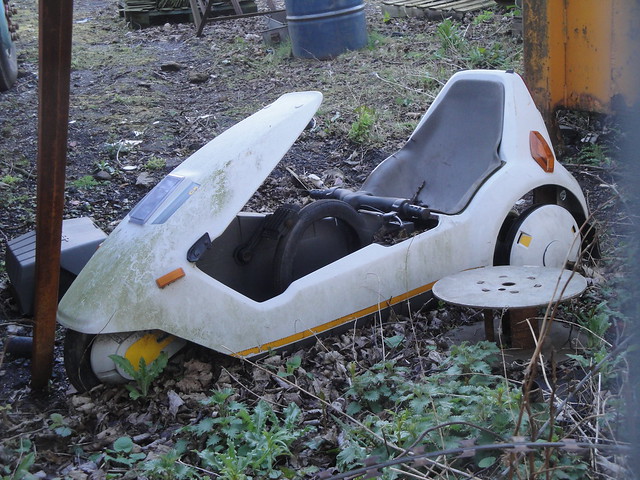 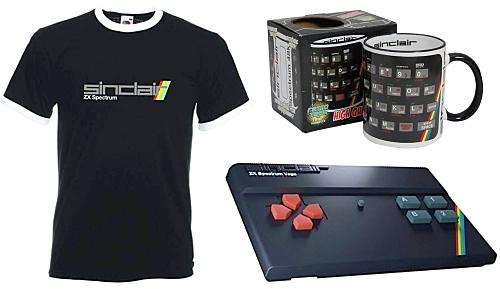