"It's Chriiiistmaaaaas!!" When you hear Slade's lead singer, Noddy Holder, shouting out his iconic festive message, you know that you're in a supermarket in October!

This is one of the most memorable Christmas tunes from the 1970s, but also re-entered the singles chart every year during the early 80s, in 1998 and every year since 2006.

The video clip is from the Christmas 1983 Top Of The Pops, which was hosted by DJ's David Jensen (dig the jumper!) and John Peel. 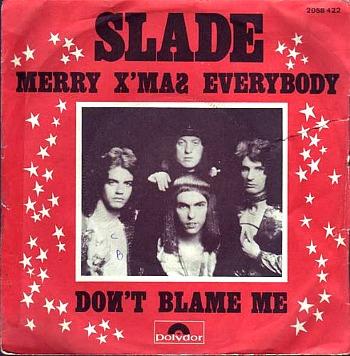 The melody for the chorus of the song was actually conceived in 1967 by the band's frontman Noddy Holder, and came from an unreleased song entitled "Buy Me A Rocking Chair". Back then, the band were called The 'N Betweeners.

The song came at a time when many families in the UK were struggling financially, with just about everyone on strike. Noddy actually wrote the song to try and bring some festive cheer to a country that was on its knees, hence the line "look to the future now".

During the Glam Rock years, Slade achieved success with 17 consecutive Top 20 hits in the UK and six No.1's. Merry Xmas Everybody was Slade's 10th consecutive hit single and the band's biggest selling. It reached #1 in December 1973 and was still in the charts well into February '74.

Wizzard also has a #4 hit in Dec 1973 with their festive tune I Wish It Could Be Christmas Everyday.  What a great year for Christmas songs! 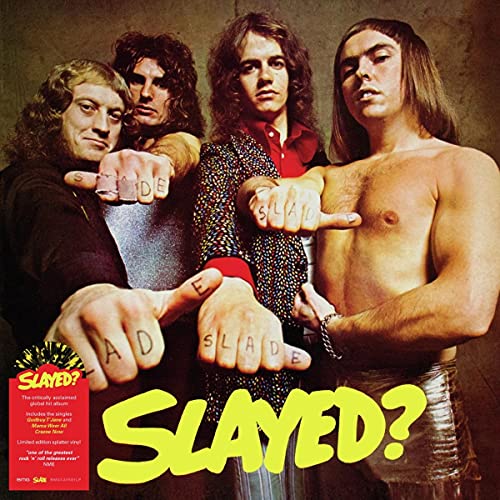