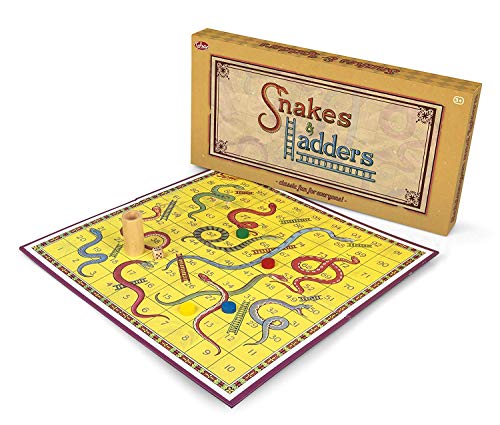 Snakes and Ladders is actually based on an ancient Indian board game called Moksha Patam, Since the 1940s, a more commercial version of the game without any Indian pictorial references has been played in the UK, and this newer version coincided with the collapse of the British Empire and the second world war.

How To Play Snakes and Ladders

The object of the game is to be the first to reach the 100th (last) square. Each player takes it in turn to roll a dice, and then moves their token accordingly. So if a player rolls a three, he/she will move three squares forward. If a player rolls a six, they move six squares and then have a free throw of the dice. Moving onto a ladder allows the player to climb up the board, but landing on a snake head causes the player to slide down the board. When close to the 100th square, the player needs to roll the exact number on the dice to land on it and win the game. Rolling more than the number of squares required can cause the player to go backwards. For instance, if the player is two spaces away from the last square and rolls a five, they should move forward two spaces and then back three spaces. 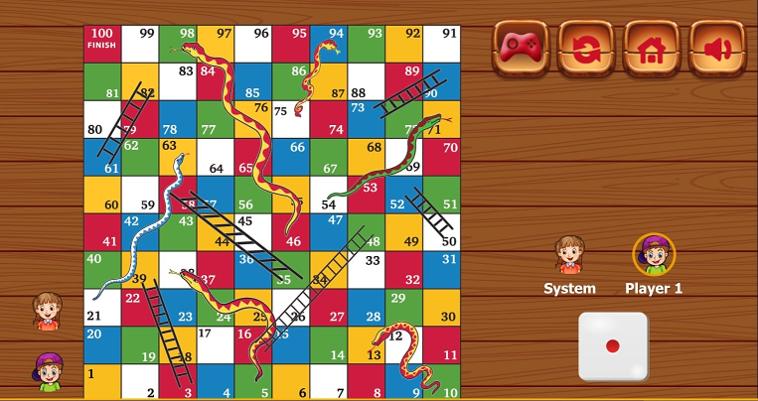 Screenshot of Online Snakes and Ladders