Although this song was originally released as a 7" single in 1970, it actually took ten years for it to reach No.1 in the UK! It did so on 31st May 1980 and this was mainly due to the popularity of the TV series.

The track was produced for the 1970 movie and sung by Private Seidman (played by Ken Prymus) during the scene Last Supper. It was composed by Johnny Mandel (who has also written songs for the likes of Frank Sinatra, Tony Bennett, Peggy Lee and Barbra Streisand) and penned by Mike Altman (when he was just 14 years old), the son of the director of the M*A*S*H movie Robert Altman.
According to the director, his son made over ten times the amount of cash from writing the lyrics for the song (over $1 million) than was made from directing the movie. To rub salt into the wounds, his son took just five minutes to write them!

Although the song was initially only going to be used for the one scene in the film, Altman liked it so much that he decided to use it as the theme tune. Several instrumental versions were recorded for the TV series - being a fan of lyricless music I actually prefer these!

The single pushed Johnny Logan's What's Another Year off the UK top spot and spent three weeks at No.1, before being knocked off its perch by Don McLean with Crying.

The finale of the TV series Goodbye, Farewell and Amen was watched by around 125 million viewers in the U.S., and this the highest ever TV audience for a single episode of a TV series at the time. In total there were 256 episodes. 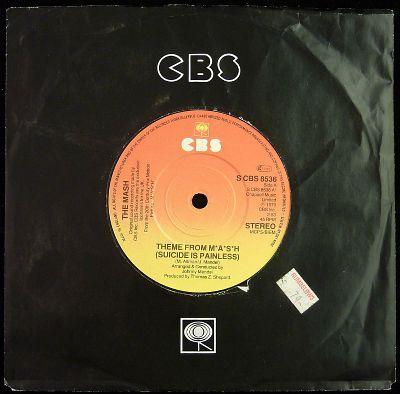 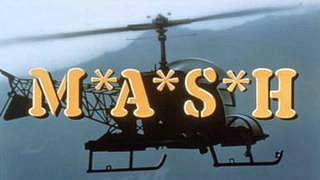