Sonia's debut single "You'll Never Stop Me Loving You" remains her biggest and best-known hit song, and was her only No.1 hit in the UK and Ireland. You can watch the official video above, which features the bubbly Sonia having fun with an attractive guy who towers over her!
The single entered the UK singles chart at No.55 on 18th June 1989, and was only the sixth highest new entry that week. Just one month later (on 16th July), she claimed the No.1 spot for two weeks, and even managed to prevent Bros from reaching No.1 with "Too Much".
On 30th July, the English singer was pushed down to the No.3 spot by Jive Bunny's "Swing The Mood" and fellow PWL girl Kylie Minogue with "Wouldn't Change A Thing", which entered the chart at No.2
Thankfully, there were more hits to follow, and Sonia went on to become the first female UK artist to achieve five top 20 hit singles from one album.
Everybody Knows wasn't released until April 1990, and reached No.7 in the UK album charts. 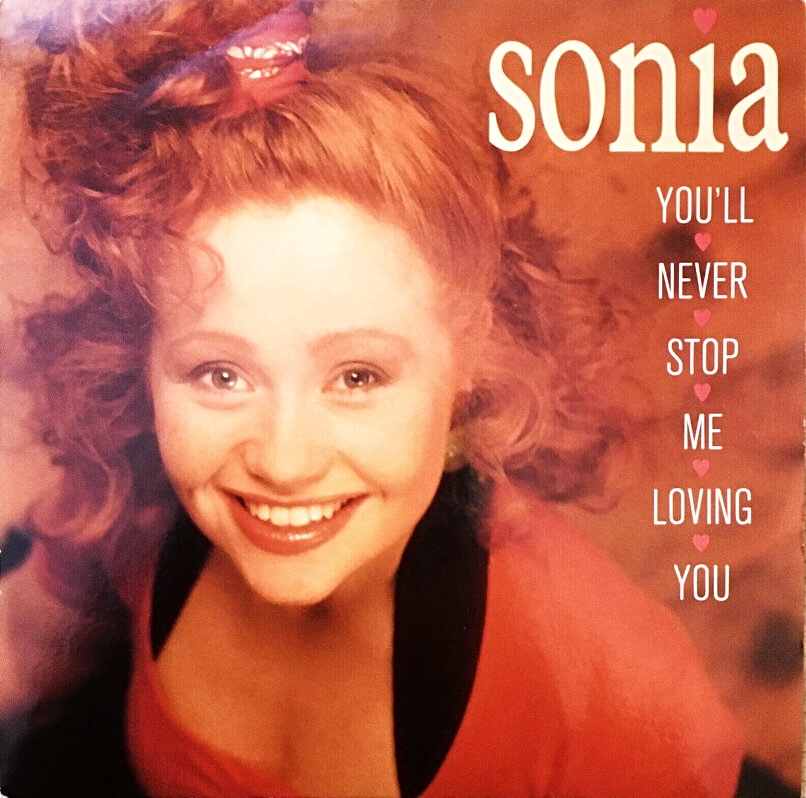 Just 18-years-old, the very bubbly Sonia Evans met Pete Waterman while he was performing his Liverpool radio show. She was desperate to gain his attention and asked him if she could sing to him when he left his studio. He agreed, and invited her to sing on his radio show, after which, she was signed up by PWL and Chrysalis Records, with Stock Aitken Waterman producing her debut album.
There's no doubt that this girl can sing (I think her voice actually sounds fuller than Kylie's), and the song definitely has an infectious and cheerful melody. However, production wise, it's all a bit generic and lacks distinction, and the song simply recycles the sounds used in many of the other S/A/W releases -  I would imagine that some people may have thought that this was a Kylie single when they first heard it on the radio. Nonetheless, I still prefer this to the headache-inducing garbage on the radio these days that calls itself music.
All UK released (7", 12" and cassette single) included an instrumental version on the B-side. Indeed, the 12" was rather disappointing in that there was no extra track or a different remix.
The U.S. releases, however, did include a different mix, and it was a controversial one. The 12" included Sonia's Kiss Mix, and the cassette included Kissing Mix, which were actually both the same mixes. Now, you won't fail to notice that it sounds incredibly similar to Lil Louie's classic house hit "French Kiss", which, incidentally, entered the UK singles chart at No.10 on 23rd July while Sonia was at No.1.
I'm not sure why Lil Louie didn't kick up a fuss about this remix (if he did, it wasn't reported anywhere), but this version definitely went down well in the U.S. clubs, and reached No.10 on the Billboard dance chart. 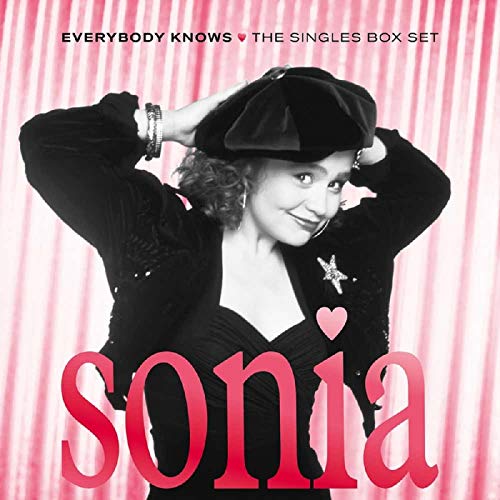 Sonia - Everybody Knows (The Singles)BUY from AMAZON