My biggest memory of Space Harrier is excitedly heading for the arcade cabinet at a motorway service station while on our summer holiday. After entering a 20p coin, the first thing I heard was "welcome to the fantasy zone!", quickly followed by "get ready!". Combined with colourful visuals, it was a game that certainly caught your attention in the arcades. 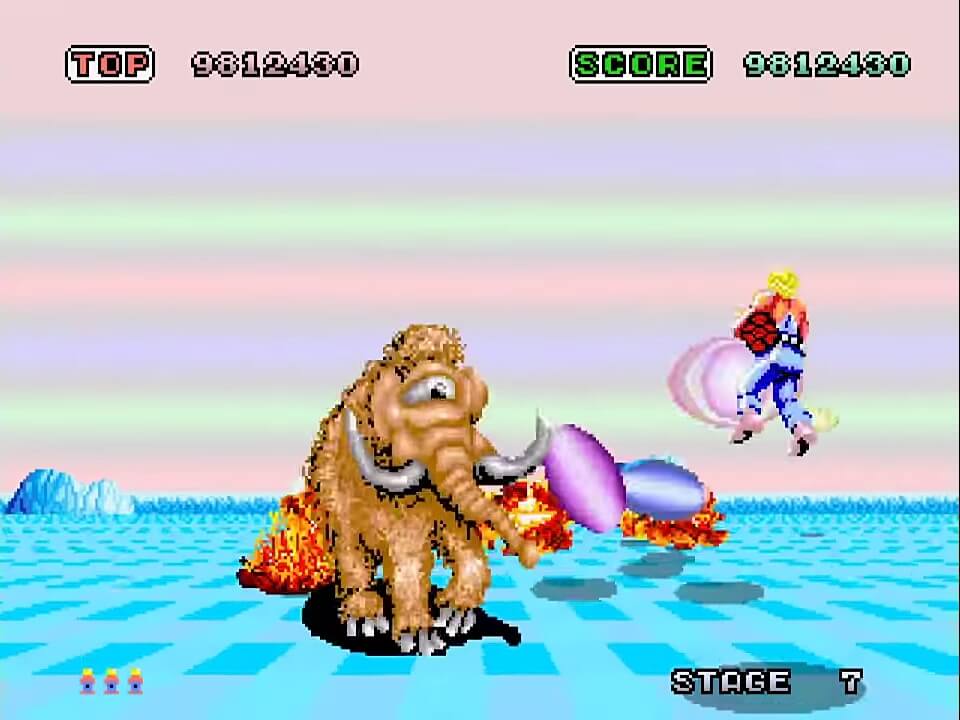 The video clip at the top of the page features the Atari ST version of Space Harrier (by Elite) from the 80s. This was the version I played at home, and the moment I heard that music again it brought the memories flooding back. Personally, I always found the game very difficult to play (and many reviewers of the day thought likewise), and it took a fair bit of practice to get to grips with the gameplay.

Space Harrier's vibrant colour palette is remembered with fondness by many. The game was originally released into the arcades in 1985. Produced by Yu Suzuki, it was then ported to various video game systems and 8-bit and 16-bit home computers including the Sega Master System, C64, Amstrad CPC, Atari XL/XE, Atari ST and Amiga. The home computer versions were mainly on the Elite label.

The setting is a brightly-coloured fantasy world full of prehistoric creatures and flying robots, and features chequered grounds and multi-coloured skies. It was certainly a crowd stopper at the video game shows and in the arcades.

Space Harrier is a third person 3D shooter. Armed with a a jet-propelled, laser cannon that releases balls of fire, the player plays the role of a shirtless, blonde haired male character simply named Harrier. He has to blast his way through 18 levels to complete the game, flying, shooting aliens and dodging obstacles and enemy fire at the same time, which required good concentration. The end of level bosses were particularly challenging.
The arcade game received positive feedback from most critics of the time. 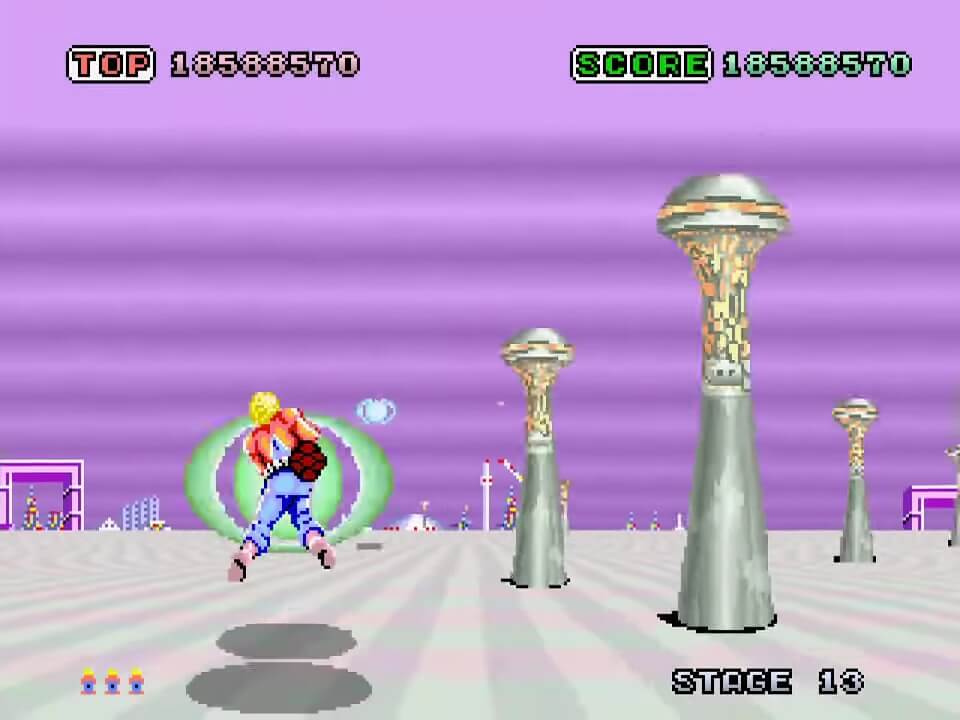 Space Harrier was ported to many of the popular home computers of the time, including the Amstrad CPC, Atari ST, Commodore 16 and C64, Amiga, IBM PC and ZX Spectrum.

Well, it was a huge project to convert a game such as Space Harrier to the ZX Spectrum 48k. While it suffers from a lack of colors, the checkerboard surface is included (which is missing from the Amstrad and Commodore versions), although this makes it difficult so see what you are doing! Due to the limitations of the hardware, there is no music and just the "farting" sound (that seems to feature in so many Speccy games) which makes Harrier sound like he is desperate to find the nearest loo!
Nonetheless, the game's speed is decent compared to other 8-bit ports and seems more complete than the Amstrad and C64 versions. It's the best of the 8-bit versions, for sure. 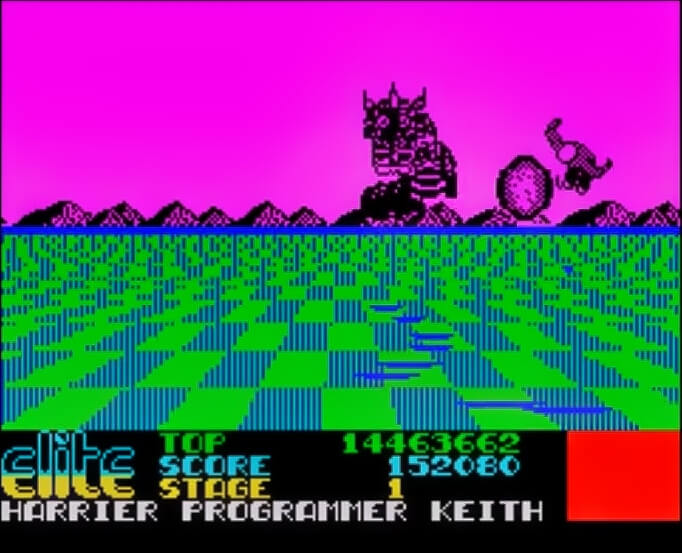 The Commodore Amiga version of the 3D space game was published by Elite, and it was a pretty competent port. The bonus levels from the arcade version were not included in any of the conversions. The game is controlled by the mouse and auto fire is included. Graphically, it's the best port and certainly plays better than the frustrating Atari ST version which suffers from slow-down, poor loading times and has its graphics in a smaller window. 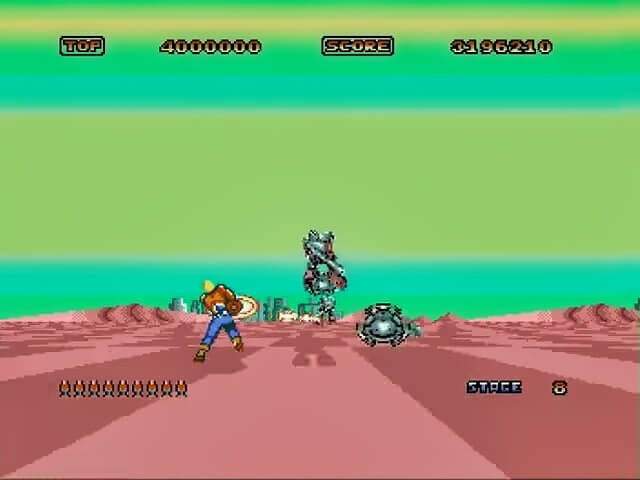