The video clip above features an excellent live (official) version of To Cut A Long Story Short, but the original 1980 video is also available to view further down this page.

Released at the start of the eighties, the song was the debut single by Spandau Ballet and reached #5 in the British singles chart. This is actually one of my favourite songs by the band as it has that early 80s electronica sound, which I adore.

Indeed, the band were keen to embrace the new wave sound that would impress the young and trendy Blitz nightclub members. Before it's release, the song gained a lot of airplay on some radio stations, and it became so popular that the band were approached by numerous record labels who all offered a tantalizing immediate pressing of the single if they signed up to them - just about every pop record label wanted to sign the group!
It was Chrysalis who would win the deal, and the single was released on October 31st 1980.
Embed from Getty Images
Depsite wearing expensive historical military tartan (a look that was copied on the trendy dance floors of the UK), looks can be deceptive, and the band were actually strapped for cash. Chrysalis agreed to pay for the necessary dance remixes for the clubs.
In fact, the band almost had Chrysalis eating out of their hand, and they enjoyed the rare pleasure of complete control over which songs were to be released as singles, and also the record sleeve artwork, marketing and the video releases - this was very rare back in the 80s.

The single was lifted from Journeys To Glory, an album that sounded very fresh at the time, and was aimed at anyone who was fed-up with disco and punk. Although Spandau Ballet never looked as androgynous as other New Romantic bands, this album proved that they were certainly part of the New Wave movement.

Two more tracks were released as singles; "The Freeze" (#17 UK) and the double-A side "Musclebound"/"Glow" which peaked at #10. 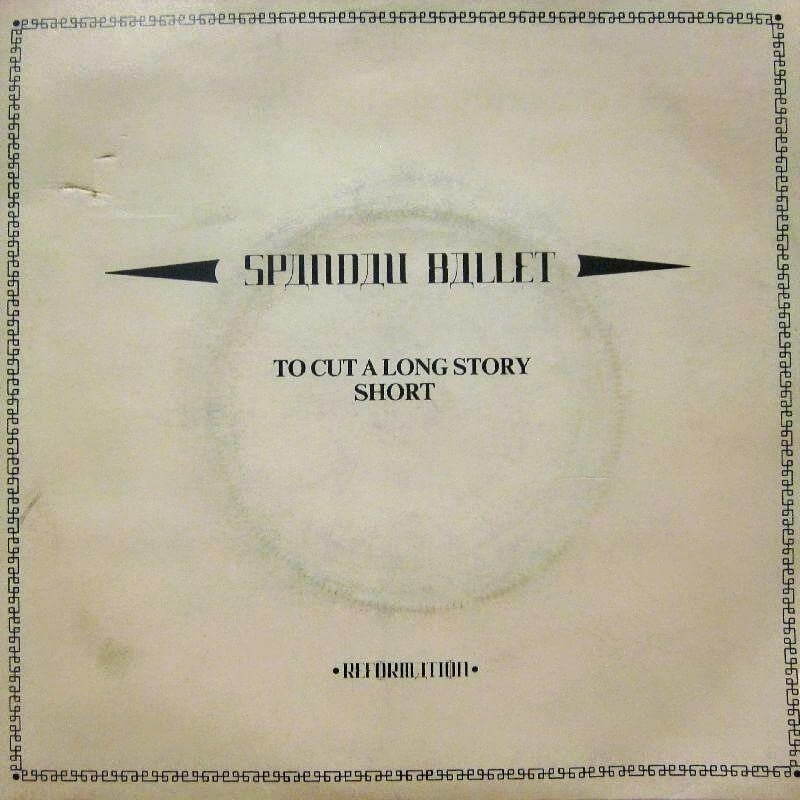