Gold - The Best Of Spandau Ballet

The playlist of official videos above includes every major 80s hit by Spandau Ballet. The four extra links provide more info and single sleeve photos, plus a different video for that particular song.
Spandau Ballet formed in London in the late 1970s, and went on to become one of the most successful bands of the 80s. 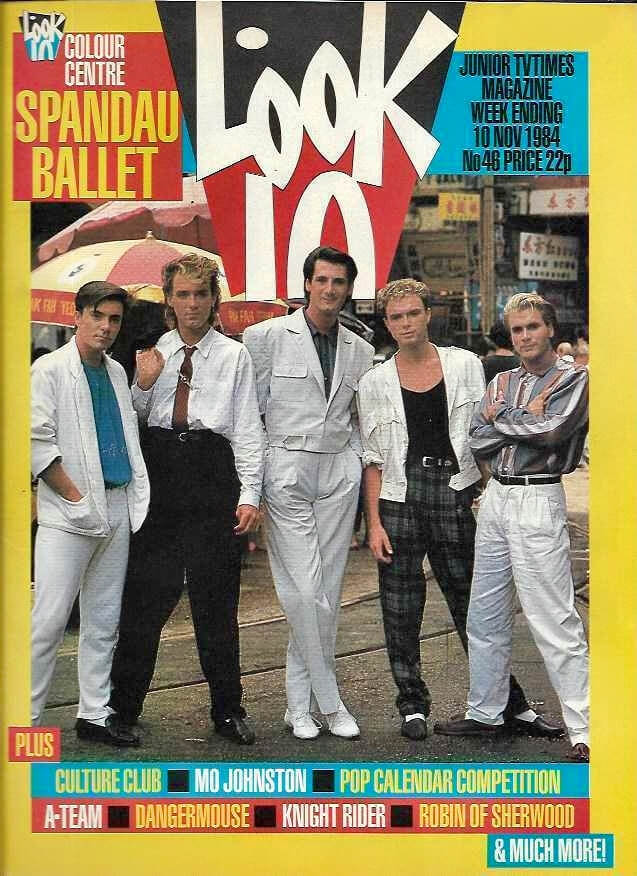 The band also had four Top Ten albums in the UK between 1980 and 1990 - three of these reaching Platinum sales in the UK - and became one of the most successful bands of the eighties.

Spandau Ballet were inspired by the New Romantic fashion era, and their music features a mixture of jazz, funk, soul and synthpop. The peak of the band's musical career came in 1983 with the release of the album True, which gave the band their first chart hits in the U.S. This featured their biggest hits including the title track which reached #1 in the UK (#4 US) and Gold which made #2 in the UK (#29 U.S.).

The band split acrimoniously in 1990 but announced their reunion in March 2009, complete with a tour that began in October 2009 with all the original members; Tony Hadley, Gary Kemp, Martin Kemp, Steve Norman and John Keeble.

Bassist Martin Kemp appeared on the British version of Celebrity Big Brother on Channel 5 during August 2012, alongside a few celebs who were well known during the 80s such as camp comedian Julian Clary and Coronation Street actress Julie Goodyear. 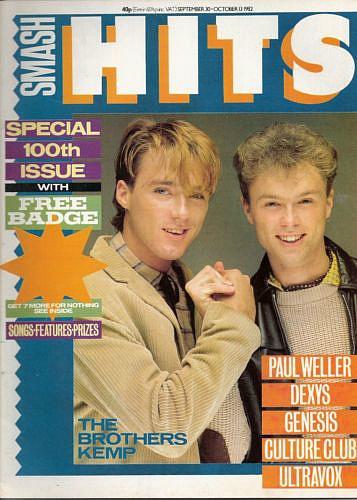 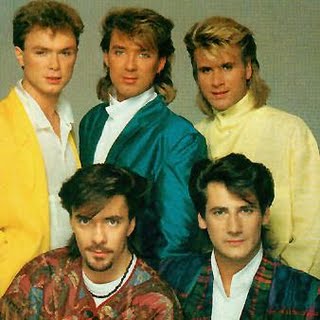 Spandau Ballet were one of the most successful bands of the 80's, and released six studio albums and 17 Top 40 singles.

Once More was Spandau Ballet's seventh and final album, and featured 11 re-recordings and 2 new tracks. 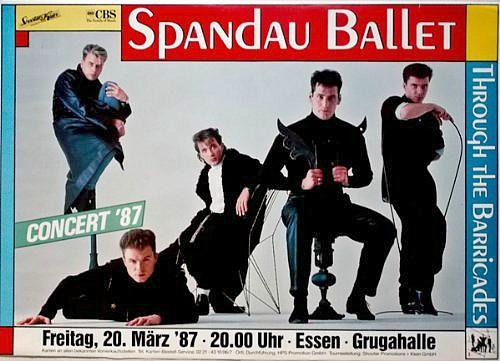 Released on 6th March 1981, the band's debut album was bold and inventive and one of the very best albums to be released in the 80s. Journeys To Glory featured eight tracks with three being released as singles; To Cut A Long Story Short (#5), The Freeze (#17) and Musclebound/Glow (#10), the latter being a double A-side. 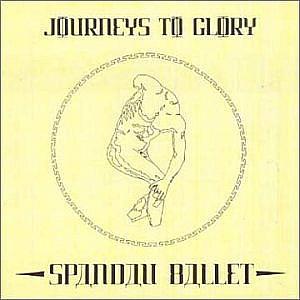 The band's second studio album (on the Chrysalis Records label) was released on 25th May 1982. It has a less polished sound than later releases and certainly isn't as well-known. However, it also had real energy and lots of exciting experimentation that is missing from later works.

The lead single Chant No.1 (I Don't Need This Pressure On) was released to promote Diamond a whole year before the album was eventually released! This was the band's fourth single release overall and reached No.3 in the UK. 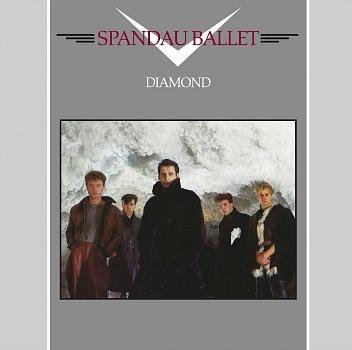 True was the band's third studio album and included 8 tracks. Four of these were released as singles; "Lifeline" (Reached No.7 in the UK), "Communications (No.12), True (No.1) and "Gold" (No.2).
In 2010, a new edition was released with a bonus disc that featured 14 tracks. Tracks 1-10 were mostly remixes, 12 inches and instrumentals. Tracks 11-14 were live performances of "Code of Love"."The Freeze", "Glow" and "Heaven is a Secret" recorded at Sadler's Wells Theatre in London on May 1st 1983.
True was a chart-topper in the UK, achieving a platinum sales certificate. It also reached No.1 in New Zealand and The Netherlands, and was the band's only album to reached the top 20 in the U.S., peaking at No.19. 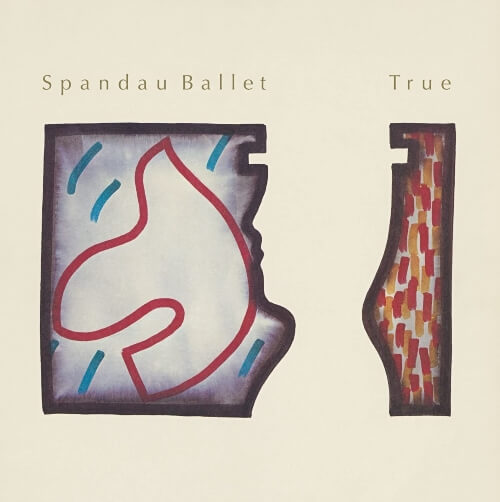 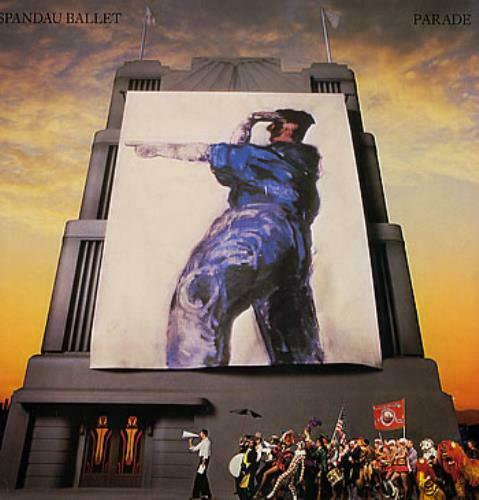 GOLD - THE BEST OF SPANDAU BALLET

This CD and DVD comprises of 17 chart hits which span their career from 1980-1986. The package includes ten top ten singles alongside their more popular album tracks.

Gold, Through The Barricades and Chant No. 1 (I Don't Need This Pressure On) are all featured alongside True, which was the band's only number one single. 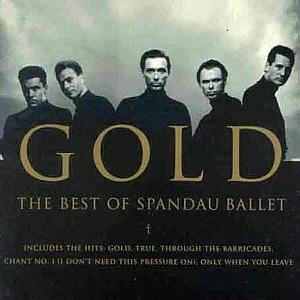 Spandau Ballet's fifth studio album reaqched #7 in the UK and achieved Platinum sales. There was more of a rock orientated sound on some of the tracks (such as Cross The Line and Man In Chains), and this was, no doubt, to try and attract sales in the US.

Personally, I found the overall sound a bit confused and they sounded dangerously like a stadium rock band (such as Survivor) but without enough gusto to pull it off. Sadly, I feel they kind of lost their way with this album and it's a world away from the exciting Journeys To Glory. 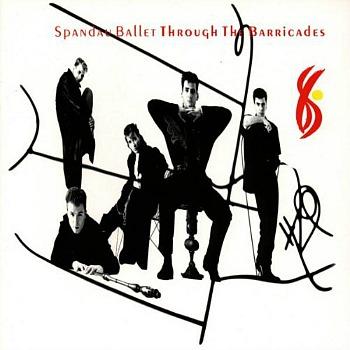 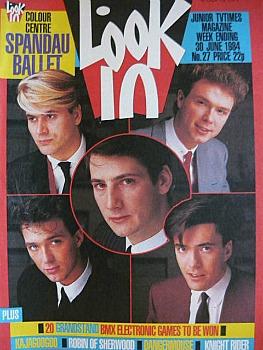 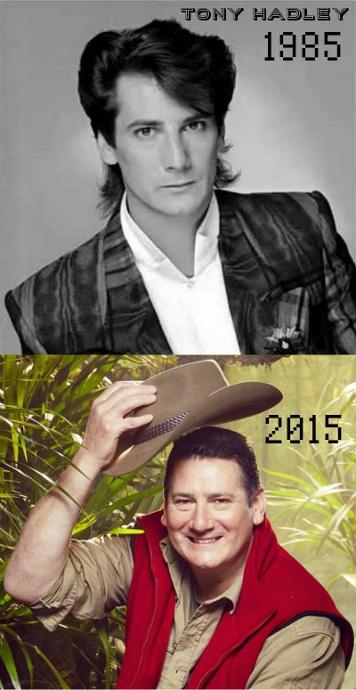 Tony Hadley with high maintenance hair in 1985 and posing before his entry into the jungle on ITV's "I'm a Celebrity, Get Me Out of Here!" in November 2015. 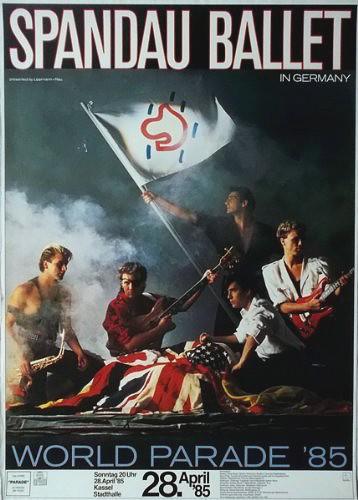