In the 1980s, Speedball was a fast-paced, futuristic sports game that was like a violent version of hockey (with elements of pinball) and was inspired by the film Rollerball. However, these days it's known as a dangerous drug, apparently - how times have changed!

Created by The Bitmap Brothers (who also released Xenon during 1988) the idea of the game was to gain possession of a metal ball and hit it into your opponents goal.

The game was initially released on the Atari ST in November 1988, but then ported to the Commodore Amiga, PC, C64, Sega Master System and several other systems. The game won the 1989 Golden Joystick Game of the Year Award. 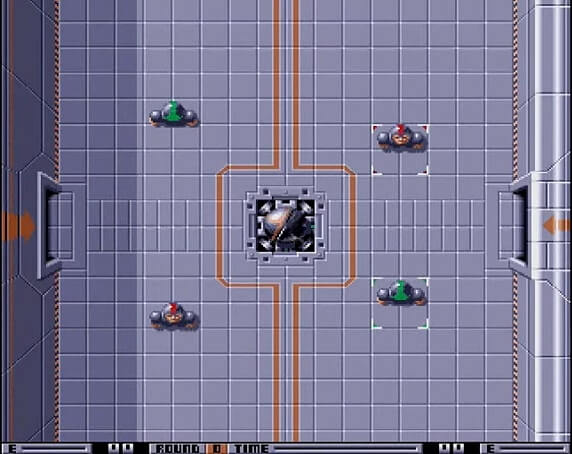 Screenshot from the Amiga version of Speedball

Before starting the game, the player must choose from one of three captains based on their stamina, power and skill, which each having different levels of each. For fairness, the other team players have equal amounts of each. However, taking knocks during the game reduces stamina, causing them to slow-down, which I remember became very frustrating!
The gameplay takes place on a metallic-looking blue-grey court, which has a goal at each end built into the walls. There are also black rebound domes which are similar to those used in pinball, as well as two side cut-outs which the ball passes through, appearing on the opposite side. The entire play area does not fit onto the screen, and the game uses multi-directional scrolling. The player controls only one speedball player at one time, and can choose to play either against the CPU or another player.

The speed of gameplay is just about right (fast but not hectic), and the two-player mode really was just brilliant, making the game highly addictive - I can imagine many gamers would have been playing well past their bedtime, and probably turning up late for school/work the next day! 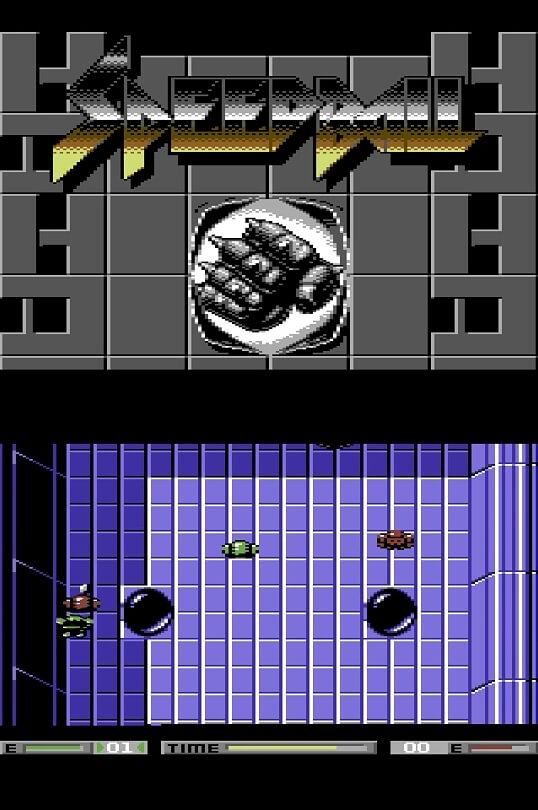 Commodore 64 Screenshots
There are also power-ups in the game which can do strange things to the ball, such as electrifying it which causes damage to your opponents! Collecting coins will gain you a bonus at the end of the game such as enhancements and extra time.
The music in the game was composed by David Whittaker, who composed the music for dozens of video games during th 1980s.

Reviewers gave mainly positive reviews of the game, with ACE magazine awarding 834/1000 for the Atari ST version. The game won The Golden Joystick Game of the Year Award in 1989.

Although Speedball 2 - Brutal Deluxe was seen as an even better game by many, it was the original Speedball that gave gamers that initial excitement, and without it, Speedball 2 wouldn't have been created, of course.

I've seen mixed comments about Speedball 2 on Youtube, with still many people preferring the original. I guess it's personal choice! 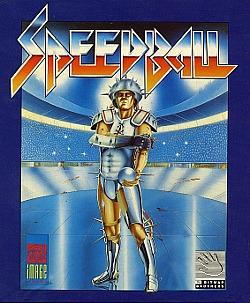 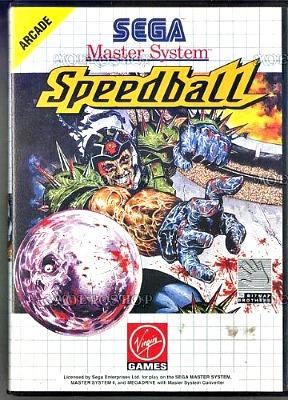