Back to the Old Skool

"Numero Uno" is a long forgotten early Italian house track (with elements of acid house) that I remember was popular in the clubs I used to frequent in England back in 1989. It was a one hit wonder, although the group did have many more hits under the name Black Box - you will certainly remmeber them! 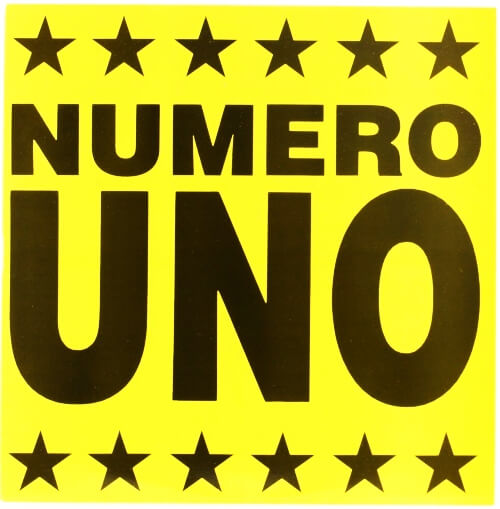 Starlight were an Italo house act who formed in 1988 in Italy, and consisted of an interesting mix of musicians; clarinet teacher Valerio Semplici, DJ Daniele Davoli, and electronic music maestro and keyboardist Mirko Limoni. The group's first single "Numero Uno" was released in Italy during 1988, but was released in 1989 in most other countries. It didn't hit the UK singles chart until 13th August 1989, when it entered at No.39. Spookily, the single reached No.9 on 3rd Sept (for two weeks) in the same week that the team reached No.1 with "Ride On Time" under their new title of Black Box.
In the UK, and on most 1989 releases, the single was released on the City Beat label and distributed by WEA Records Ltd. The 12 inch vinyl included the Club Mix (6:04) on side A, and the Alternative Mix (6:12) on the B-side.
The original 1988 release in Italy (on the OUT record label) featured "Numero Uno" (6:04) on the A-side, with a different track "Acid One" on the B-side.
The Canadian 12" and cassette singles featured four mixes; Club Mix (6:04), Alternative Mix/Edit (4:15), Acid Mix (6:12) and Club Edit (4:08)
Sometimes credited as Groove Groove Melody, the group also produced the 1989 single "Vocalizado" for the Italian vocalist Robby Magno. They also released a maxi single "Airport '89" using the name Wood Allen, which reached No.99 in the UK singles chart.
On listening to the track again for the first time in many years, it has made me realise just how much energy the dance music scene had back in the late 80s. The house sound was very fresh sounding back then, and I'm so grateful to have been their at the start of it all.