A power ballad with an electric guitar solo that features in a movie is about as 80s as you can get, and The spin-off band from Jefferson Starship scored their first and only number one hit in the UK with "Nothing's Gonna Stop Us Now". The song featured on the soundtrack to the movie Mannequin (which starred Andrew McCarthy and Kim Cattrell), and was played during the wedding scene in the film. It was also included on the band's second studio album No Protection, which was released in July 1987. 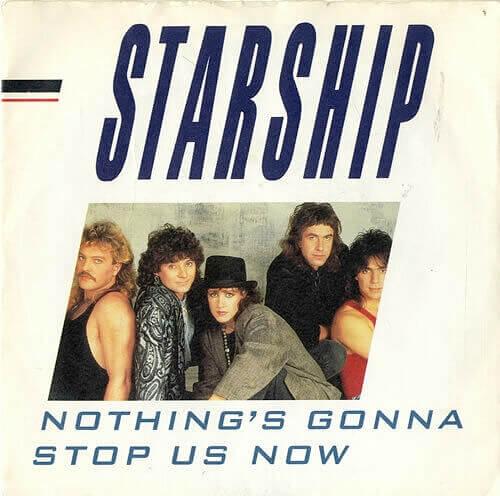 In the U.S. and Canada, the song became Starship's third number one - "We Built This City" and "Sara" topped the charts in both countries during 1985.
The single entered the UK singles chart at No.82 on 29th March 1987, reaching No.1 on 3rd May, replacing Madonna's "La Isla Bonita". The single remained at No.1 for four weeks, preventing Judy Boucher's "Can't Be With You Tonight" and "A Boy From Nowhere" by Tom Jones from reaching the prestigious top spot.
The song was pushed back to No.2 on 31st May by Whitney Houston and "I Wanna Dance With Somebody (Who Loves Me)". It spent a total of 18 weeks in the UK Top 100 (20 weeks including a re-entry in 2013), and became the second best-selling single of 1987.
The B-side featured "Layin' It On The Line" recorded live at Stopher Gym in Lousiana State University. This was included on the A-side as track 2 on the 12" vinyl. The B-side of the 12 inch featured "We Built This City (Special Clubmix)" (7:00) and "Tomorrow Doesn't Matter Tonight" (3:41).
"Nothing's Gonna Stop Us Now" was written by Albert Hammond (he co-wrote the 1977 hit "When I Need You" for Leo Sayer), Diane Warren (she also penned "Rhythm of the Night" for DeBarge), and Richard Hulle. It was produced by Narada Michael Walden for Perfection Light Productions, and he appears in the video with the band. He also produced Whitney Houston's "How Will I Know".
The video featured footage from Mannequin mixed with the band performing the song. Frontman Mickey Thomas is seen arriving outside a fashion store on a Harley Davidson motorbike. As in the movie, he pursues the mannequin in the window, who is played by Grace Slick, which comes to life and joins him in singing the lyrics. Slick was 47 at the time of the record's release, making her the oldest female to achieve No.1 in the states, at the time.
Other band members were Donny Baldwin on drums and extra vocals, Pete Sears on bass, and Craig Chaquico on lead guitar.
In 2013, the song was used in a TV advert for telecommunications company Talk Talk. The single entered the UK singles chart at No.39 on 14th Sept, and fell back to No.59 the following week. 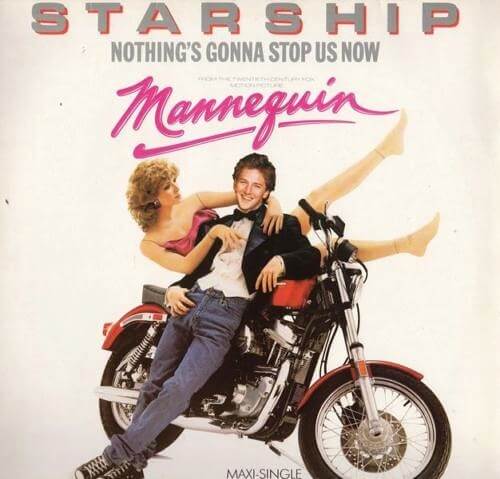 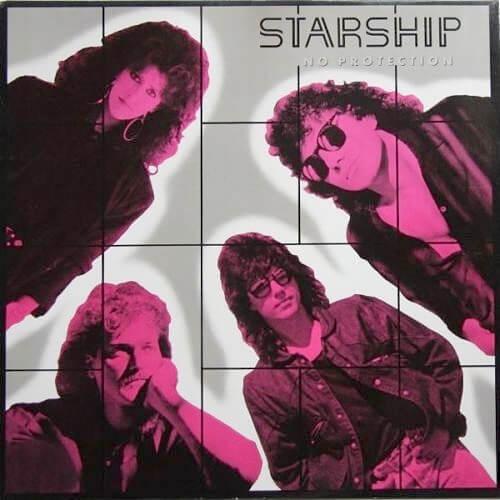