Born on 30 May 1960, Stephen "Tin Tin" Duffy is most well-known for the singles Kiss Me and Icing On The Cake. He was a founding member and vocalist/bassist of Duran Duran. 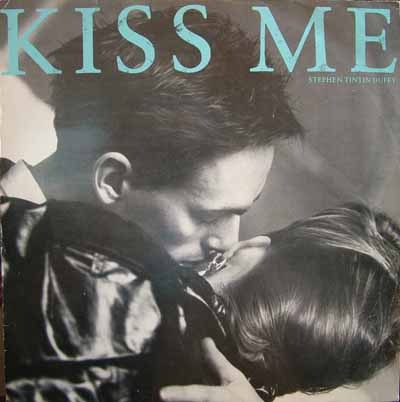 Sadly (for Stephen Duffy), he left both the school and the band in 1979, before Duran Duran signed with EMI in 1980 and became successful.

However, he went on to form Obviously Five Believers - also known as The Hawks - and he made his first four-track recordings. Their only single, "Words of Hope," was released in 1981.

Stephen Duffy created the band Tin Tin in 1982, which included Andy "Stoker" Growcott of Dexys Midnight Runners, and Bob Lamb, who was the original producer of Birmingham band UB40).

Tin Tin released the song "Kiss Me," (with WEA Records in the UK) which only reached no. 155 in the UK charts. By 1983, Tin Tin had signed with Sire Records in the US, and "Kiss Me" hit the dance charts there as well. 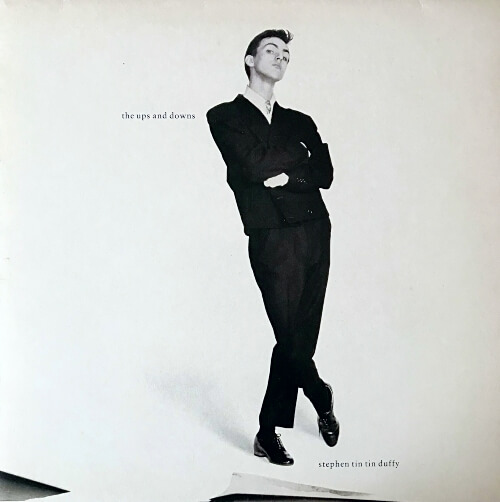 In case you're wondering, nope, that's not a ripped LP sleeve, it's a clever part of the design of the front sleeve.

After a spell working in the US, Duffy returned to England and started work on his first full album, The Ups and Downs, under the name Stephen "Tin Tin" Duffy. Released in April 1985, the ten track album reached No.35 in the UK.

A re-recorded "Kiss Me" single was released in 1984, this time only in the West Midlands area, followed by a nationwide release of "She Makes Me Quiver", which reached No.88 in the UK and was included on the album as track 2.

In late 1984, Duffy recorded yet another version of the song with Froome and Jeczalik. Released in February 1985, it debuted at no. 22 and peaked at no. 4, selling 250,000 copies in three weeks and staying in the UK Top 10 for five weeks altogether.

The final single released from The Ups and Downs album was "Icing on the Cake", which was moderately successful, peaking at no. 14 in June 1985. Featuring typically 80s synths and slap bass (with a nice jazz piano style break) the song's infectious chorus deserved to take it into the top ten, at least. Sadly, it never made it, and then the musician simply vanished from the pop music radar. 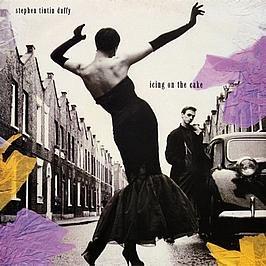 Stephen Duffy decided to drop the "Tin Tin" reference (apparently for legal reasons) to become Stephen A.J. Duffy, but from then on his musical career wasn't as commercially successful. A new single was released "Unkiss That Kiss", was released in September 1985 and only managed to peak at no. 77 in the UK charts.

The single was taken from the album Because We Love You, released in early 1986, for which he was credited simply as Stephen Duffy.

Additional singles from the album were "I Love You" (which peaked at no. 86) and "Something Special" (the latter a collaboration with Sandii (of Sandii & the Sunsetz).

Sadly, this single (and the album itself) failed to chart.