Happy Birthday peaked at #2 on 8th August 1981, being held off the top spot by Shakin' Stevens' Green Door single. Spookily, a few weeks later on 31st October, Altered Images Happy Birthday tune also peaked at #2 and stayed put throughout November and into the first week of December - this was prevented from reaching the No.1 spot by Dave Stewart and Barbara Gaskin's cover of It's My Party and also Every Little Thing She Does Is Magic by The Police.

Unfortunately, an official or original video for Stevie Wonder's song doesn't exist and so I have included a live performance above. However, you can listen to an extended version of the original song using the Soundcloud file below.
Featuring on his album Hotter Than July, Happy Birthday was penned and produced by Wonder for the Motown label. The purpose of the track was to signify the birthday of activist Martin Luther King, Jr and was released as part of a campaign to turn it into a public holiday in the U.S.

Thankfully, President Ronald Reagan approved with the idea and officially created Martin Luther King Jr. Day on November 2nd 1986. The first official holiday took place on Monday 20th January 1986 and has taken place on the third Monday in January each year ever since. 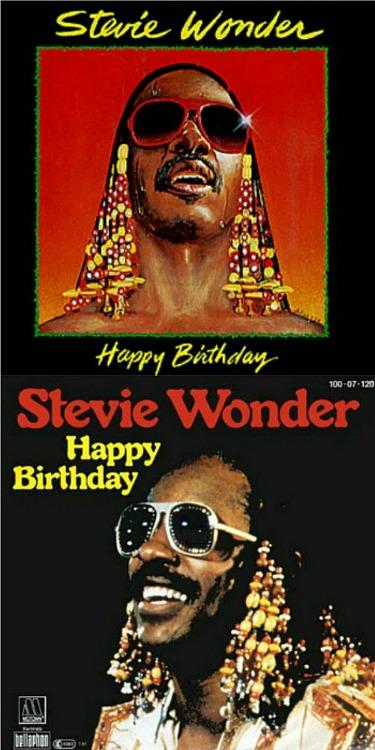