The Subaru XT is a sporty, wedge-shaped, 2-door coupe that was produced between 1985 and 1991. In Japan it was named the Alcyone and in Australia and New Zealand was known as the Vortex. In Europe and North America it was badged as an XT.

The SVX replaced the XT in 1992, although it doesn't look half as exciting and I much prefer the wedge shape.

A red XT featured in the 80s movie Big which starred Tom Hanks. The character Susan (played by Elizabeth Perkins) can be seen driving the small boy version of Joshua Baskin back home in the XT. 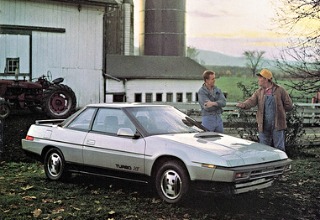 Creative Commons photo of an XT6 by Mr. Choppers. The turbo version of the XT wasn't particularly powerful at 111hp. In 1987, Subaru launched the XT6 which had a more impressive 145hp. It used two electric fans to increase performance, whereas in the XT one of the fans was belt-driven.

By TTTNIS (Own work) [CC0], via Wikimedia Commons 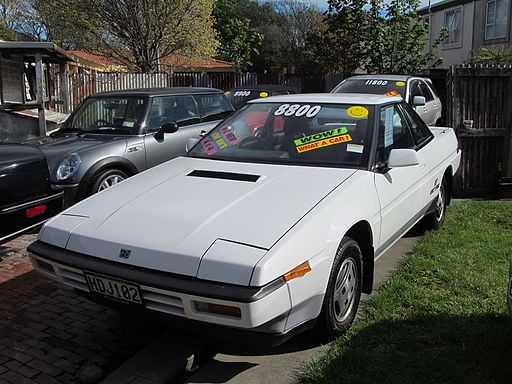 By Riley from Christchurch, New Zealand (1986 Subaru Vortex) [CC BY 2.0], via Wikimedia Commons 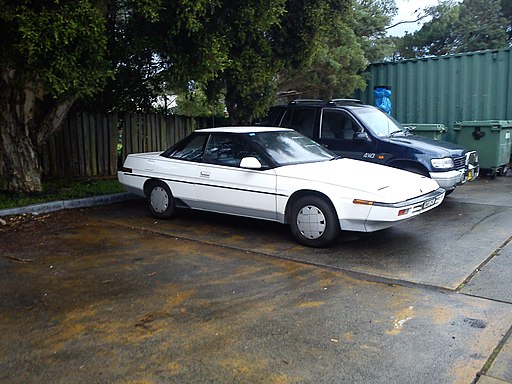