Instead of playing outside and getting some healthy exercise during the long, hot summer of 1984 (actually, it was probably a typically damp and miserable summer here in the UK) many 8 bit gamers were glued to their TV screens playing one of the best games of the year - Summer Games by Epyx. Actually, my right arm got a lot of exercise waggling the joystick, and watching an animated athlete is far more fun than dripping with sweat and wearing yourself out running around a real track!

For a 1984 game, Summer Games was incredibly realistic and featured an opening ceremony, awards presentations and superbly animated athletes. You could even save world records to floppy disk - if you could afford such a fancy device! 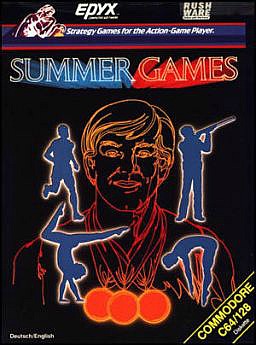 There were only eight events to compete in, but games from this period were limited by the capabilities of the technology. Events were rowing, skeet shooting, swimming, gymnastics, sprinting, platform diving and pole vault. However, these may have varied on different consoles and computers.The game was originally released for the Commodore 64 (see the first video clip above) and 128, but was eventually ported (by U.S. Gold) to the Atari 2600, 7800 and XL/XE, as well as the Apple II and Sega Master System. Versions were later released for the ZX Spectrum, Amstrad CPC, Atari ST and Commodore Amiga as part of game compilations, but not as a standalone game I believe. However, if you know this not to be true then let us all know using the comments box near the bottom of this page. 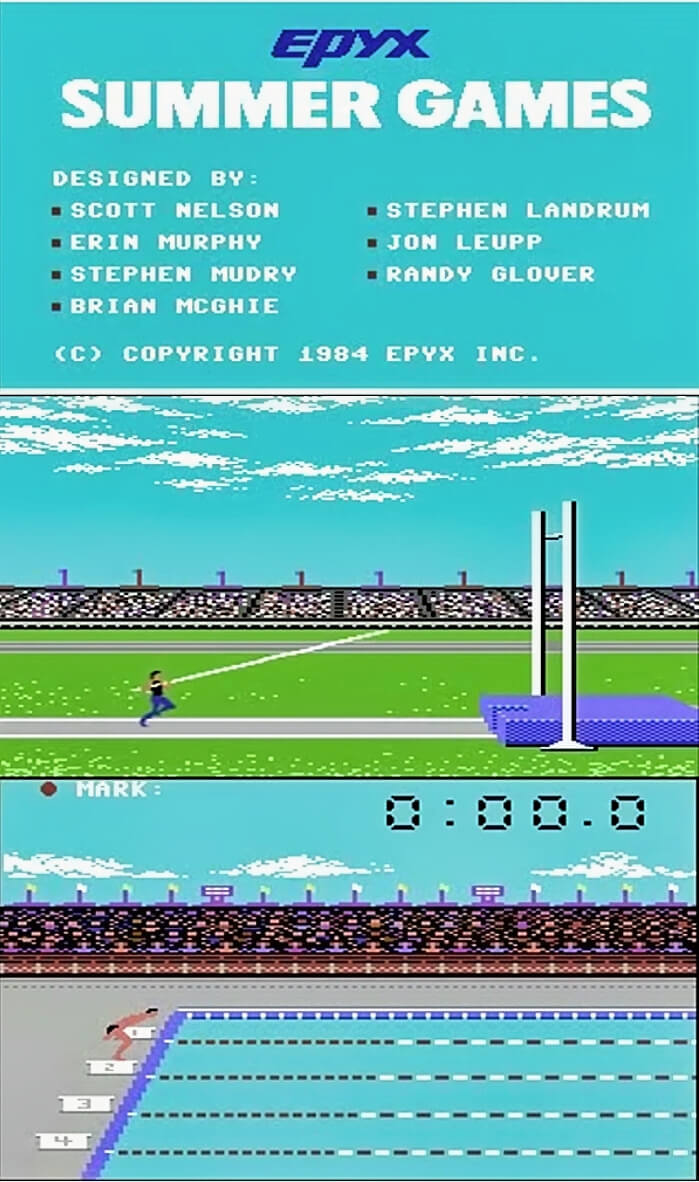 Screenshots of Summer Games on the C64
This video clip features highlights from the Atari XL/XE version which I played myself back in the eighties - my Mum must have been fed up with me asking for a new joystick!

I particularly like the sound effect of the diver landing in the swimming pool - sounds pretty realistic for a 1984 game. The sound of the pole vaulter landing on the crash mat is also better than the simple bleeps in the C64 version, although, I have to say, the graphics aren't quite as smooth. 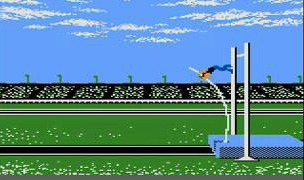 The Pole Vault on the Atari XL/XE version
The Amstrad CPC version features some typically shocking colours, but the animations are pretty decent - I particularly like the torch flame. This is a longplay and review of the game and includes the opening ceremony.

Thankfully, the ceremony is nothing like the very long extravaganza we saw in the London Olympics of 2012, and once the torch is lit and some doves are released the games can begin.
80s Computer Games
Retro Gaming T-Shirts
Old Computers