Super Gran was a low budget and wacky kids TV programme (in a typically British kind of way!) about an unlikely superhero in the form of Granny Smith, who was played by Gudrun Ure. While most superheroes of the time were young, fit and American, this one was most definitely old, wrinkly and Scottish! But that's exactly what made the series stand out from the crowd, and it was refreshing to have a Scottish superhero, at least!
There were 2 series (27 episodes) which originally aired on ITV from Jan 20th 1985 to May 31st 1987. Each episode lasted for around 25 minutes. The programme went on to becomes a huge global success, and was sold to around 60 countries. 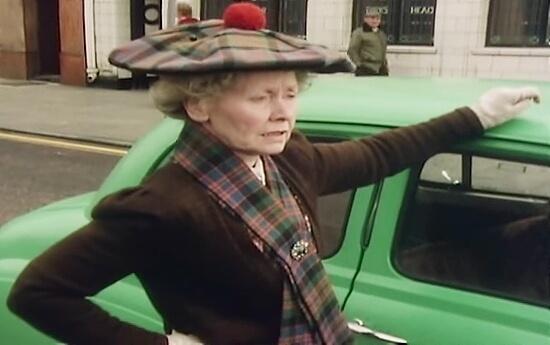 Sadly, instead of going ahead with a planned third series (several plots had already been written), Tyne Tees decided to, instead, invest in daytime TV shows. I say "sadly", but, no doubt, there were a great many people who were very relieved indeed. This was a programme that was so daft, you either loved or loathed it!
Granny Smith gained her super powers after being unexpectedly hit by a magic ray (which was developed by Inspector Black) while sitting on a park bench. The ray gun had been stolen by criminal Scunner Campbell and his gang, a villanous duo called The Muscles and Tub. They are playing around with the machine when Tub accidentally misfires it. 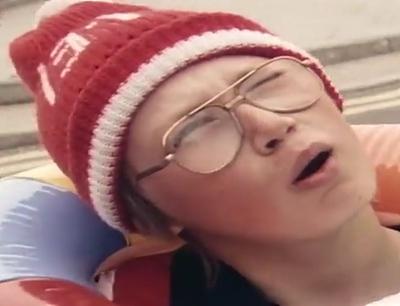 Shortly afterwards, a group of boys playing football kick the ball towards Suoer gran, and she leaps high into the air and heads it back to them. She then joins in with the football game and runs across the pitch at lightning speed. During the series she uses her new-found powers in a postive manner, helping to fight off villains in Chiselton.
One of her Superman-like superpowers was that she could hear distress signals from a great distance by pointing her index finger upwards near her ears.
Her grandson Willard (Willy) and Inventor Black's assistant, Edison, would often join Super Gran in her adventures. Both of these characters were played by two different actors over the course of the series.
The series was filmed in North East England, and Super Gran's house was a stone cottage in Earsdon. An abandoned church in Tynemouth was used as Inventor Black's laboratory.
The Muscles were played by local comedians Alan Snell and Brian Lewis.
There were many big name guest stars in the series which included funny men Spike Milligan, Charles Hawtrey and Billy Connolly. Connolly performed the theme music for the show, and the single reached No.32 in the UK singles chart during 1985.
As you will see in the video clip at the top of the page, the visual effects used for when Super Gran is lifting a car are pretty crude, but this was the 80s, and us Brits had grown very used to budget effects in sci-fi shows like Doctor Who.
Although she had a stunt double, Una Gudron would often perform the stunts herself. 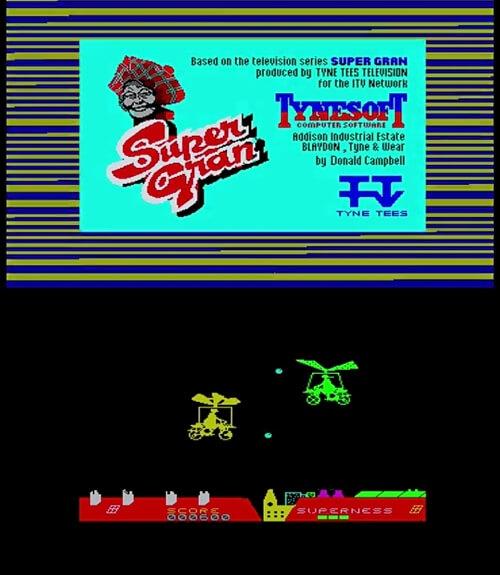 The show was so popular that two computer games were also released by Tynesoft. Super Gran was an action game released for the ZX Spectrum, Commodore 64 and Amstrad CPC home computers. Unfortunately, the game was pretty abysmal and looked like it was programmed within a couple of days using BASIC. The text adventure Super Gran - The Adventure was released for the Spectrum, C64, BBC Micro and Acorn Electron.

Whatever Happened to Gudren Ure?

Gudren Ure had numerous acting roles in a number of 1950s movies including Doctor in the House and The Million Pound Note. She was born on March 12th 1926 at Campsie, Strilingshire., You may not believe this, but (as I Write) she is still very much alive and is now aged 95. Ure was 59 when she first played Super Gran. 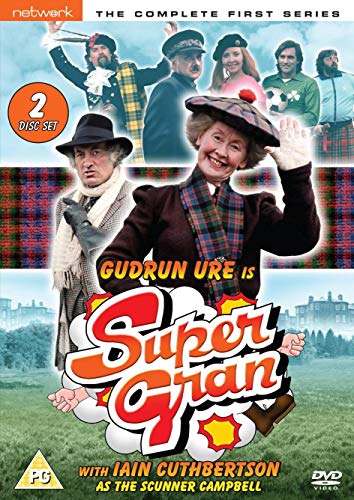 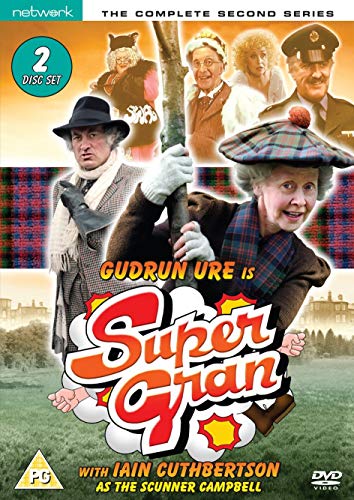 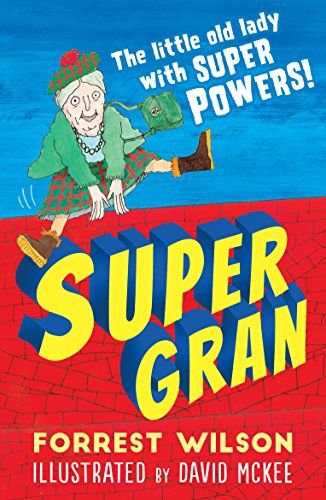