There are many people who would like to forget about 80s fashion completely. You can't blame them, as there were certainly many fashion trends that now seem pretty ridiculous or even bizarre. However, many of us had a lot of fun experimenting with the many different fashion fads that were suddenly thrust upon us during the 1980s, even if they were very ugly to look at. As you will see, just about everything appeared to be over-sized and very loud.

For those who needed them, it was essential to wear a pair of spectacles so huge, that if you stood still for long enough you were in danger of the local window cleaner giving them a wipe over. They were ghastly and often came in putrid colours. The trend continued into the early  before we all saw sense and realised that we could still see perfectly well with smaller-sized frames.

In recent years we have seen a resurgence in large, geeky frames, although they are usually in black or tortoiseshell, thankfully.

From Whitney Houston to Diedre Barlow in Coronation Street, almost everyone seemed to be sporting a massive perm of some sort back in the 80s. Most perms (particularly poodle perms) were ghastly to look at and almost impossible to manage, and you would need to allow for an extra two hours of preparation in the morning just to ensure it looked decent enough to venture out in broad daylight.

Remember those huge, neon-coloured plastic earrings that girls used to wear? Not only did they look cheap and tacky, but they also took the emphasis away from everything else you were wearing - just try looking at that photo of  Debbie Gibson without focusing on her earrings and you'll see what I mean! Hooped earrings were a popular choice and they always came in bright colours - discreet wasn't a word used when describing 80s earrings. By the way, Debbie is also sporting a whale spout ponytail which was also popular in the 1980s.

Big and bulky sweatshirts or sweaters worn off one shoulder really did nothing for the female form, and most girls just looked like a sack of coal. Jennifer Beals wearing a baggy grey sweatshirt in  is one of the most iconic images from the eighties. 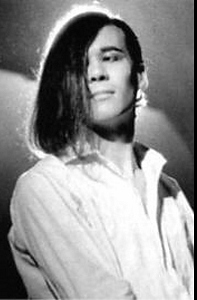 5. Wearing your hair swept over one eye

You may have thought that the singer Gabriel was at the forefront of this very awkward . However, Phil Oakey from The Human League sported this "cutting-edge" style back in the early 80s. Edgy or just disturbing? You decide!

However, Phil Oakey's hair looked positively normal compared to the hair style worn by Mike Score from the new wave synthpop band A Flock of Seagulls. Hmm, maybe this is where Donald Trump gets his inspiration from?

The new romantic era in the first part of the decade saw many male pop stars wearing make-up accompanied by dandy clothes and strange hairstyles. However, the most flamboyant and campest look of all came from someone who created a style all of his own, Boy George. 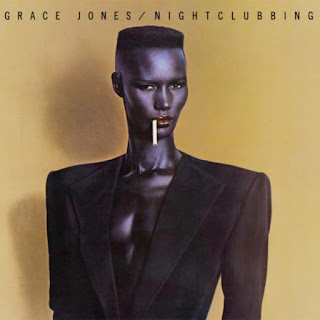 After men had finished trying to look a feminine as possible, by the , women were trying to look as masculine as possible using power-dressing. Career women started wearing empowering garments such as huge shoulder pads to try and rise up the corporate ladder. It certainly worked for some of them who looked downright scary and had men quivering at the knees!

While many articles on 80s power dressing cite Joan Collins and Linda Evans as being amongst the most influential celebrities to sport the style, singer Grace Jones was at the forefront of it all as you can see on the cover of her 1981 album Nightclubbing. 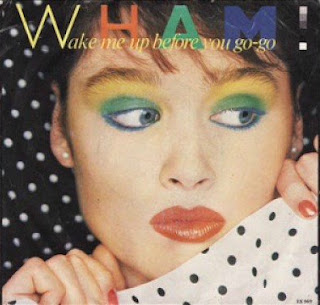 Heavy and bright eyeshadow, eyeliner and lipstick with bold and clashing colours became  of the day for a time in the 80s. Quite why women wanted to go out looking so ghastly I'll never know. There could only be three reasons;

1. They were colour blind.

Just why did everyone suddenly start walking around looking like they had slept in a skip full of battery acid the night before? It  like everyone was in competition with each other trying to win an award for "The Most Messed-up Jeans of 1987". If your jeans were ripped to shreds or looked  than blue, then you were at the cutting-edge of 80s fashion, for a while, at least. 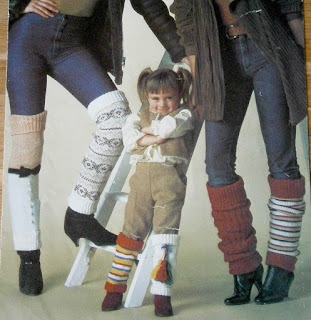 10. Wearing leg warmers over your jeans

It was bad enough that everyone suddenly started wearing workout gear and took up aerobics in the 80s, but wearing leg warmers over the top of your jeans was completely pointless exercise and made no sense whatsoever. Leg warmers were designed to stop muscle cramps in dancers legs, not to be used as a ridiculous fashion accessory!

Well, I hope you've enjoyed my rant and it was good to get it off my chest.

80s Fancy Dress for Ladies Board

80s Fancy Dress for Men Board