TENPOLE TUDOR "The SWORDS OF A THOUSAND MEN"

"Hoorah, Hoorah, Hoorah, Yeah" I love a good, old-fashioned british punk anthem, and this one takes me right back to when I was enjoying my first year as a teenager - can someone please build me a time machine?
Tenpole Tudor formed in 1977 and first gained notoriety after appearing in The Sex Pistols film The Great Rock 'n' Roll Swindle and also on three singles from the soundtrack. 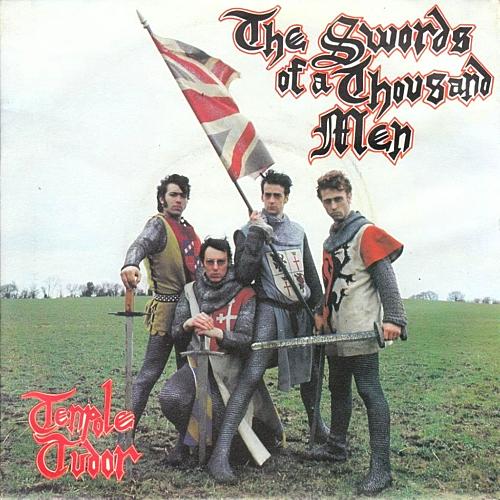 Written by Eddie Tenpole and released on 27th march 1981 by Stiff Records, "Swords of a Thousand Men" entered the UK singles chart at #73 on 19th April, while Bucks Fizz were at No.1 with their Eurovision winner "Making Your Mind Up". The single climbed to a peak position of No.6 for two weeks starting on 17th May. During this time, Adam and The Ants were at No.1 with "Stand and Deliver.
Produced by Alan Winstanley and Bob Andrews (the latter also produced Jona Lewie's "Stop The Cavalry"), the single was the band's most successful release. It featured on the their debut album Eddie, Old Bob, Dick and Gary. The B-side featured the track "Love and Food".
In the video, the band are dressed as knights, just as they are on one of their single sleeves below. However, on the alternative sleeve they are dressed as cavaliers.

The band's follow-up single "Wunderbar" (also from their debut album) was released on July 16th 1981, reaching #16.

Lyrics for The Swords of a Thousand Men 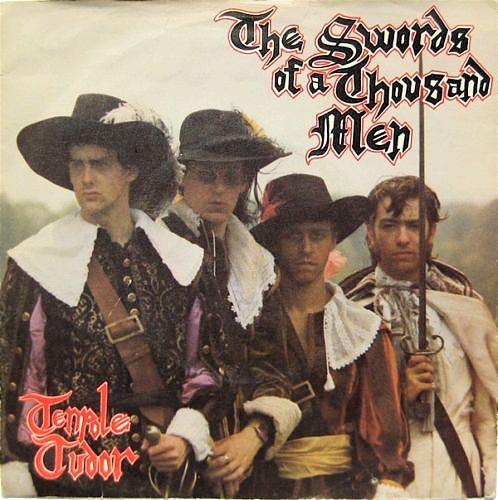 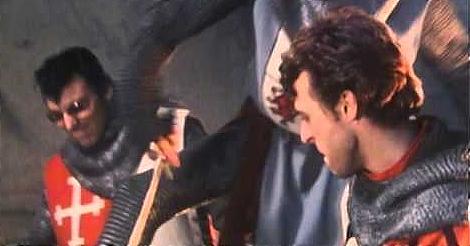