Firstly, you can watch the opening titles from series 6 in the video clip above. Although I haven't heard the Terry and June theme music since the 1980s, it was still instantly recognisable to me - it's amazing how your brain stores so many memories that you thought were lost forever!
Terry and June was basically a re-worked version of the 1970s comedy Happy Ever After, with the lead roles still played by the Carry-On star Terry Scott and comedy actress June Whitfield. The stories revolved around the middle class couple Terry and June Medford, who live in the suburbs of Purley in South London. The show aired on BBC1 for 9 series (65 episodes) from 1979 to 1987, including four 80s Christmas specials in 1980, 1981, 1982 and 1985. 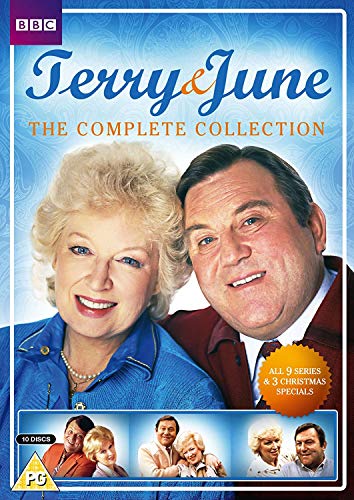 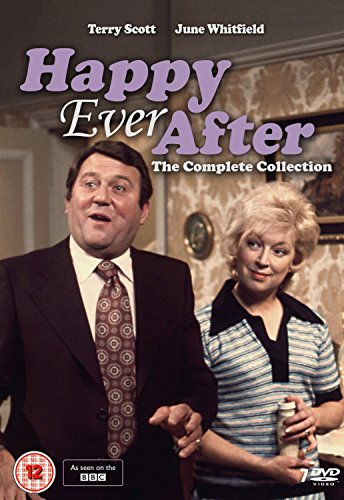 Other characters in the series were the crotechy Sir Dennis Hodge (Reginald Marsh), the owner of Playsafe Fire Extinguishers and Appliances, where Terry works. His secretary, Miss Nora Fennell (Joanna Henderson), is very fond of Sir Dennis, although the love is unrequited. Terry's boss, Malcolm Harris, was played by three different actors; Terence Alexander (series 1 and 2), Tim Barrett (series 3 to 7) and John Quayle (series 8 and 9). His wife, Beattie, was played by Rosemary Frankau for the entire series. The couple frequently argued, and Malcolm had many affairs during the series.
Terry and June's daughter, Wendy, is married to Roger, but the couple rarely featured in the storylines. Alan Medford was Terry's troublesome nephew in some episodes.
Different neighbours appeared during the series. For series 1 and 2, these were Brian and Tina Pillbeam. From series 3 to 6, Tarquin and Melinda Spry (played by Joan Benham and then Diana King) are their neighbours - Tarquin and Terry were very competitive. Neighbours in the last three series were Miss Davinia Dingle (series 7 and 8) and Miss Dunwiddy (series 9).

You may remember some of the cars used during the series. These included a Mark II Ford Granada, a Series 2 1700HL British Leyland Princess, a series 1 2200HL Princess, an Austin Ambassador, a Ford Sierra (I'm not sure of the exact model), and a Ford Granada Mk3 in the last series.

The 1980s was a time of big changes for comedy. Despite much criticism of Terry and June for being safe and middle class, the series still attracted a larger audience than many non-mainstream, alternative comedy shows of the time. However, the last two series were moved from prime time to a tea-time slot, and during series 9, Terry Scott stated that the show had become "tired" and he wanted to move on.
Although the critics of the time enjoyed slating Terry and June, personally, I enjoyed watching it (as did millions of other people), although I also enjoyed a lot of the non-mainstream comedy of the time, such as The Young Ones and Saturday Night Live. I feel that there is a place for both mainstream comedy (for those with more traditional tastes) and alternative comedy, and some comedy writers and stand-up comedians back in the day were actually trying too hard to be cool and different, with the comedy falling flat. 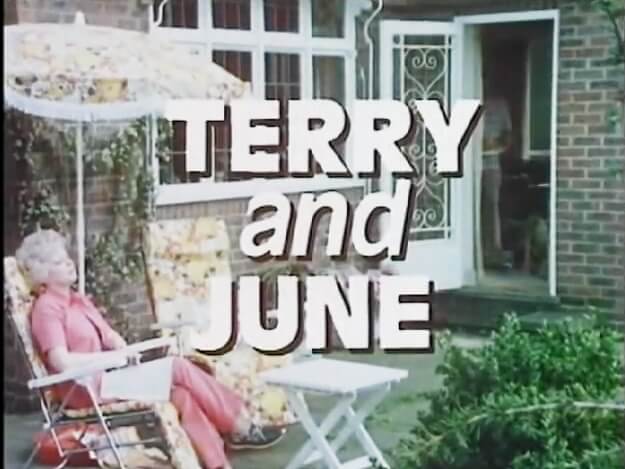 Terry Scott was diagnosed with cancer in the same year that Terry and June ended, and he also suffered from a nervous breakdown. He died from the effects of cancer on 26th Jully 1994, aged 67. Scott had roles in 27 comedy movies, including 8 Carry On films during his long acting career.

June Whitfield spent her final two years in a care home, and died on 29th December 2018, aged 93. Whitfield had roles in 26 movies, including 4 Carry On films, and her final acting role was as Sister Ruth in Eastenders during 2015-2016. 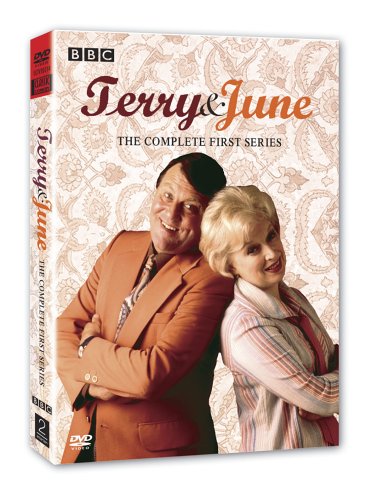