THE CLOTHES SHOW IN THE 80S

With so many bold fashion styles around in the 1980s, it was all too easy to get lost amongst it all and end up looking like you were dressed for a fancy dress party - I certainly made some major fashion blunders back then. Young people have always wanted to express themselves through fashion, but now they wanted to do it in a more stylish manner, without upsetting their bank manager.
With the rise of youth TV during the 1980s, it was inevitable that someone would soon spot the need for a TV show to clarify just what you should (and should not) be wearing to be ultra trendy at high street prices - almost! To be honest, some of the outfits shown were never going to be worn by anyone and were merely shown for entertainment purposes or to inflate the egos of pretentious fashion designers. 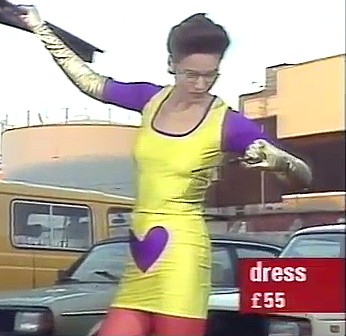 This outfit is one such example. At £55 it's hardly cheap (this was the late 80s, remember) and I'm not sure I can remember anyone wanting to look like a reject children's TV presenter wearing long, silver gloves that were leftovers from the costume department of Blake's 7.
The first episode of The Clothes Show was broadcast on BBC1 on 13th Oct 1986 and quickly became essential viewing for 80s fashionistas. It was originally hosted by BBC Breakfast Time presenter Selina Scott and fashion designer Jeff Banks. The former fashion editor and Wrangler designer Caryn Franklin later joined as a co-presenter, before taking over from Scott after she left. 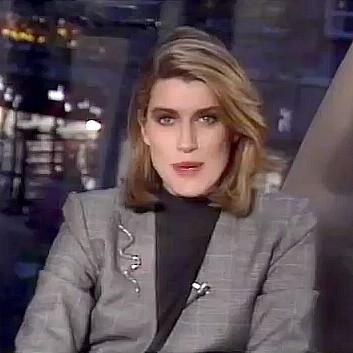 The programme became so popular (attracting over 10 million viewers at its peak) that an annual Clothes Show Live was launched in 1989 at the NEC in Birmingham. A magazine was also produced.
Even if you weren't a big fan of the show, just about everyone remembers the theme tune which was taken from the Arthur Baker remix of "In The Night" by Pet Shop Boys. However, during 1986 and '87, the theme tune was taken from the Shep Pettibone remix of "Find The Time" by Five Star.
The Clothes Show continued until 1998 with other presenters including 90s Blue Peter host Tim Vincent, DJ and TV presenter Margherita Taylor and ex-Skids lead singer Richard Jobson. 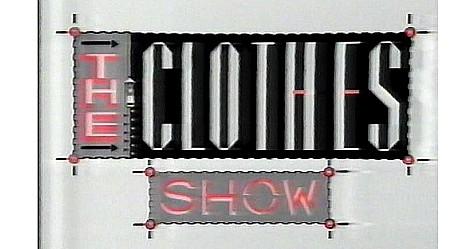 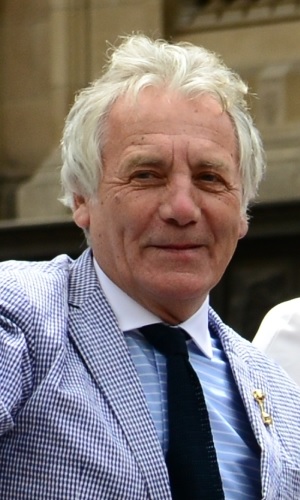 By Chris Phutully from Australia [CC BY 2.0], via Wikimedia Commons
In this video clip from 1988, you will see a trailer for the Children's Variety Performance (which is interesting in itself) and an extract of The Clothes Show with Selina Scott as presenter. Yes, the woman in stockings and suspenders is part of the titles for the programme, and I guess this image was included to entice male viewers to the show!

The Tube on Channel 4

Flecked Suits in the 80s