Have you always wanted a Commodore 64 for Christmas?
Maybe you had one back in the 80s, but would like one again so that you can play all of those addictive computer games from your childhood?
Well, I have some exciting news for you! The C64 has been relaunched just in time for Christmas 2019!
Back in 2018, we saw the launch of the C64 mini which came with 64 built-in games. However, many fans were left disappointed when they discovered that the keyboard was non-functional (it was merely for decorative purposes), and that the quality of the joystick left a lot to be desired.
Well, you'll be very pleased to know that a full-sized Commodore 64 with a working keyboard and the BASIC programming language built-in, is being launched on December 12th 2019.

The all new C64 Micro Computer features three switchable modes - C64, Vic-20 and Game Carousel, which means it functions just like an original C64 or Vic-20 computer. You can connect it to your TV via the HDMI port (a cable is supplied) which will display 720p High Definition visuals at either 50hz or 60hz.
Not only is the keyboard now functional, but you also receive an updated joystick whicn now includes micro switches for a much better game playing experience. The best part is that there are 64 games built-in, so you won't have to wait around 20-30 minutes for each game to load off a cassette like back in the 80s - thank goodness!
For those of you who remember spending hours typing in BASIC listings, you'll be interested to learn that you can write programs in BASIC and save them to the internal memory or USB. You can also import programs via USB. 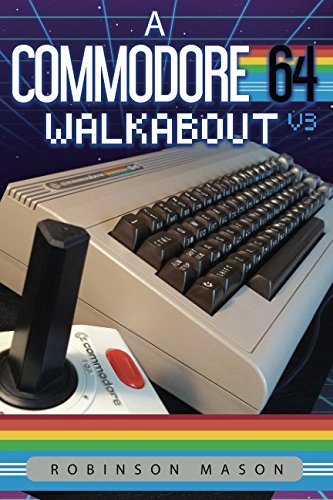