THE DUKES OF HAZZARD

Now this eighties TV series was a lot of fun. With no bad language, fantastic stunts and lots of action and high jinks, this was ideal family viewing.

The video playlist above includes a fascinating documentary, theme music, a 90s reunion and a clip from the series.

Although I can't remember many of the actual storylines from this series, there are certain parts of the show that do stick in my memory. For instance, Bo and Luke climbing into their customised Dodge Charger (called the General Lee) through the windows and sounding their crazy air horn. 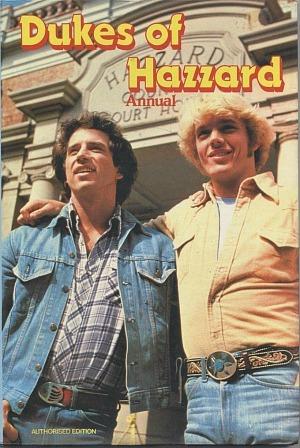 This official annual is from 1980

For instance, Bo and Luke climbing into their customised Dodge Charger (called the General Lee) through the windows and sounding their crazy air horn. Also, Rosco always ending up with a destroyed patrol car after a car chase, the beautiful Daisy Duke in her denim hotpants, and the Good Ol Boys theme music - see the opening titles in the video clip above.

The American TV series ran for seven seasons (145 episodes) between 1979 and 1985. Based on the film Moonrunners (released in 1975 and starring James Mitcham), the show was was shown on Saturday's at teatime in the UK, and featured a nice mix of action and comedy.

The Dukes Of Hazzard was based in rural Hazzard county. 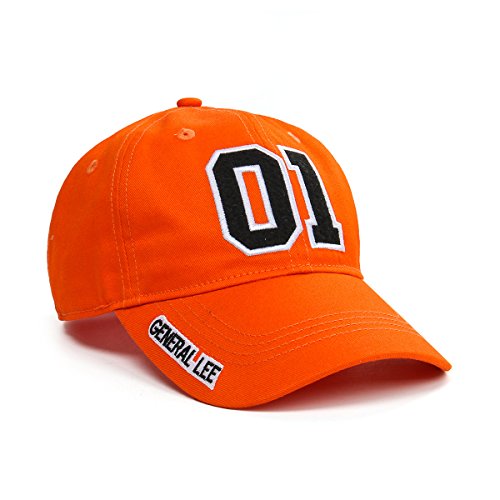 The Dukes of Hazzard General Lee 01 Baseball CapBUY AT AMAZON

Bo is the younger and wilder blonde haired brother, who is played by John Schneider. He is usually the one who leads the brothers into trouble with his care-free attitude. He is easily distracted by pretty women, which can often get him into trouble! However, he becomes a little more mature as the series progresses.

The darker haired brother (played by Tom Wopat) is more mature than Bo, and he can be relied upon to get them out of the mess that Bo has gotten them into. He is a United States Marine Corps veteran. His attire was often a check shirt and a denim jacket, although this was a plain shirt in some seasons. 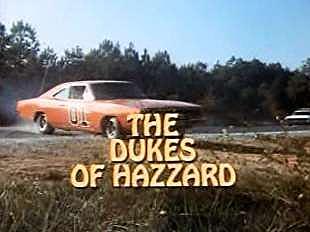 Not all of the characters featured in every series. For instance, during the third and fourth season Deputy Enos was replaced by Deputy Cletus. Between 1982 and 1983, Bo and Luke were busy NASCAR racing and were replaced by Coy and Vance Duke.

The theme music was actually written and sung by country music artist Waylon Jennings who also narrated the show. Sadly, he died on February 13th 2002. Entitled Good Ol Boys, the song reached #1 on the Billboard Magazine Hit Country Singles Chart in 1980. The single version differs from the TV theme version and features an extra musical bridge, but doesn't feature a banjo part. 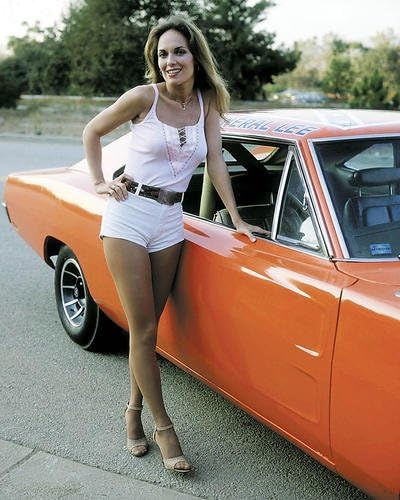 Catherine Bach posing by the General LeeBUY AT AMAZON

Catherine Bach appeared as Daisy Duke throughout the entire 7 seasons of The Dukes Of Hazzard from 1979 to 1985. She is the younger cousin of Bo and Luke Duke. She became a sex symbol during her time on the show, and is best remembered by many for her rather skimpy denim hot pants.
During here time acting in The Dukes Of Hazzard, Catherine had her legs insured for $1,000,000.
In 1990, she married the lawyer to the stars Peter Lopez, and they had two daughters together., Sophia and Laura.
In 1997, Catherine took part in the Dukes Of Hazzard reunion film for TV, and then again in 2000 for the film Hazzard in Hollywood.
While in her late 50s, she joined the cast of the American TV soap The Young And The Restless in 2012 as the character Anita Lawson.
Her most recent movie part was as Pearl in the 2016 TV film My Best Friend.
On March 21st 2021, Catherine celebrated her 67th birthday.

Before taking on his role as Uncle Jesse, Denver appeared as Mad Jack in 35 episodes of The Life and Times of Grizzly Adams from 1977 to 1978.
He played the role of Uncle Jesse in all 7 seasons of The Dukes of Hazzard. He also appeared in the TV reunion film in 1997, shortly before his sad death from lung cancer on Christmas Day of that year.
Jesse lived with the Dukes on Duke Farm and became a father figure to his nephews Bo and Luke, and niece Daisy.

Jefferson Davis "Boss" Hogg was played by Sorrell Booke and usually dressed in a white suit. He was a greedy multi-millionaire who owned much of the property in Hazzard County, he also fancied Daisy Duke! In many episodes he would order his incompetent sherriff, Rosco P. Coltrane to "go get them Duke boys".

Rosco P. Coltrane (James Best) was the bumbling county sheriff. He is the brother-in-law of J. D. Hogg, and his nicknames for him are "little fat buddy" and "Little meadow muffin". His character becomes more comical as the series progresses, but you will notice that he was quite a bit darker in the early seasons. He would often destroy his patrol car during his pursuit of the Duke boys.

Deputy Enos Strate (Sonny Shroyer) is a friend of the Dukes, but finds himself forced into pursuing the boys by Boss Hogg. His catchphrase is "Possum on a gumbush".

Cooter Davenport (Ben Jones) is the mechanic, who became less wild as the series went on. He is nicknamed "crazy cooter" and was often breaking the law in the early seasons. He owns Cooter's garage which is located in Hazzard County Square. 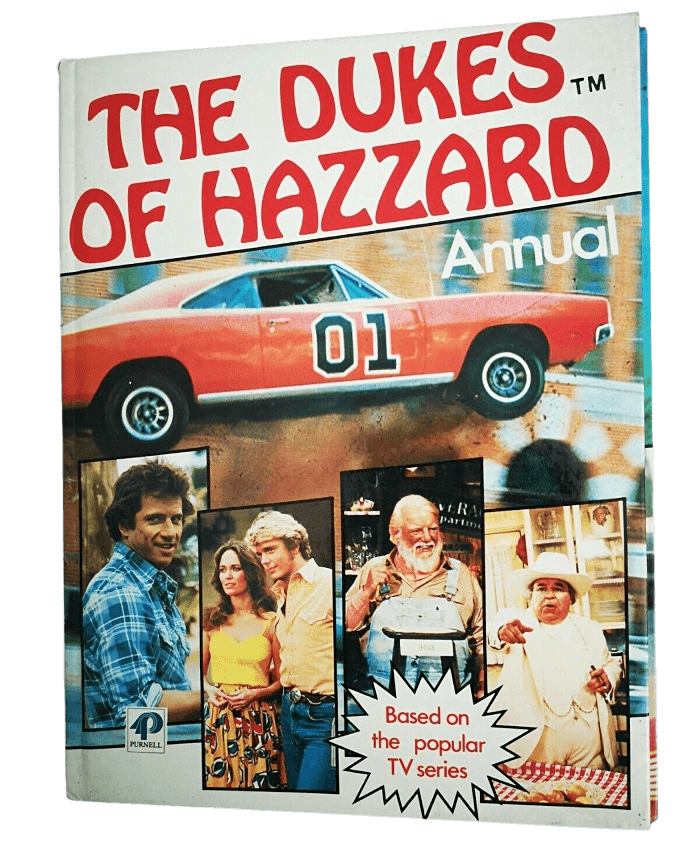 The Dukes of Hazzard 1984 Annual 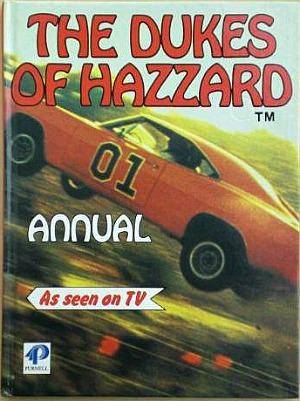 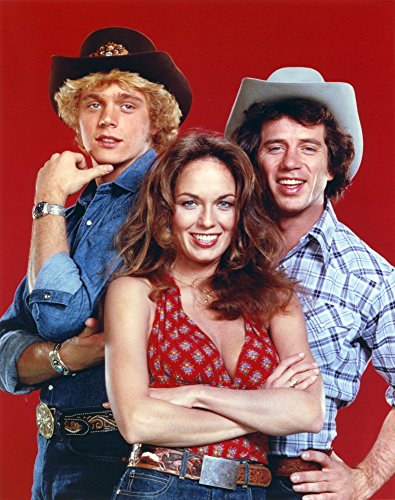 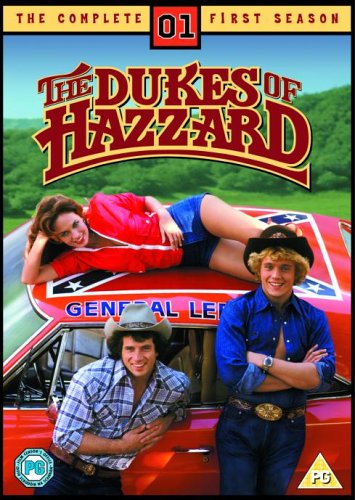 The Dukes of Hazzard Season 1 DVDBUY AT AMAZON 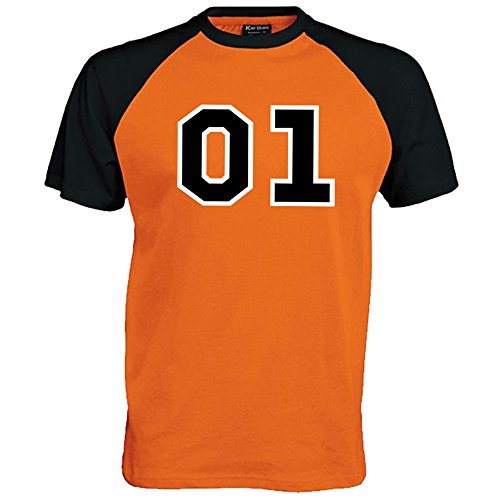