"THE BITTEREST PILL (I EVER HAD TO SWALLOW)" BY THE JAM

The mod revival band's penultimate single was a non-album track released by Polydor on 6th Sept 1982, entering the UK singles chart at No.5 on 12th Sept. It climbed to No.2 the following week, being held off the top spot by Survivor's "Eye of the Tiger". The single remained at No.2 for another week, this time being kept off the No.1 spot by Musical Youth with "Pass the Dutchie". 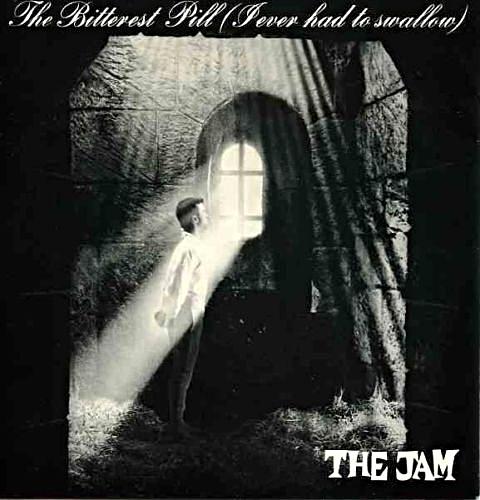 The song was produced by Peter Wilson and backing vocals were provided by The Belle Stars lead singer Jenny McKeown - you may remember their hits "Sign of the Times" and "Iko Iko". Strings were also arranged by Wilson and frontman Paul Weller.
The front of the vinyl sleeve features Vaughan Toulouse, founder of the post punk band Department S, who had a one hit wonder in 1981 with "Is Vic There?". Toulouse used to DJ at The Jam's gigs. He sadly died from an AIDS related illness in 1991.
Five tracks were included on the 12" vinyl; "The Bitterest Pill", "Pity Poor Alfie" and "Fever" featured on the A-side, and "The Great Depression" and a cover of "War" (penned by Norman Whitfield and Barrett Strong) featured on the B-side. The 7" single included the first three tracks.
"The Bitterest Pill (I Ever Had to Swallow)" was later included on The Jam's first ever compilation album Snap! which was released on October 14th 1983, reaching No.2 in the UK.
The video starts in a cobweb-filled dining room which has old champagne bottles in the window. The table is laden with candelabra, glasses and other food-related items all covered in thick cobwebs. The camera closes in on a photo of a young woman's face, which is displayed in a frame on a side table. In the next scene, Paul Weller is walking down a misty back street while wearing an overcoat. There are flashbacks to Weller's time together with the woman in the photo and also of her in her wedding dress. The video continues in a similar vein throughout.

Lyrics for The Bitterest Pill 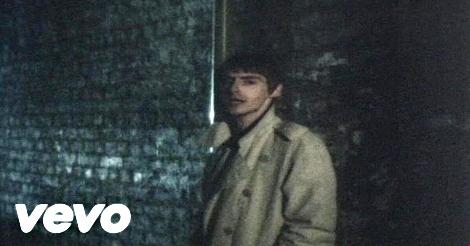 The Very Best of The Jam