While never considered to be a classic film by the critics, The Lost Boys certainly developed a cult following, influencing many of the vampire movies that followed it. The film certainly showed vampires in a whole new light - or should I say dark! 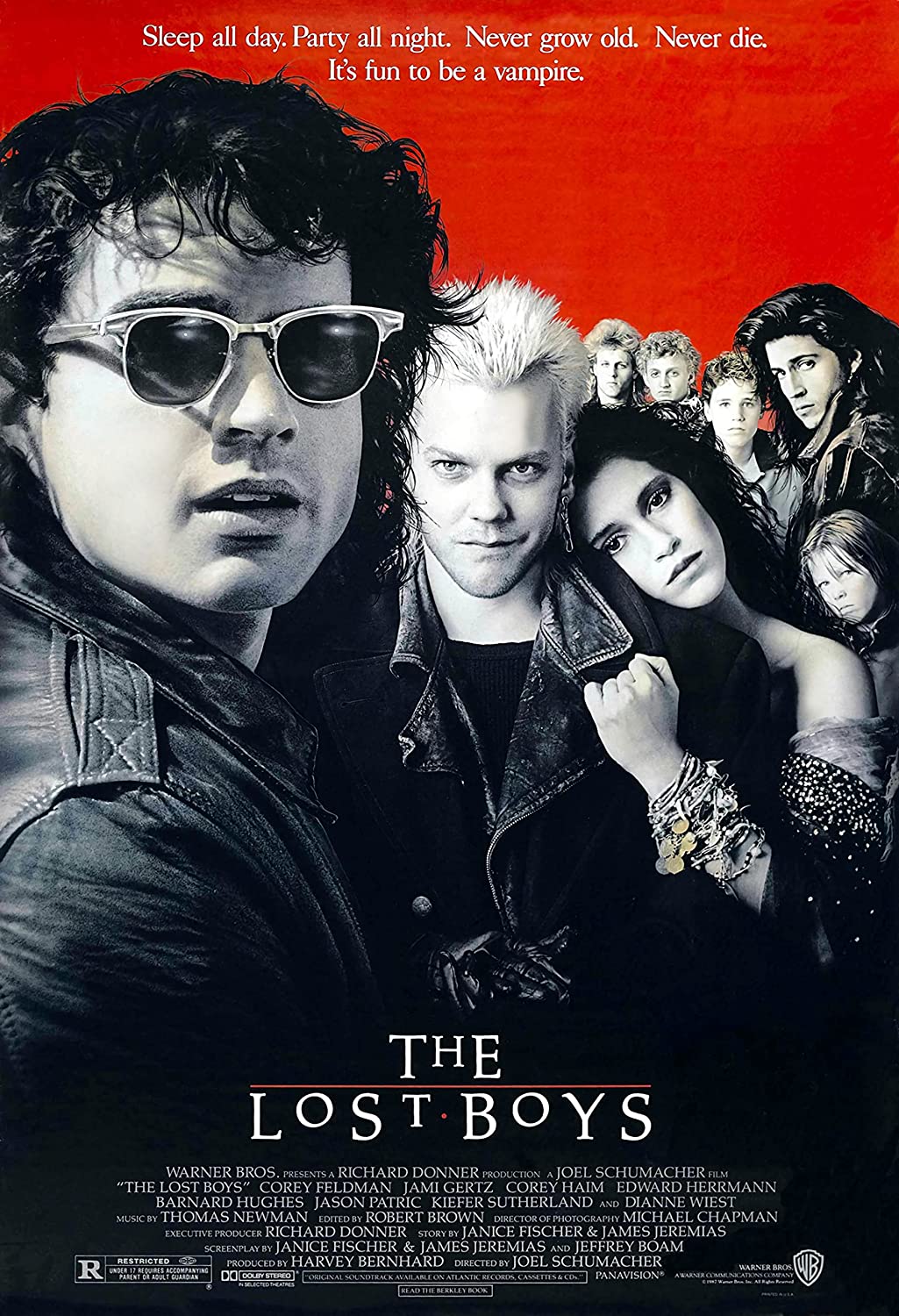 The Lost Boys A3 Poster

Michael Emerson (Jason Patric) and younger brother, Sam (Corey Haim), and their mother, Lucy (Dianne West) are forced to move from Arizona to go and live with their grandad (Barnard Hughes) in the coastal community of Santa Carla, California. He is an ill-natured, irregular character (but still loveable) who enjoys a spot of taxidermy.

The brothers regularly hang out on the local boardwalk and notice the many flyers which display missing people from the area. Their mother gets a job in a local video store and begins dating the owner, Max (Edward Herrmann). Michael develops a crush on an attractive girl called Star (Jami Gertz) who is already dating the local gang leader, David (Kiefer Sutherland). Meanwhile, younger brother, Sam, meets Edgar and Alan Frog, two brothers who are vampire hunters and run the a comic book stall on the boardwalk. They warn him that the town is overrun with vampires and lend him their horror comics to teach about how vampires operate.

Michael finds the courage to talk to Star, but is approached by David who encourages Michael to follow him by motorbike to the beach. They reach a dangerous cliff and Michael almost rides over the edge. They head to an old, sunken hotel beneath the cliff which is the headquarters of David's gang. David initiates Michael into the gang by coaxing him into drinking from a bottle of "wine". Star tells Michael it is blood, but he ignores her warning and proceeds with drinking from the bottle. The gang head to the railway tracks with Michael and they fall into a gorge.

The following day, Michael tries to attack his younger brother after developing a taste for blood. However, Sam's dog intervenes and bites Michael on the hand. After seeing Michael's reflection in the mirror is transparent, Sam realises that he is turning into a vampire and, terror-stricken, flees the room. Michael begins to develop supernatural powers and it dawns on him that he is becoming a vampire. After asking Star for her help, he ends up making love to her.

From reading his comics, Sam realises that Michael is still only a "half vampire" as he has not yet killed anyone, and by killing the head vampire, his condition can be reversed. Sam and the Frog brothers have an incline that Max (the video store owner) is the head vampire. They decide to perform tests on him while he is dating Lucy, but he turns out to be human.

David encourages Michael to stalk a group of people at the beach. Horrified by the feeding frenzy, Michael escapes and heads back home to Sam. When Star arrives, she makes it known that she is also a "half vampire" and is searching for a cure. She also reveals that Michael was supposed to be her first kill.

The nest day, Michael, Sam and the Frog brothers head to the gang's hideout. They impale one of the vampires, Marko, with a stake. However, in doing so, they awaken David and two other vampires who give chase. The boys manage to escape, rescuing Star and her companion, Laddie, a half-vampire child.

While lucy is dating Max and grandad is out of the house, the teens prepare to defend themselves against the vampires. They board-up the house and arm themselves with water guns filled with holy water, stakes and a longbow. When darkness falls, they are attacked by the vampire gang. The boys manage to kill all of the vampires, including David. Michael, Star and Laddie are disappointed when they fail to return to normal, and conclude that David was not the head vampire. When Lucy and Max return home, they discover that Max is the head vampire, after all.

Max tells the boys that by inviting a vampire into your house the vampire loses its powers, which is why their earlier "tests" were wrong. Max reveals that he wanted Lucy to be a "mother to his lost boys". Max then pulls Lucy towards him, but before he can transform her, Lucy's dad crashes through the house in his jeep, impaling max on a wooden fence post. Max explodes in spectacular fashion. To their relief, Michael, Star and Laddie return to normal. 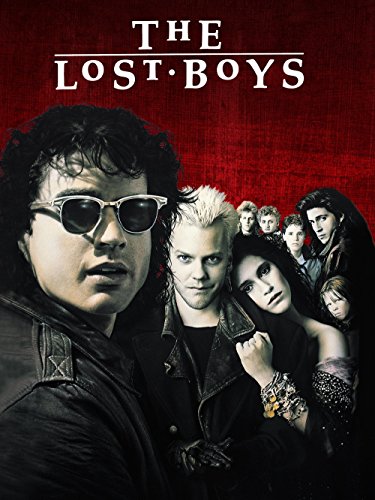 The Lost Boys became a hit movie in the 80s, and while it has its flaws, it is a very watchable and enjoyable film. It's also visually appealing, and the cast of young movie stars also act their hearts out. However, the last 20 minutes or so is full of cliches and you get an overall feeling that this is yet another mainstream, Hollywood production that is all style over substance, where the special effects begin to overwhelm the story line. The "feisty old granpda" character is not very original and it all feels a bit commercialised.

There's plenty of screaming and a lot of gore, but the story fails to develop into anything meaningful. As a teen growing up in the 80s, that really didn't matter to me one bit, and the majority of people who went to watch the film (or hire the video) would probably have been thrill-seeking teens. The gory action certainly made for a very entertaining and fun film to watch with your mates - 7/10.

An American Werewolf in London