Released in November 1979, Pretenders third single (from their self-titled debut album) became the band's first and only No.1 in the UK. The single was also the first NEW No.1 of the 80s - Pink Floyd's "Another Brick in the Wall" was the first No.1, but had also topped the charts in 1979.
Chrissie Hynde came up with the idea for the song's lyrics during an after-dinner event after a gig in Wakefield. During a conversation by members of the support band Strangeways about picking up the dry cleaning, one band member asked "was there any brass in pocket?". 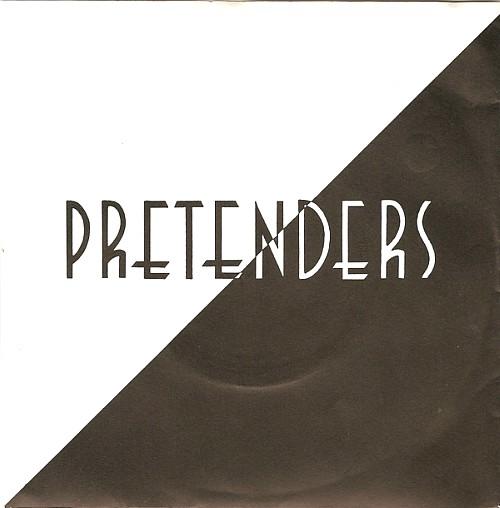 Hynde stated in a 2004 interview with the Observer newspaper that she "wasn't very happy" with the song and had to be persuaded to release it by her producer, Chris Thomas. Indeed, Hynde has never really hidden the fact that she hates the song, and shouted at Thomas "this goes out over my dead body".
Two tracks were included on the B-side "Swinging London" and "Nervous But Shy".
Chart Performance
"Brass in Pocket" entered the UK singles chart at #57 on 11th Nov 1979, taking two months to reach No.1 on 13th January 1980 for two weeks, and preventing "With You I'm Born Again" by Billy Preston and Syreeta from claiming the top spot. For the 27th Jan chart, The Pretenders fell to No.2, with The Specials "Too Much Too Young" climbing from #15 to #1.
The single also reached No.1 in Spain, Sweden and Ireland and #14 on the U.S. Billboard Hot 100.
The video is closely related to the lyrics (in fact, the acting is pretty literal) and features Chrissie Hynde playing a sassy and narcissistic waitress in a cafe. She spots three lads (the band members) arrive in a pink Cadillac and spruces herself up in the mirror. The lads enter the cafe and sit down at a table to place an order for the "Special". Hynde flirts with one of the lads, trying hard to gain his attention - this is a girl who not going to take no for an answer!
Unfortunately for her, the lads three girlfriends then enter the cafe to join the lads and start canoodling with them. However, Hynde continues to try and catch the eye of the one lad, which upsets his girlfriend who gives him a nudge. The group angrily leave the cafe, with Hynde continuing to flirt with with the lad as he exits the cafe.
Interestingly, the original lyrics in the demo version of the song were "you're special" rather than "I'm special" which would have given the song a very different slant. 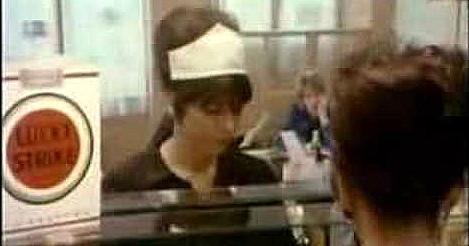 Lyrics for Brass in Pocket

Pretenders - Back on the Chain Gang

Pretenders - Talk Of The Town

A-Z of 80s Videos at Simplyeighties.com