The Best of The Proclaimers

I know this is a cliché, but they really don't make 'em like this anymore! What I have always found impressive about this song is the fact that it's a very honest folk pop song sung by two ordinary-looking, bespectacled Scottish brothers, one with a guitar, the other with a tambourine. It doesn't rely on an over-blown production (just a backing band), autotune or any gimmicks. And as you will see in the video further down the page, they sound every bit as good live (if not better) as they do in the studio. 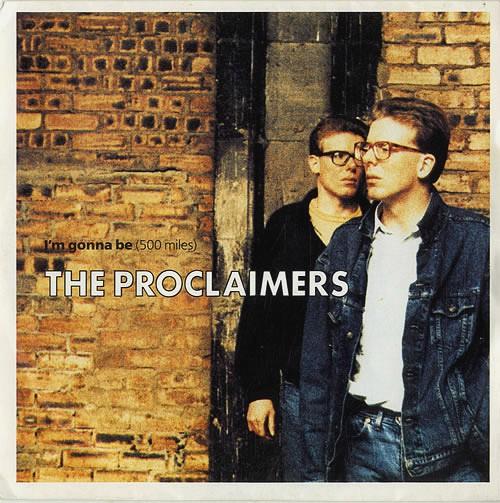 Although originally released in August 1988 as the lead single from the album Sunshine On Leith, the version of the song many people now relate to is the 2007 version which was re-recorded for Comic Relief. The video for this version featured Peter Kay as his Phoenix Nights character Brian Potter and Matt Lucas as his Little Britain character Andy Pipkin, singing to an audience of well-know celebrities. This version reached #1 in the UK singles chart.
The original version of the song was recorded at Chipping Norton Recording Studios in Oxfordshire, England and reached #11 in the UK, #1 in Australia, New Zealand and Iceland. I was actually quite surprised to discover the single failed to hit the top ten in the UK, as it is such an infectious tune and received a lot of airplay.
In 1993, the song featured in the MGM romantic comedy movie Benny & Joon, and the subsequent re-release of the single reached #3 in the U.S. and #5 in Australia.
The song was penned mostly by Craig Reid in 1987 while he was sat at his piano shortly before travelling to a concert in Aberdeen. He has claimed that he never expected it to be such a hit and that the earnings from the single are around five times greater than the rest of The Proclaimers back catalogue put together.
The B-side on all versions of the original release was "Better Days". The 12" and CD single included a third track entitled "Teardrops". On the CD single only, a bonus fourth track was included, which is a cover of the 1970 single "I Can't Be Myself" by the American county music artist Merle Haggard.

For the Comic Relief version (scroll down the page for the video), the lyrics in the chorus were altered from "walk 500 miles" to "roll 500 miles" because, obviously, Brian Potter and Andy Pipkin are in wheelchairs. The single reached #1 for three weeks in the UK and also #7 in Ireland. It became the eighth best-selling single of 2007.
The audience in the video comprised of a huge array of well-known and old school TV stars, many of whom were big in the 70s and 80s. These included Johnny Ball, David Bellamy, Basil Brush, Bucks Fizz, Cannon & Ball, Keith Chegwin, Carol Decker from T'Pau, Clare Grogan, Status Quo, Showaddywaddy and The Krankies, to name but a few.
I feel it's a great shame that the only celebrities we see these days are untalented, Z-rated stars from reality shows such as TOWIE and Made in Chelsea.

This video from the American TV show Live On Letterman is from 1989 and features a proper live and impressive performance of the song with nice harmonies.
Craig and Charlie Reid formed The Proclaimers in 1983. After one of their fans sent a demo to The Housemartins in 1986, the band invited them to join them on their 1986 UK tour. The exposure led to a performance on Channel 4's The Tube in January 1987 and their single "Letter To America" reached #'3 in the UK. 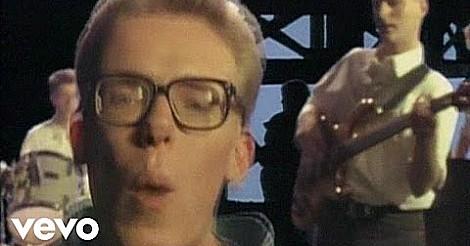 Simple Minds - Don't You Forget About Me

The Bluebells - Young At Heart

The Waterboys - The Whole of the Moon