So did you receive a Real Ghostbusters annual for Christmas? If your parents knew you were a fan then the chances are you did receive one. The cartoon ran for 7 seasons from September 1986 until October 1991, and originally aired on ABC in the U.S. It was shown on ITV here in the UK.
There were five annuals published in 1988, 1989, 1990, 1991 and 1992, however the 1988 book was published by Chad Valley and not Marvel Comics. The official 1989 and 1990 annuals were filled with comic strips, stories and fact files, often about the characters features in the cartoon. The rear cover used the same image as on the front cover. The 1991 and 1992 annuals did not have fact files and included more games instead.
It appears that the first (1988) and last (1992) annuals are more rare than the other three, and it has been very difficult finding any information about them. 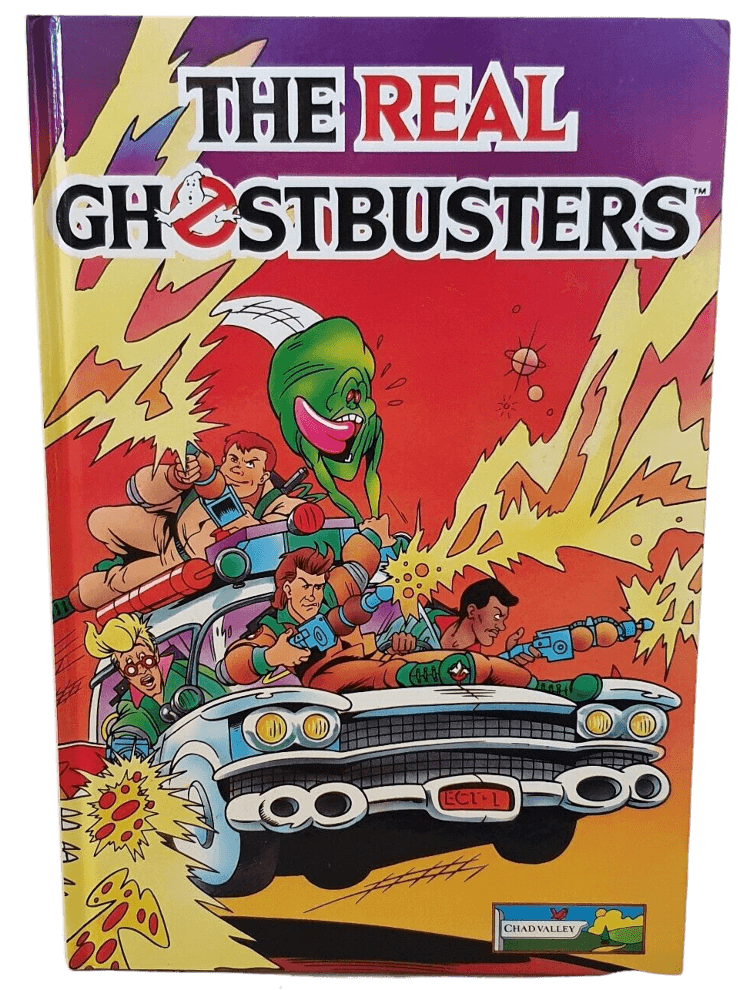 The first Real Ghostbusters Annual was published by Chad Valley in 1988, but I have been unable to find any info about the content, sadly. 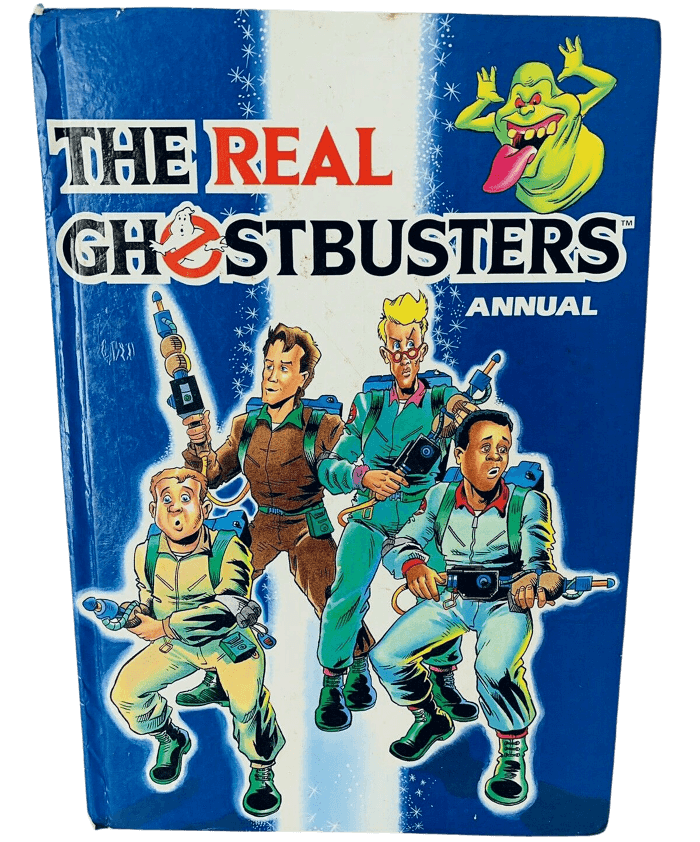 The 1989 annual is the first to be published by Marvel Comics Ltd, and featured a blue cover with the team ready for action and a slimer looking down and sticking his tongue out at them. The price is £3.95. Comic strips included Sarah Sangster's Spectre and The Spook from Outer Space. 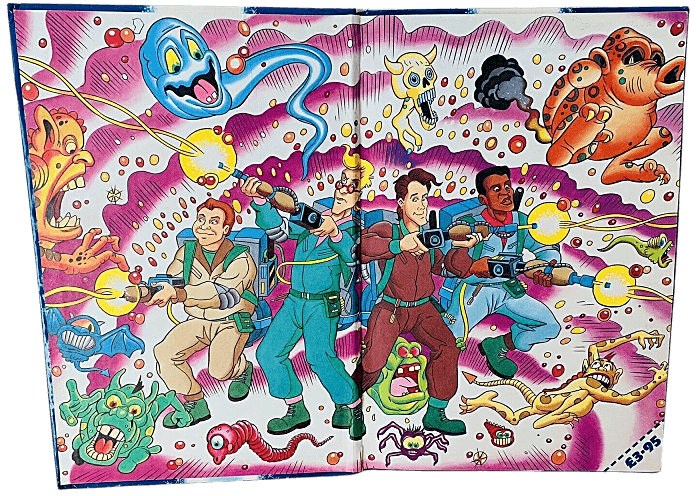 The inside of the front cover and page 1. 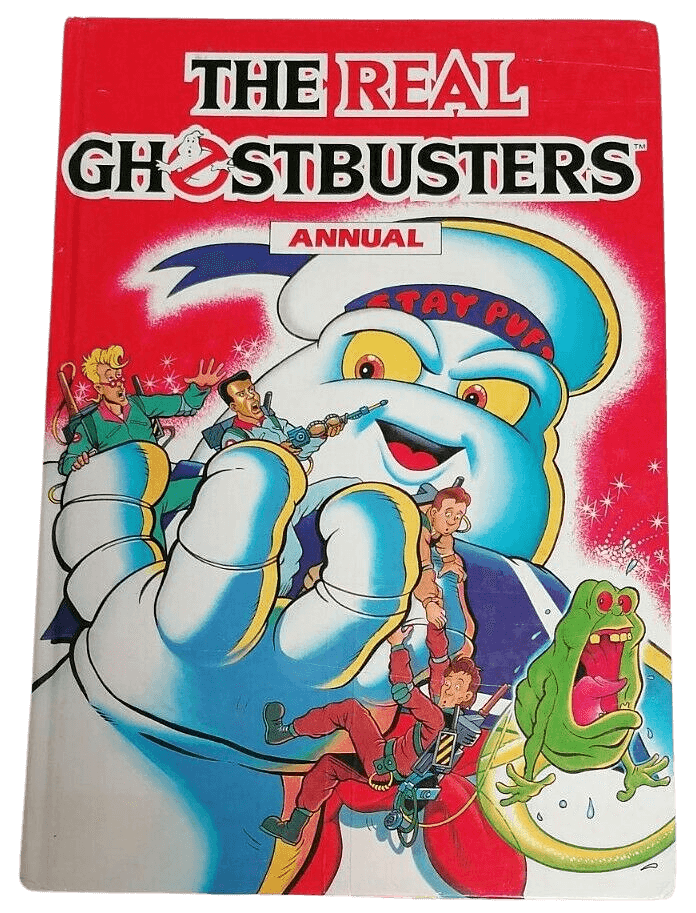 This is the 1990 annual (the second by Marvel Comics) featuring a red cover with the Stay Puft marshmallow man and the team. It features a giant image of a slimer on the inside of the cover page and page 1. The price is £3.99. 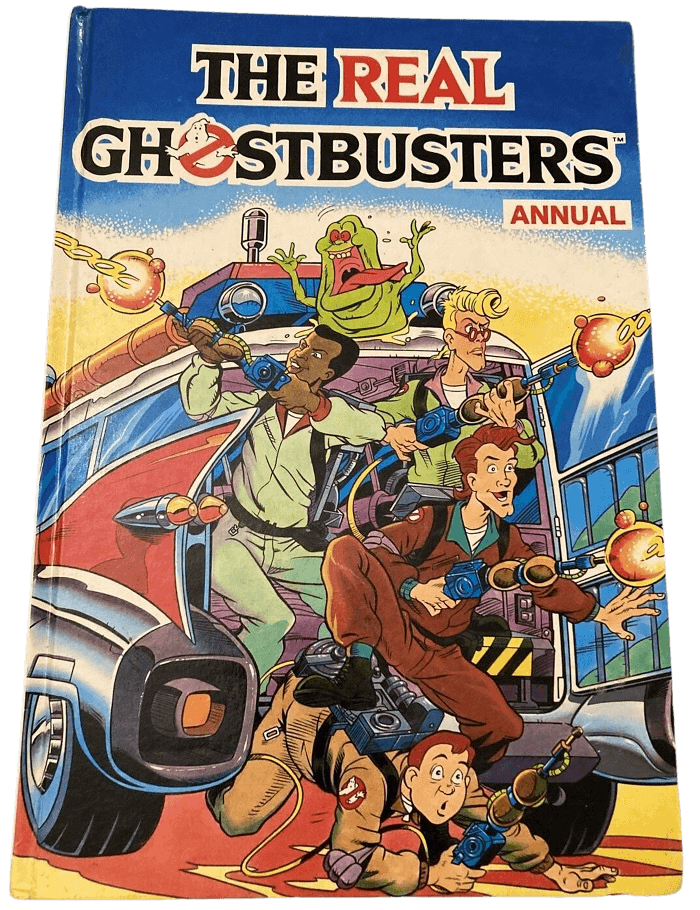 There was an increase in price for the third annual (1991) which was £4.50.
This annual didn't include fact files, as all of the characters were covered in the first two books, instead there are articles about making Phantomime masks, and games including the Spook-A-Market Game, Mix N' Match Spooks, A-Mazing Ghosts (which is a maze game) and Spot The Difference. 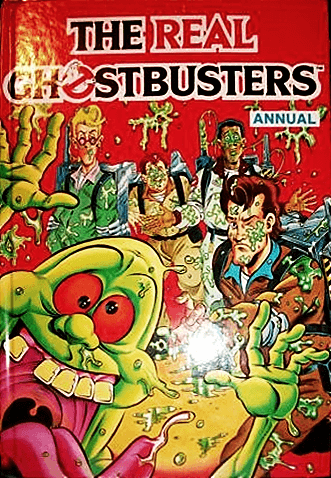 The Real Ghostbusters Annual 1992 was published by Marvel Comics Ltd. This one appears to be pretty rare and I have been unable to find any info about it.
There are also several annuals published by Now Comics, which were published in the U.S. and Canada in 1990, 1991, 1992 and 1993. 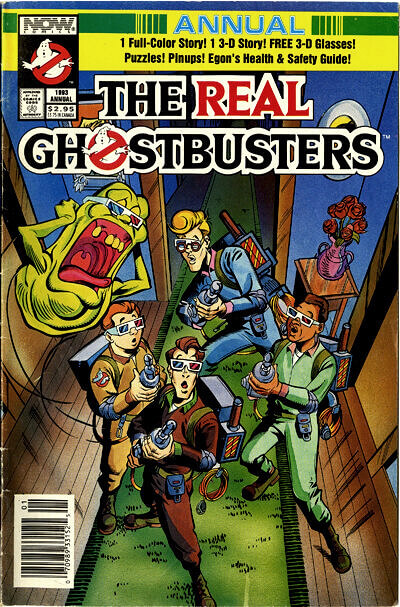 TV Comic Annuals from the 1980s