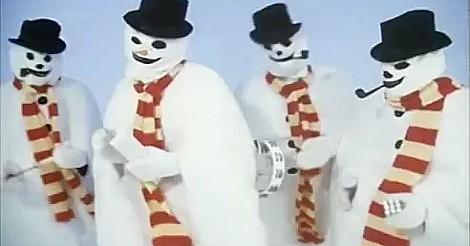 Well, they really don't make 'em like this anymore, and whether that's a good or a bad thing is up for debate! If you want to show your kids an example of how brilliant the Christmas songs were in the 80s, then make sure you don't show them this one!

The single reached No.18 spot on the U.K. singles chart in 1981 and you can see the original video above.

Released on Stiff Records, the rumours are that the song was performed by Ian Dury and The Blockheads. I'm not sure if they were actually in those costumes, though! The lead vocalist certainly sounds like Ian Dury, but it has been suggested it could be someone imitating him to make everyone believe it's Ian Dury - who knows?

The video and those costume looks shamelessly cheap! However, at least the snow in the street actually looks real and the chances are it was filmed in real snow, given the winter we endured in 1981. The kids and the granny looking out of her window are all having a lot of fun, at least!

The highlight of the video is the Rudolph The Red Nosed Reindeer break at 1:21 which a snowman plays on a cheap Casio keyboard using his carrot nose - genius!

As awful as this song is, Top Of The Pops was less pretentious in the 80s, with more audience participation. The fun element disappeared (along with the show) during the noughties. 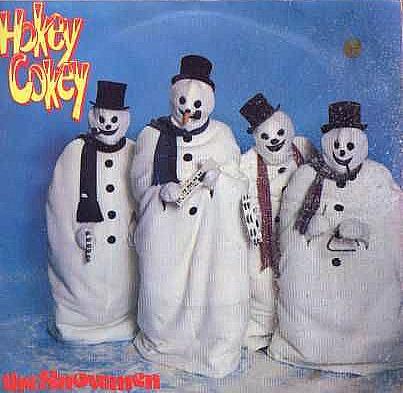