THOMAS DOLBY LIVE ON THE OLD GREY WHISTLE TEST IN 1984

The Golden Age Of Wireless Vinyl

Admittedly, not all of the live performances on The Old Grey Whistle Test during the 80s were of a high standard, and some weren't truly live at all. However, this performance by Thomas Dolby of his best-known hit "Hyperactive" is first class.
I've always been a fan of Dolby's distinctive and energetic songs from the 1980s. Here, he looks pretty stylish dressed in a brown trench coat with a turned up collar. Well, a trench coat takes all the effort out of looking stylish, and although it's a pretty minimalist fashion statement, it seems to work every time!
Thomas really puts his heart and soul into this quirky performance, and his voice sounds every bit as good as it does in the studio. Backing vocals are provided by Adele Bertei, and there is some excellent live trombone playing from a guy who looks stereotypically French with a tash and beret, but probably isn't!
The only disappointment is that the flute part is played on a keyboard, although there is some nifty finger work going on, and it sounds pretty convincing for an 80s synth. The deep and funky bassline that keeps the whole song together really is awesome, though.
Near the end, a young guy is having a thoroughly good time with the vocoder part, although it doesn't sound half as beefy as on the studio version. By the way, if you ever wondered what exactly was being said, the lyrics were "Stand Up, Hyperactivate!, Get Up, Hyperactivate, Wise Up, Hyperactivate, London, Hyperactivate".
What I do like is that a real drummer has replaced the drum machine, and the song sounds a whole lot better for it. If proof was needed that Dolby can take his electro pop songs out of the studio and perform them live, then this is it! 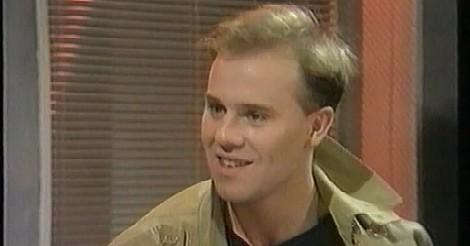