The Very Best of Thompson Twins

Penned by band members Joe Leeway, Tom Bailey and Alannah Currie, this thought-provoking, anti-drugs song with its unusual tribal chant was the second single to be released from Thompson Twins fifth studio album "Here's To Future Days". Released on 19th August 1985 (a month before the album), this was the last single for the band to reach the top 20 in the UK singles chart. The debut single from the same album, "Lay Your Hands On Me" had reached #13 in the UK and was released on 26th Nov 1984, almost a year before the album came out.
The song was produced by Tom Bailey and Nile Rodgers who did their best with a pretty weak chorus. The B-side featured a new track that was exclusive to the single "Big Business", and the 12" vinyl featured a longer version entitled "Very Big Business". Two 12" vinyl singles were released by Arista with a different extended mix of the A-side on each of them. TWINS129 included "Smackattack!" (6:10) and TWINS229 included "((U4A+(U3A)=Remix)" (6:38). 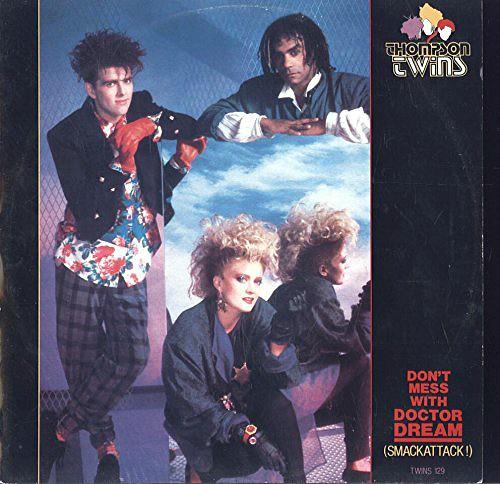 "Here's To Future Days" was the last commercially successful album for the band, reaching #5 in the UK and #20 in the U.S. It was also the last album to include Joe Leeway, who left the band after their world tour when the contract with Arista ran out. However, he did not fall out with the other band members, which is often the case, but had issues with the band's manager.

"Don't Mess With Doctor Dream" entered the UK singles chart at #22 on 25th Aug 1985, climbing to its peak position of #15 for just week for the 1st Sept chart. During the same week, David Bowie and Mick Jagger were at No.1 with "Dancing in the Streets". The single dropped one place to #16 on 8th Sept and spent its sixth and final week in the chart at #54 on 29th Sept.
The single's highest chart position was in Sweden where it reached #10. The song also hit the top 20 in Australia, New Zealand, Belgium, Switzerland, Italy and Finland.

The most chilling part of the video is actually the ending, which I'll come to in a moment, although Alannah's banshee-like scream (near the start) comes a close second! It was directed by the legendary Godley & Creme and the Irish video director Meiert Avis.
It starts with close-ups of the band members faces during the "ooh ooh ooh ooh ow ooh ooh ooh ow" tribal chant. We then see messages in a very bland 80s computer-generated font stating "it kills your feelings, messes with your mind, takes control of you" against a background featuring the sky. Imagery of the sky is then blended with the band members, along with more messages about the negative effects of drug-taking, and this carries on throughout most of the video. Perhaps the most thought-provoking message is "death doesn't bother the walking dead".
Towards the end, we see aerial footage above a church graveyard which slowly closes in. As mentioned. the ending leaves a strong message, as when the music stops, we see the band attending the funeral of a drug addict in the graveyard. There is certainly nothing subtle about this video!
It's just a pity that the song doesn't have a stronger hook, as it would have helped to get the message across to many more people had it performed better in the charts. An opportunity missed, I think. 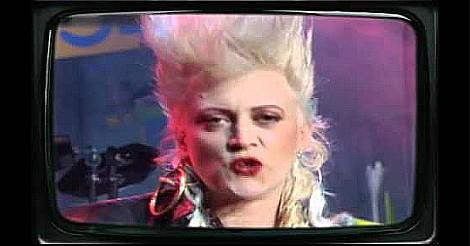 You Take Me Up 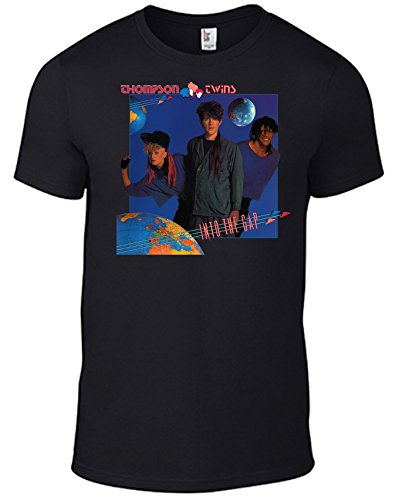 Thompson Twins Into The Gap T-shirt