The 1980’s was the true golden era for music. It was all about fun and positivity and the real peak of music journalism, so the stars were out to impress. The 80’s saw the rise of Punk, New Wave, Electronic, New Romantic and many more. So how can you honour such an incredible era?

Well, by picking some the top tunes of the decade for some Karaoke tribute of course! See our suggested top 10 throwback musts.

Wake Me Up Before You Go-Go - Wham!

Wham! are so synonymous with the 80’s, the tunes, the t-shirts, the hair! It’s all such a warm and familiar feeling. Whilst Wham! have an extensive and brilliant back catalogue, ‘Wake Me Up Before You Go-Go’ is a fabulously upbeat party song. No 80’s themed anything would be complete without it and it will always get a great response in any room it’s played. Just remember to take a deep breath before the high notes.

Forget the jitterbugs, pick up the mic and sing your heart out to this 80’s must!

There's nothing that a hundred men or more could ever do to convince me that this is not a complete 80’s gem. The intro to the song alone is so recognisable, nobody cannot instantly identify such a classic.

What makes this a nice choice for Karaoke? Well, it’s so well known that the chorus will get you some crowd support, but it’s also at a nice enough pace that you’ll be able to keep up with the words to really give this song the attention it deserves. 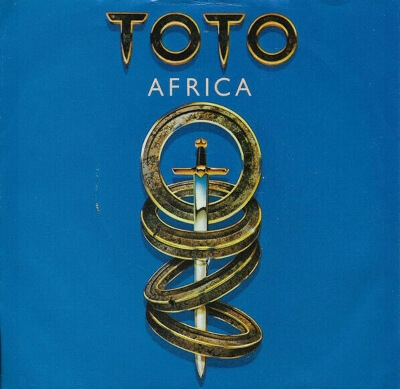 This lyrics to this song were written by Boy George, fuelled by the relationship he had with the group's drummer, Jon Moss, at the time.

The ups and downs of that professional/romantic relationship was the inspiration for the line, "You're my lover, not my rival". That passion in the song certainly shines through, whilst still managing to be a song people can bop along to, and you can really get into it when you have the microphone as Boy George has such an effortless voice, that still packs a bit of a punch. A top 80’s pop classic, this song is one that both the guys and the girls have ample opportunity to sing quite well.

This one won’t get a red or gold light from the crowd, but green all the way.

The Power of Love - Huey Lewis & The News

An iconic song that was featured in THE most iconic 80’s movie, Back to The Future. The song is such a feel-good song, and you can’t help jigging along. The music video features a cameo appearance by Christopher Lloyd in character as Doc Brown, which just adds to the all-around magic.

Huey Lewis has a strong, gravel like voice and the chorus needs to have some ‘oomph’ to carry it off, so don’t be afraid to really put your all into it. The nostalgia this song ignites will make this it a complete winner. 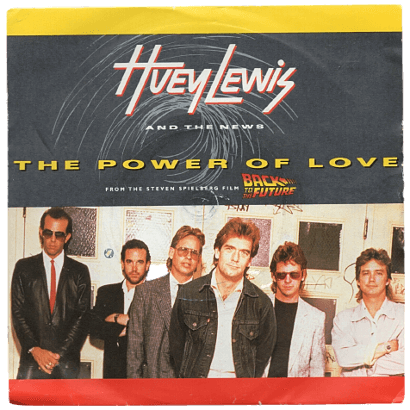 This song was complied by some absolute legends of 80’s music. Obviously, Michael Jackson, who needs no introduction, however, did you know that Eddie Van Halen played the guitar solo on "Beat It."? He did it as a favour for Quincy Jones, who produced the song. Eddie only got paid two six packs of beer for his efforts and was happy with that – yeah he was just that cool.

This is a great song for Karaoke as not only will everyone know it, but it’s got a beat that will get you a fair number of dancers on the floor. Whilst MJ had an amazing voice, the sheer love in the room for this song will cover you if you can’t quite hit some of the notes. (Also it is a great song for models to have a walk off to).

Could we have a list of top 80’s songs without Madge? Of course not! Madonna is the Queen of 80’s pop. Whilst any of her hits for this area are absolute bangers ‘Like Virgin’ just scoops the top spot. The song raised some eyebrows upon it’s release in 1984, but it got through that controversy and remains a top choice.

Possibly one more for the ladies here when in the original key, but the song is open to some interpretation if the guys are feeling cheeky and want to add a bit of comedy to the evening. Being that Madonna is a such a female powerhouse this will likely get all the ladies up and joining in regardless. 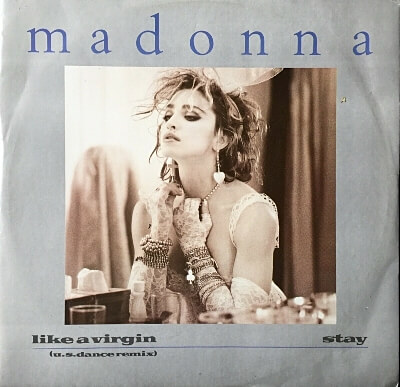 Pour Some Sugar On Me - Def Leppard

A song wrapped up in metaphors with a great beat, what’s not to love?

Def Leppard have nailed the 80’s rock genre, with a bit of a bad boy vibe. Whilst many of the woman will want to get up on the bar for this one (thanks to that scene in Coyote Ugly), these rock and roll hall of famers deserve a great amount of love and to have their song rocked out to in pubs and clubs up and down the country.

Make this one your own at Karaoke by really owning it and channelling your inner Rockstar with some added sass.

You need a certain amount of attitude with any Guns and Roses tune, after all Axl Rose is notorious for not turning up on time and is the ultimate male Diva. The key guitar rift is something Slash came up with when he was playing around on his guitar and thought it was silly and wanted nothing to do with it. Luckily for us, Axl Rose was adamant it be part of the song and is now there for our enjoyment forevermore.

It’s another Karaoke must, so do a shot and own it. The crowd will love it. 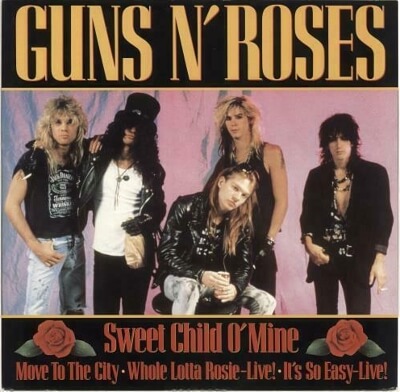 Livin' On A Prayer - Bon Jovi

As soon as that intro starts, you’ll see people running back from the bar and the whole place will become electrified by this 80’s masterpiece. Everyone and their Nan knows this song, and if you can’t quite meet the dulcet tone of Mr Jon Bon Jovi, everyone in the room will be singing along, so you’ll be forgiven.

The key change at the end of the song will really leave the whole room on a high and you’ll be cheered off stage like a true Rockstar. This is pretty much a guaranteed Karaoke success no matter your talent level.

If you can get the final song of the night, well this is a great one to end on. This Europe classic with its amazing instrumentals will see the air guitars being whipped out in the audience. This is another one that can suit the lads and the ladies due to the pitch of the song, and again just so well known that certainly in the chorus you’ll get some help from the crowd.

So, there you have it, that is The Karaoke Company’s pick for the top 80’s songs for Karaoke. We all know that there will never be a music era as good as the 80’s again, so let’s celebrate the great times and bring some much loved nostalgia to your next Karaoke night.