Firstly, I hope you enjoy the video I created above which runs through each of the top 5 home video games with gameplay for each one.
This post gives a more in-depth analysis of each of the games. The list is not my personal choice and is based on official sales figures, so you can't really argue with it! But there are some iconic games here (and also one that sucks big time!) and four of them were for the Atari VCS/2600 console, so if you had one then you definitely need to read on!

Night Driver was actually 7 years old in 1983, having been originally released to the arcades by Atari in 1976. It's one of the earliest 3D racing games, and although it really does look very primitive by today's standards, it was hugely successful.
The game was ported to Atari's VCS console in 1980, becoming the fifth best-selling title in that year, too, shifting over 161,000 copies. By the end of 1983, it had sold a total of 1.9 million units.
The arcade version came as an upright cabinet and sit-down version, and remained hugely popular throughout the second half of the 1970s.
The more colourful VCS/2600 version was programmed by Rob Fulop, who was also responsible for Missile Command and Demon Attack on the 2600. This version featured no gear changes, but there are eight variations available.
The idea of the game is simple. Drive along the road (in the dark, obviously) for as long a possible without hitting the reflectors along the sides. The occasional house or tree appears at the side of the road, but these were added merely for decorative purposes.

Well, you don't need me to tell you that the Atari 2600 version of Pac-Man is a real stinker! It is the game partly responsible for the video game crash of 1983, and one that proved to be a financial disaster for Atari.
Its programmer, Tod Frye, was given a small window of time to complete the game, and the limitations of the console proved to be more challenging than expected. The oversimplified version suffered from the infamous flickering ghosts, which led to the game being nicknamed "flicker-man". The game actually became Atari's best-selling title, that is, until angry customers started returning the cartridges!
Read more about this version on our Pac-Man page, which also include a free online version to play. 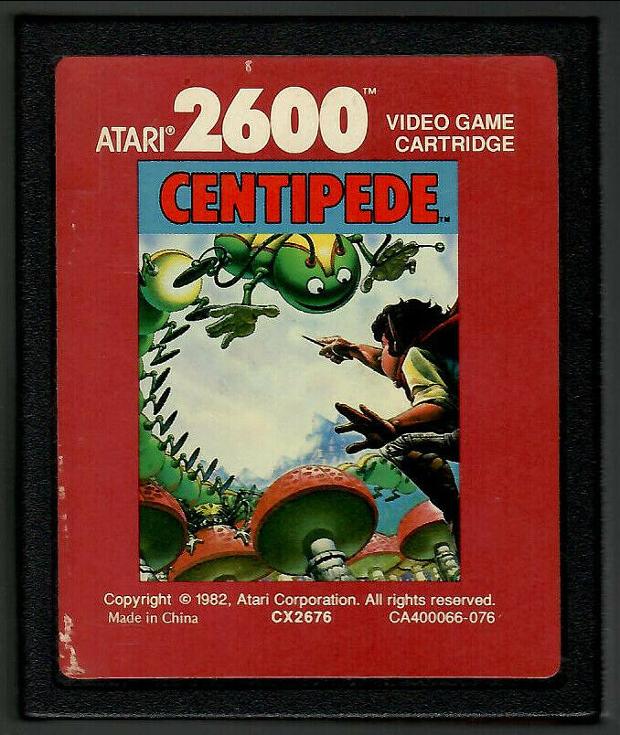 Atari's Centipede is definitely one of the more iconic video games from the 1980s, and it was first released as an arcade cabinet by Atari Inc. in 1981. The Atari 2600 port was released in 1983, shifting 1.47 million units in that year alone. The game was party designed and programmed by a woman, Dona Bailey (alongside Ed Logg), and gained a big female following, something that was very unique at the time.
In the gameplay, a centipede moves from the top to the bottom of the screen through a field of mushrooms. I remember that shooting the middle segments caused it to split into two, so the skill here was to try and only shoot at the outer segments. Although there are other insects to destroy, too, it is only by completely destroying the centipede that you can move on to the next level. If it reaches the bottom of the screen then an extra head is added, and it will meander its way back up the screen again.
The game plays a lot better with a Trackball controller (which was also used on the arcade version) giving much more precision, but for those of us who couldn't afford one, the joystick would have to suffice! 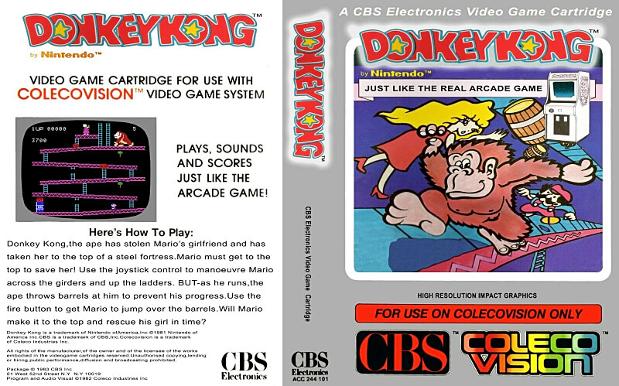 Yet another iconic game, and the first one to feature the best-known plumber in the world, Mario. One of Atari's main competitors in the home console market was the Colecovision, which was technologically superior to the 2600 console, and greatly outsold the 5200.
The console's games closely resembled those in the arcades, and Donkey Kong was the game the helped sales of the console to soar. Coleco had cleverly managed to strike a deal with Nintendo for the rights to the game, and decided to include it with each console (much to the surprise of Atari). Coleco paid a whopping $200,000 upfront for the license (which was an extremely risky move) and also had to give a cut of $2.00 in royalties for each unit.
Initially, the deal proved to be extremely successful, until the video game crash forced the company into bankruptcy and led to them pulling out of the home video games market in 1985. Had it not been for the crash, then there's no doubt that Coleco could have been the market leader during the rest of the decade instead of Nintendo. 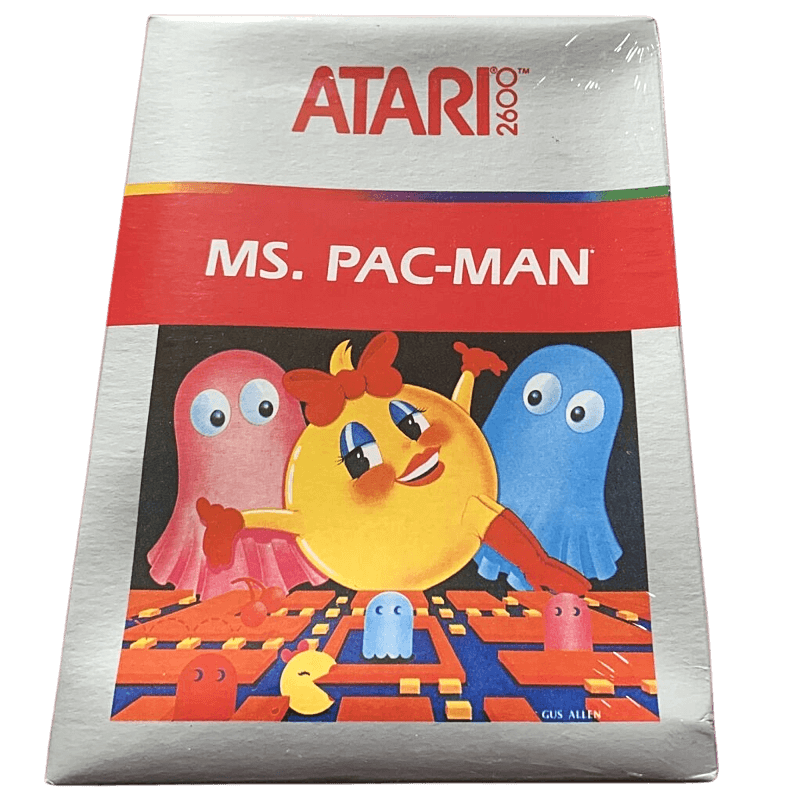 So here it is, the No.1 best-selling home video game of 1983, selling a whopping 1.96 million units during the year.
The arcade version of Ms. Pac-Man featured many big improvements over the original Pac-Man game, and was highly praised for featuring a female lead character, even if she was essentially just Pac-Man with a hair bow and lipstick!
The concept of the game remains the same; clear the screen of pellets and avoid the monsters (ghosts) until you eat a power pellet. By the way, although the majority of folk refer to the monsters as "ghosts", they are officially monsters!
One of the more obvious differences is the addition of more colourful mazes (starting with pink) and the animated fruit, which was previosuly stationary. One of the monsters is now called Sue (she replaced Clyde), which just happens to be the name of my dear Mum, but she was certainly not a monster!
Although the 2600 version is not as fast as the arcade version (this was actually an advantage for the average video gamer, such as myself!) it's almost as fun, and overall is one of the better conversions, and certainly hugely better than the aforementioned Pac-Man conversion. 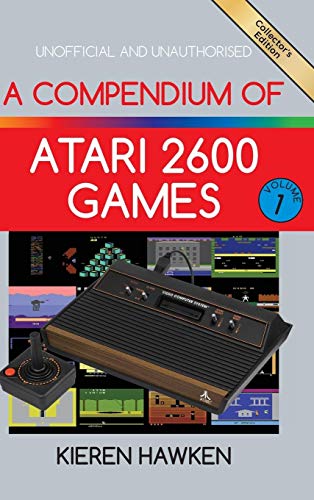