The Best Of Tracey Ullman

This song was originally released by Doris Day in 1963, reaching #8 in the UK. It was the theme tune from the movie of the same name, in which, Day starred as Ellen Wagstaff Arden, alongside James Garner as her husband, Nick. The single was penned by Day's son, Terry Melcher, with help from Hal Kanter and Joe Lubin, and spent 16 weeks in the UK chart and was also re-released in 1987, reaching #45. 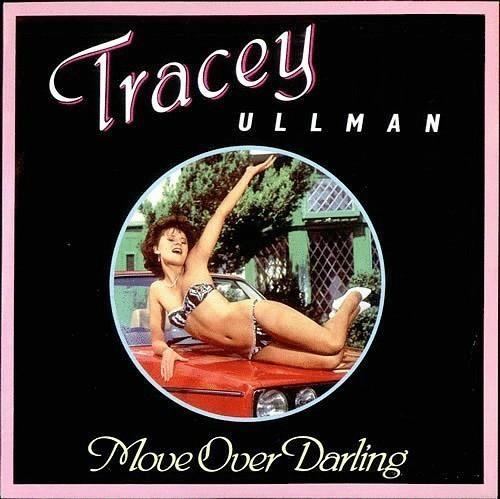 The standard 7 inch UK single (Stiff Records) with the same B-side as the picture disc.

Chart Performance
Released 20 years after the original, spookily, the cover version by Tracey Ullman also reached #8 in the UK singles chart (and also #5 in Ireland), although only spent 9 weeks in the chart. Ullman's version was released as third and final single from her debut album You Broke My Heart in 17 Places, and entered the charts at #21 on 27th Nov 1983, while Billy Joel was at No.1 with "Uptown Girl". The single climbed to its peak position of #8 the following week (4th Dec) and The Flying Pickets also claimed the No.1 spot in this week with "Only You".
The Video
No doubt, you will have spotted The Shadow's guitarist Hank Marvin playing the electric guitar solo at the start of the video, followed by Tracey under a 60s style hairdryer with two other ladies beside her at the hairdresser's. She sings the lyrics to her lover, a train driver on the A1X Class 55 Stepney steam engine, which featured as a character in Thomas The Tank Engine as Stepney The Bluebell Engine.
Tracey and the train driver are then seen dancing in the road dancing together. Tracey is wearing a pink Ballroom gown and the train driver is in 60s motorcycle gear. He then opens the door to the sidecar on his motorbike and she squeezes into it and her takes her to the Rivoli ballroom dance competition. Here they win the first prize cup and then they dance their way back to the Stepney engine which rides off into the distance. 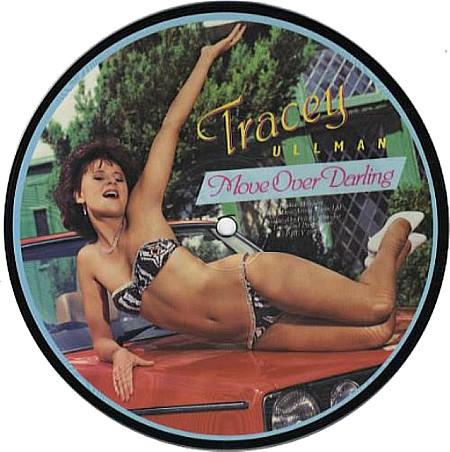 Move Over Darling - 1983 UK Stiff label limited edition 2-track 7 Picture Disc single. This also includes the title track from the album "You Broke My Heart In 17 Places" which was written & produced by Kirsty MacColl.

Lyrics for Move Over Darling 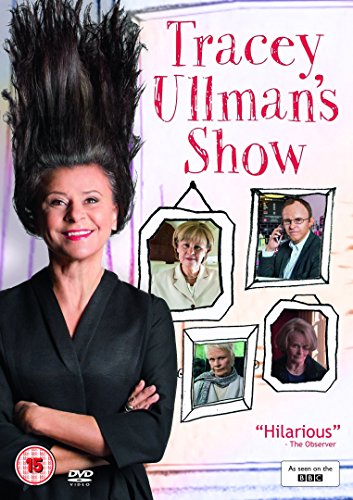