If you owned a Nintendo Entertainment System (NES) in the 1990s, then you may remember playing this Olympic sports game which was released by Konami in November 1989 across Europe (1988 in Japan) and in June 1989 in North America.

The sequel was a little more realistic than the original Track & Field released in 1988 for home computers and the NES, as it allowed the player to choose a country to represent. However, the original arcade version from 1983 remains superior.

Track & Field was re-released by KEMCO for the NES in 1992 as "Track & Field Barcelona", to coincide with the 1992 Summer Olympic Games.

Unfortunately, the free onlinegame has been removed as it links to a non HTTPS site and does not work on our website. However you can play the game at arcadespot.com

This free online version (for Desktop PCs only) allows you to play three events (there were 15 in the original) which are fencing, hurdles and swimming. The controls are different for each event, so let me take you through them;

Please note that in the hurdles you need to hold down the right arrow key to run, and not repeatedly tap it (like I did - doh!). Click on the "Start" button to start the game - pretty obvious! All that remains is for me to say have fun! 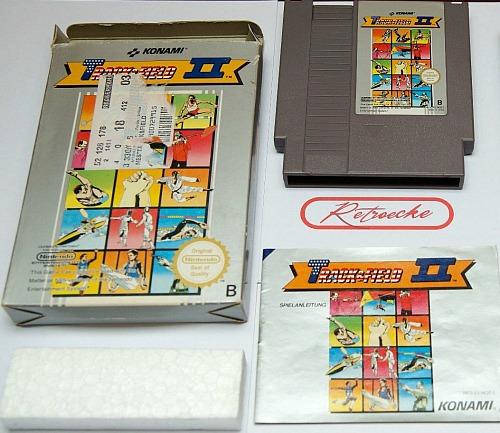 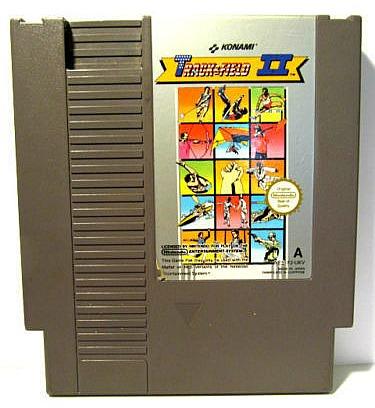 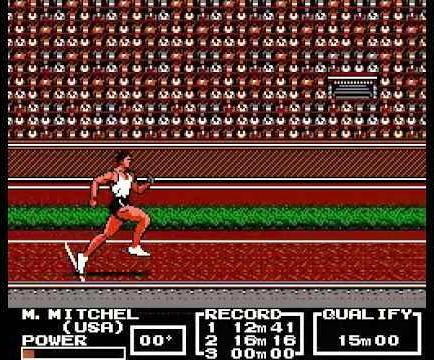 Screenshot from the NES version