To date, "Fast Car" by the American singer/songwriter Tracy Chapman has spent an impressive 47 weeks in the UK Top 100, and has reached the UK top 5 twice. The single has sold over 661,000 copies, and has been covered by numerous artists.
The track was released as the lead single from Chapman's self-titled debut album, and after performing it at Nelson Mandela's 70th Birthday Tribute at Wembley Stadium on June 11th 1988, the song became a huge hit in the UK, U.S. and Canada.
However, it was a strange set of circumstances that allowed Chapman to perform "Fast Car", unexpectedly. She was booked to sing three songs, but after Stevie Wonder lost his hard drive, he was unable to perform as a surprise guest, so Chapman took to the stage with just a guitar and sang "Fast Car" and "Across The Lines" unplugged. 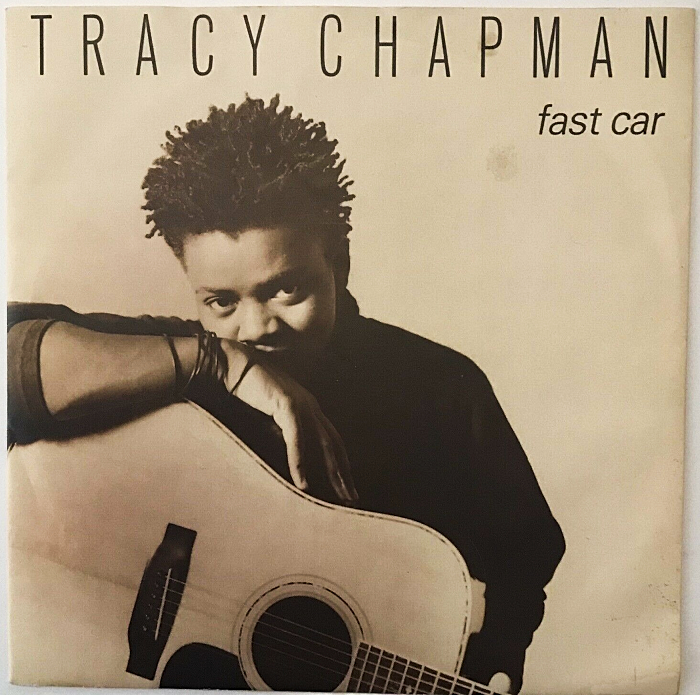 On it's first release, the single entered the UK singles chart at No.88 on 29th May 1988, but after the Mandela concert appearance, climbed to a peak position of No.5 for one week on 10th July 1988. This was in the same week that Glenn Medeiros was enjoying his second week at No.1 with "Nothing's Gonna Change My Love For You".
A TV performance in 2011 helped the song back into the UK charts for a second time, entering at No.58 on 17th April and climbing to No.4 the following week for one week. However, it wasn't Chapman on our TV screens! This second outing for the song came after a cover was performed by Michael Collins on Britain's Got Talent.
The single also reached No.1 in Belgium and Ireland, and in the Netherlands Dutch Top 40.
Despite the huge success with her debut single, Chapman failed to score another hit in the UK, making her a one hit wonder here. However, her 1995 single "Give Me One Reason" reached no.3 in the U.S. and Australia, and No. in Canada, but stalled at No.95 in the UK.
Nonetheless, Chapman's second album, Crossroads, topped the UK album charts and achieved Platinum sales in the UK and several other countries, despite no having no hit singles to help promote it. However, this was a fary cry from the spectacular 9 x platinum sales (BPI) of her debut album. 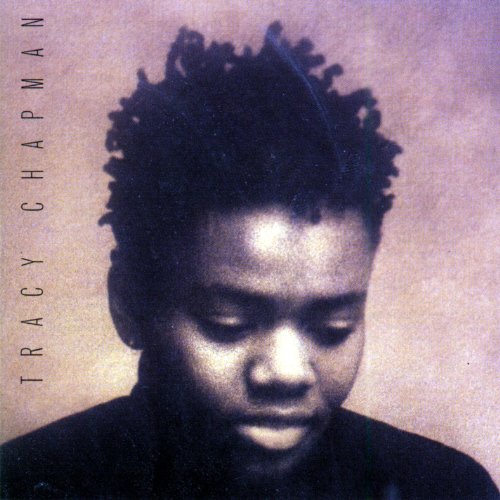 Bluntly described as a "hard-luck anthem" by Rolling Stone magazine, the lyrics are not actually focusing on a fast car as such, but rather on how a woman is in a poor relationship and having a tough time, and hoping for a better life, using her impoverished partner's fast car to drive to a new life in the city, as in the line "You got a fast car, I got a plan to get us outta here".
The lyrics also reveal that she is working at a convenience store (later descibed as a checkout girl) and manages to save a little money, which she plans to to use to go to the more prosperous city and get a decent job with her partner. We also hear that the woman's father is an alcoholic, and her mother left him, meaning she had to quit school to look after him.
"You stay out drinkin' late at the bar", describe how the woman's partner has also been irresponsible.
Ultimately, the lyrics are timeless, and still appropriate for many of today's younger generation. Times may change on the surface, but in reality nothing really changes, and we still have large areas of the world where poverty, unemployment and a lack of opportunities lead to alcoholism and despair, particularly after the Covid pandemic.

In 2016, Justin Bieber performed a cover in the Live Lounge for BBC Radio 1, which has been viewed almost 27 million times on Youtube. Love him or loathe him, I think it's a really decent cover, to be fair.
Also in 2016, the British singer/songwriter Jasmine Thompson released a beautiful piano-based version of the song, which has been viewed 5.7 million times on Youtube.
In 2020, the American country music singer Luke Combs sung on a gorgeous acoustic cover for his Instagram site and Youtube channel.