By the time the Transformers toys and cartoon series appeared I was starting work, so I was a little too old to enjoy them. I do remember the British TV adverts, though, and remember the theme music with the "robots in disguise" chorus. You can watch a UK TV ad from 1985 in the video clip above.

Although the original and official Transformers toy line (now known as Generation 1) first appeared in 1984 and were manufactured until 1993, the first toys actually appeared long before this date, albeit under a different name.

A Microman toy line first appeared in 1974 and was produced by Japanese toy company Takara (known as Tomy here in the UK). After they went bankrupt in 1982 part of the line was made into the first Transformers line by Hasbro.

The Diaclone toy line was launched in 1980 and in 1982 included the Car Robots transforming toys. These were licensed by Hasbro and merged with the Micro Change toys from the aformentioned Microman line to become Transformers. 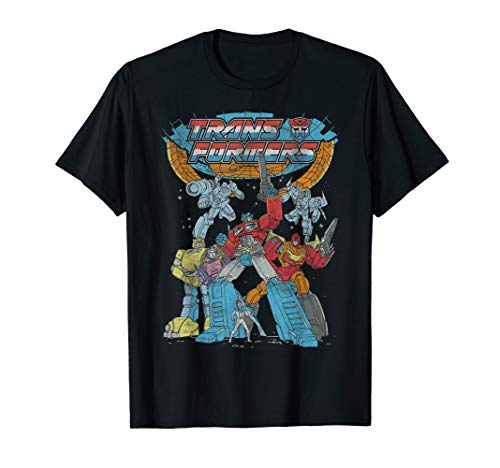 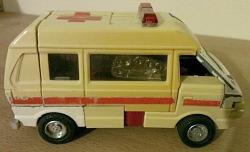 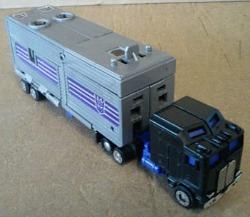 From truck to robot - Transformers Motormaster from the Stunticon range
Stunticons are a group of Decepticons who are pretty mean and disrespectful. These toys were sold as part of the Menasor gift set during late 1985, and then sold separately during 1986. All of the five toys from the Stunticon range could be combined to create a mighty robot called Menasor. 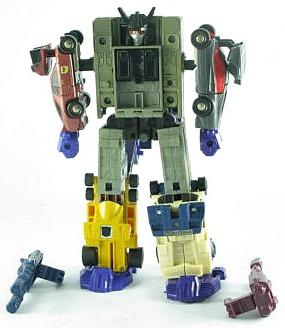 The mighty Menasor (above) consisted of five Decepticons;

Cindersaur is a brutal lizard monster who is a pretty insane firestarter that likes to terrorise and confuse its enemies.

Flamefeather is a bad-tempered bird monster. This total nut case simply attacks everything in sight without provocation!

Sparkstalker is a bug monster that has more intelligence than the other two Firecons (that wouldn't be hard!). He actually plans out his moves on the enemy. 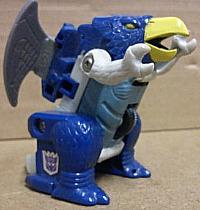 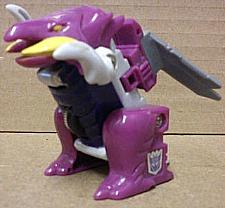 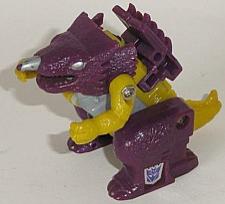 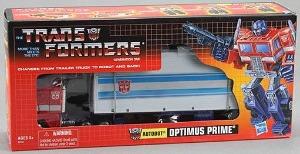 1980s Autobot Optimus Prime Toy
Autobots are protective, peace-lovers who defend not only their own race against the Decepticons, but also other species, too. They are helped by the military on Earth and also have more places they can land on our planet than the Decepticons. 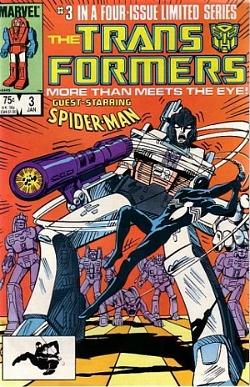 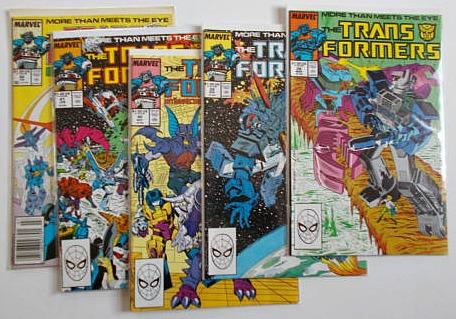 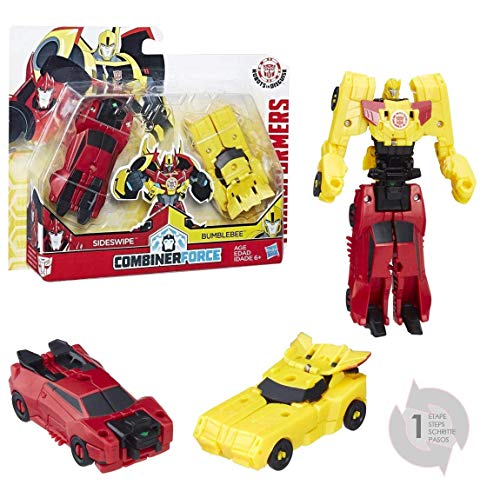