Baby I Don't Care - The Collection

80s band Transvision Vamp were formed in 1988 by Nick Christian Sayer and lead singer Wendy James. The band enjoyed chart success in the late 1980's with two albums and eight singles, including "I Want Your Love" and "Baby I Don't Care".
James attracted media attention with her sexually-charged and rebellious image, and her pouting lips and husky voice were something that many red-blooded males found hard to resist. My bedroom wall was adorned with her many posters ripped out from the popular pop magazines of the time such as Smash Hits and Record Mirror.
But, of course, I'm here to discuss her band's music, not my teenage crushes, so let's move on! 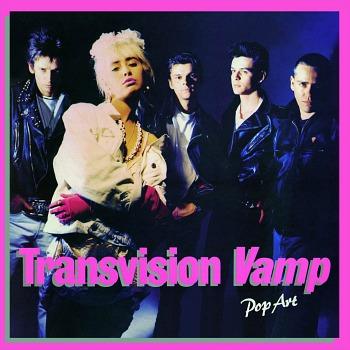 1991  Little Magnets Versus The Bubble Of Babble (album)

(I Just Wanna) Be With U
If Looks Could Kill

The band's debut album was mainly punk-infused, bubblegum pop and rock with catchy hooks, and was released in October 1988. It peaked at #4 in the UK and also #13 in Australia where the band were also highly successful. 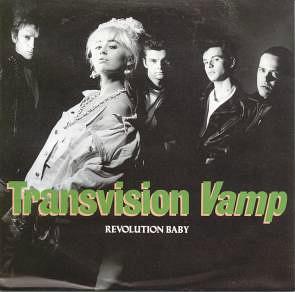 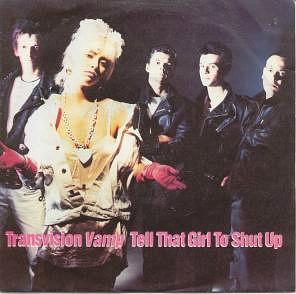 Tell That Girl To Shut Up was a cover of a song by American pop punk band Holly and the Italians that was written by the lead singer and guitarist Holly Beth Vincent. It wasn't a hit for the band.

Interestingly, the B-side featured a track called God Save The Royalties, which was a reversed mix of the song Psychosonic Cindy that featured on the Pop Art album. 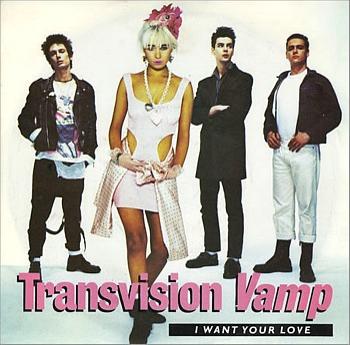 After being unsuccessful with Top 40 chart success with the first two singles Revolution Baby and Tell That Girl To Shut Up, the release of I Want Your Love became the first major chart hit for Transvision Vamp, peaking at #5 in the UK. 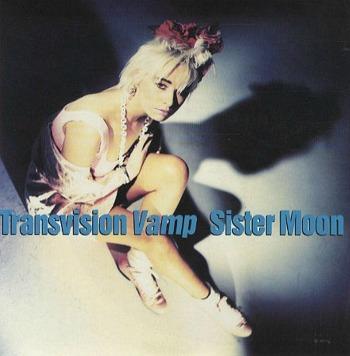 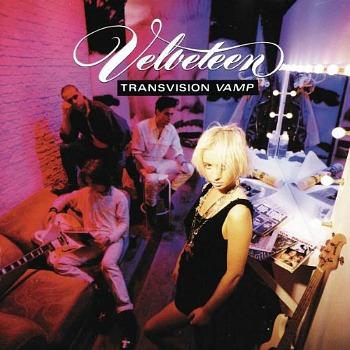 Undoubtedly, the band reached their career peak with the No.1 album Velveteen in 1989, which also reached #2 in Australia where the band were also highly successful.

The album was certainly a step-up from Pop Art. It still had choruses you wanted to shout along to, but there were also dramatic strings, a 60s influence and an almost epic title track. I bought the Velveteen album on cassette, but sadly it was chewed up by my cheap Saisho car radio/cassette player in my Mini Metro! It was a very listenable album, though, which is why I now own the the CD version. 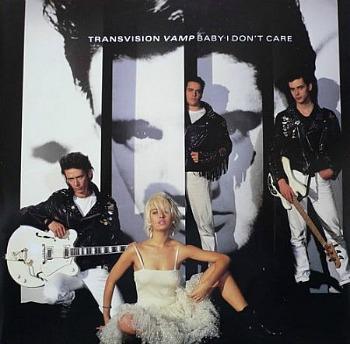 Baby I Don't Care, the first single taken from the album, reached No.3 and became their biggest seller. It was a foot-stomping, catchy affair with Wendy James screaching out the chorus in a very enthusastic manner.

The Only One was the second single to be lifted from Velveteen. Despite sounding pretty similar to the previous single, it was saved by being more up-tempo and I actually found it a more enjoyable listen. The song spent six weeks in the singles chart and peaked at #15 in the UK. It managed to reach #30 in Australia. Two more tracks featured on the 7", 12" and CD version of the single which were; The Mystery Song and Love Me.

The dramatic, 60s-inspired Landslide of Love was the third single to be released from Velveteen. It charted for five weeks in the UK, peaking at #14.

The fourth and final single from the album, Born To Be Sold, reached a very respectable #22 in the British charts. 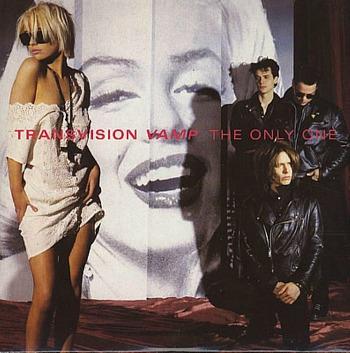 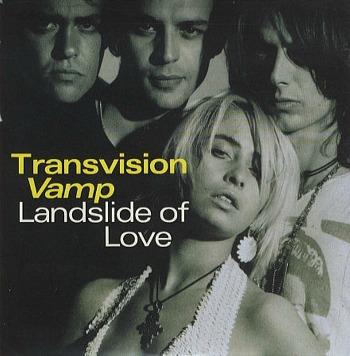 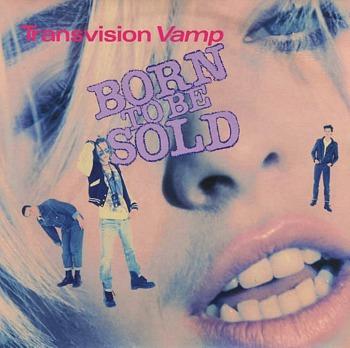 LITTLE MAGNETS VERSUS THE BUBBLE OF BABBLE (1991)

After the success of the chart-topping Velveteen, it seems quite bizarre that Transvision Vamp's third and final album was never released in the UK by MCA.

The album was released in the US, Australia, New Zealand and Sweden. Two tracks that featured on the album were released as singles in the UK; (I Just Wanna) Be With U (which reached #30) and If Looks Could Kill (peaked at #41) before the band split-up in February 1992. 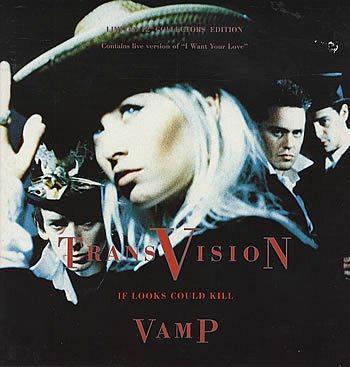 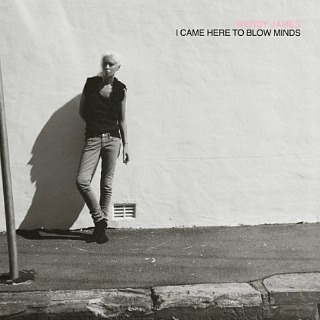 Written and produced by Wendy James, this album was released on CD in 2011, although, tragically, wasn't a commercial success.
This second solo album features a clever and interesting mix of rock, punk, folk and pop, and the tracks Speedball and One Evening In A Small Cafe really rock! The lyrics are edgy and some tracks have a welcome rawness that Transvision Vamp could've done with on some of their more commercial-sounding singles. This feels like the kind of stuff that Ms. James had been dreaming of writing since starting her musical career back in 1986. Here she has finally been given the opportunity of really expressing herself, with her first self-penned and self-produced album.

It's hard to pin down any single style of music here, but I can best describe this album as having the vibrant energy of the B-52s and Blondie in their early days, combined with the angst and sometimes offensive lyrics of the Sex Pistols.

So did it blow my mind? You bet it did! 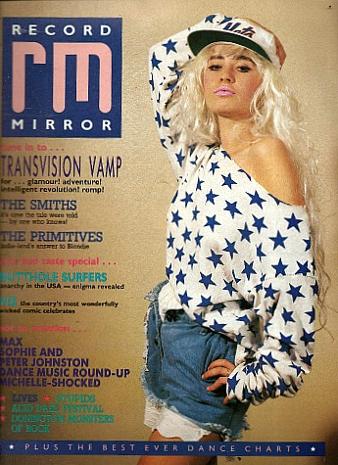 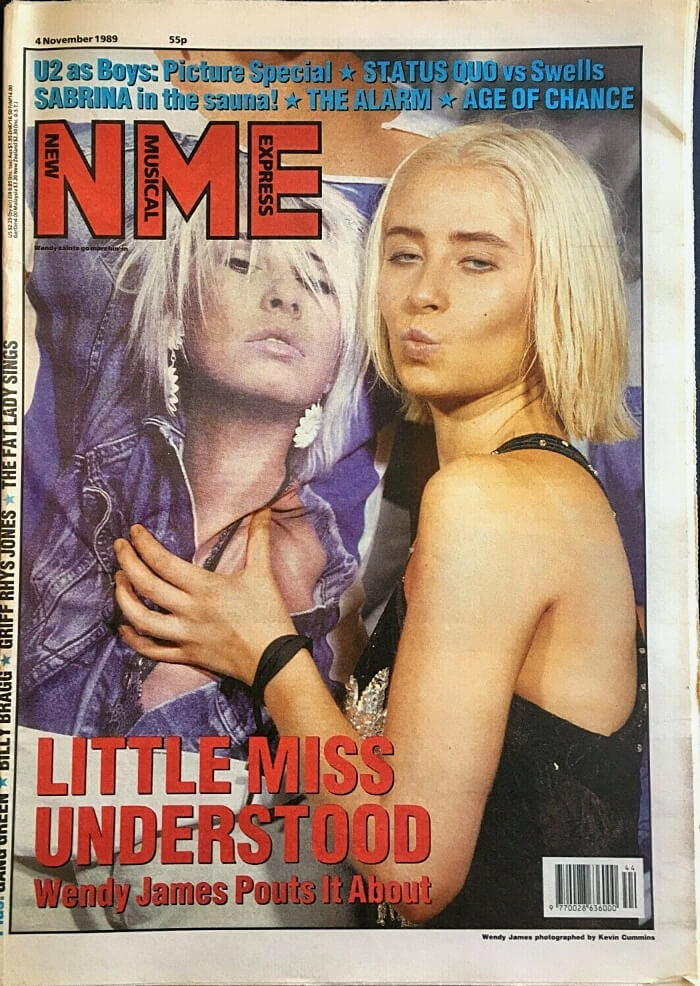 Voice Of The Beehive