Well, they don't make videos like this anymore do they? These guys have a very dry sense of humour and the minimalist action matches the song. We see the robot-like drummer (Peter Behrens) wearing braces, and the lead guitarist (Gert Krawinkel) with a flowerpot for a hat. As for the lead singer (Stephan Remmier), he's deliberately unanimated in an amusing kind of fashion.

The full title to this song "Da Da Da I Don't Love You You Don't Love Me Aha Aha Aha" used to give chart compilers a headache, no doubt! The song is a work of genius for the fact it is just so simple and infectious, and if you didn't know any better, then you could be mistaken for thinking that Jona Lewie had teamed up with Kraftwerk. 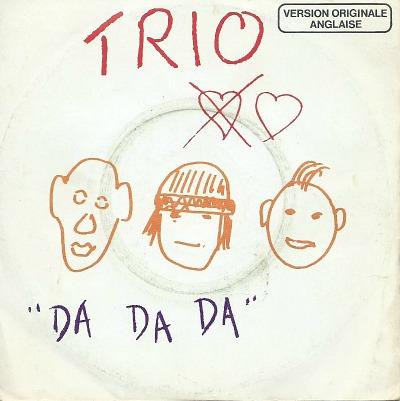 Released on the Mercury record label, 13 million copies of the single were sold in around 30 countries or more, and that has a lot to do with the fact that nobody could possibly forget the chorus lyrics, no matter what language you speak!

Here in the UK the single stalled at #2 (an artists worst nightmare!) in July 1982 and was held off the top spot by Irene Cara's Fame.

The only instruments used in the song were a Casio VL-Tone VL-1 pocket synth (using the Rock-1 rhythm preset and the Piano voice), a guitar and drums. 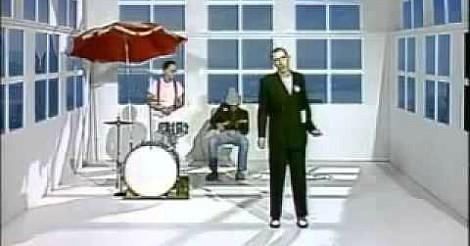 Original vinyl single from 1982. The sleeve is as minimalist as the song itself. 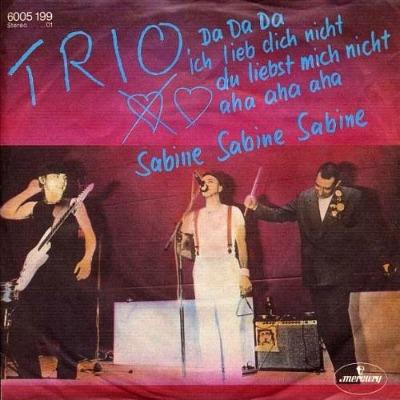 The Casio VL-Tone included a synthesiser, sequencer and calculator