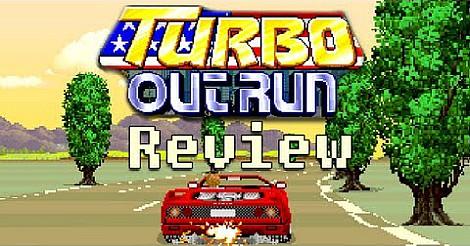 The much-anticipated follow-up game to OutRun (1986) was released into the arcades by Sega on February 11th 1989. There were two cabinet versions, upright and sit-down, and the latter version featured a fully motorised cabinet which moved in sync with the on-screen action - lots of fun, unless you suffer from travel sickness!

Ports were also released for 8-bit and 16-bit home computers in the same year, including the Amstrad CPC, Commodore 64 and Amiga, and the Atari ST. In 1990, the game was released for the ZX Spectrum and IBM PC DOS. Versions for the Sega Mega Drive and Master System were released during 1992. 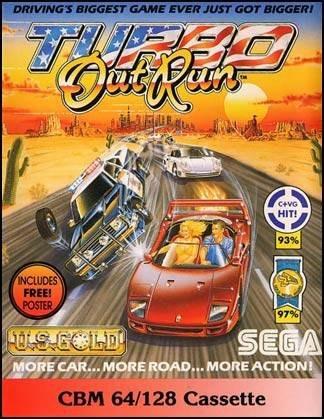 While the arcade version was very well-received - the super scaler technology gave the game state-of-the-art graphics - the only really decent port was for the C64, with the magazine Zzap!64 rating it 97% and Computer & Video Games (CVG) giving a generous 93% rating. Commodore User also gave an impressive 8/10.

The ZX Spectrum version was less well-received with average ratings around 75%, but this was far better than for the Sega Mega Drive game which was slated and rated just 41% by Mega Tech and 53% by Mega magazine. The 16-bit versions were also not that well-received with around 60% (6/10) being a very typical rating. 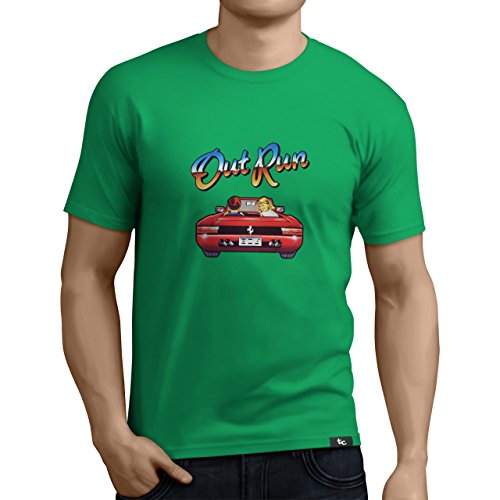 It's pretty obvious that the game was very much aimed at a male audience, especially as your task was to take control of a Ferrari F40 with your beautiful girlfriend as a passenger - something that was totally out of reach in real life for myself and the many thousands of geeky teenagers who played the game in 1989! Well, I had a red car, but that's where the similarities end!

You then had to race along a set route across the USA, from east coast New York to west coast Los Angeles. Unlike the original game, there were no forks in the road, so you had no choice in the matter. There was also a time limit for each run and another addition to the game that didn't appear in the original was an intimidating computer component in a blue Porsche 959.

You were faced with ever-changing terrains and road conditions including snow, rainfall, floods, roadworks barriers, tunnels, bumps in the road and other traffic.

As the game title suggested, there was a turbo button which gave you a brief, but satisfying blast of turbo power. That is, until the car's temperature got too hot. Frustratingly, you then had to wait for the car to cool down to a sufficient level before being able to use it again - darn Ferrari!

Another feature added to the game was a pesky police car which appeared periodically and would try to stop you in your tracks. You could deal with the annoying cop by smashing him off the road or by ramming him into another object on the side of the road - very rewarding!

To win a sub-goal you needed to make it through four cities, after which, various power-ups would appear and these were self-explanatory Hi-Power Engine, Super Grip Tyres and Special Turbo. If the guy in the Porsche beat you to the sub-goal, then you would lose your girlfriend who would, rather abruptly, jump into the passenger seat of your opponent's car for the next race - what a fickle bitch! If you won the sub-goal then you gained a colossal 1,000,000 points. Oh, and a kiss from your shallow girlfriend.

I played both the arcade and Atari ST versions and I certainly know which version I preferred. The poor frame rates made the ST game very awkward to play, although after seeing the other versions in the video playlist above, I can clearly see they suffered from the same problem. How anyone could play the Speccy version I do not know - those sprites are far too big for the poor machine to cope with.

A feature that I really missed was being able to select a music track, as with the original OutRun. Instead, a set piece of music would play in each section of the game - very annoying.

However, the C64 soundtrack was excellent, apparently, and was created by the Dutch composer Jeroen Tel. Indeed, the European Computer Trade Show liked it so much that they gave it an award for "Best music on an 8-bit computer" in 1989. Jeroen also composed tracks for dozens of other computer games and gained quite a reputation for his work.

There is no doubt that the arcade version was truly awesome, and even now the speed of the scrolling and the quick changes in terrain looks very impressive. It's just a shame that all of the other versions, apart from the C64, played so terribly. Okay, so the superior hardware of the Sega Mega Drive/Genesis version meant that it didn't suffer from the same slow frame rates, but compared to the original OutRun on the same machine, it actually looks inferior and not superior as a sequel should do.

Screenshots from the C64 version