One of the biggest events of the entire 80's decade was, of course, the Live Aid concert. On July 13th 1985, around $70 million was raised by this huge pop concert with the proceeds going to the famine victims of Africa.

Attended by the Prince and Princess of Wales, it's estimated that between 1.5 and 2 billion people watched the event live on TV.

You may be interested to know that a Live Aid DVD boxset is available from Amazon. It features over 10 hours of footage and captures a rare moment back in the great 1980s that will never be repeated. Featuring top quality live performances by Queen, Elton John, David Bowie and Simple Minds to name but a few.

This video clip features a performance of Wherever I Lay My Hat That's My Home by English singer/songwriter Paul Young at the Live Aid concert at Wembley, London in 1985. This was Paul's very first chart hit, topping the charts in both the UK and Ireland. The song was lifted from Young's debut album No Parlez, which spawned two more hits; Come Back And Stay and Love Of The Common People, the latter only becoming a hit after it was re-released.

Wherever I Lay My Hat was actually a cover version of a track that was originally recorded way back in 1962 by soul artist Marvin Gaye. Paul Young's version was released in February 1983 on vinyl and a shaped picture disc, knocking Rod Stewart's Baby Jane off the UK top spot in June 1983 and staying there for three weeks. 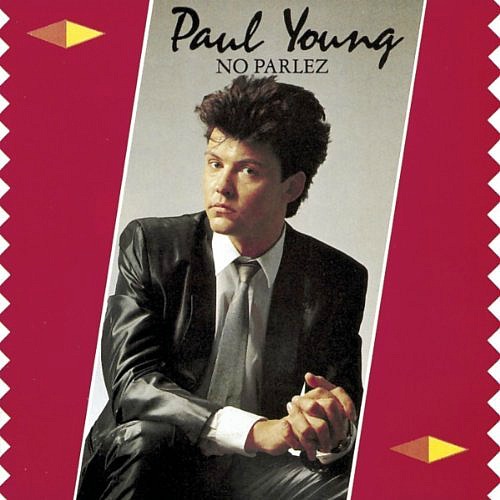 Don't You Forget About Me featured on the soundtrack to the movie The Breakfast Club and is Simple Minds best-known song. Regularly requested at discos and nightclubs in the 80s (by myself, at least!) the song topped the Billboard Hot 100 in nthe U.S. and peaked at #7 in the UK.

This video clip is from the days when Phil Collins actually had some hair! Against All Odds was a U.S. number one and UK #2 in 1984, and was the sountrack to the film of the same now. The song was also murdered, I mean, covered by Mariah Carey and Westlife in September 2000 and reached #1 in the UK.

STATUS QUO "ROCKIN' ALL OVER THE WORLD" AT LIVE AID

One of Quo's most well-known tunes is actually a cover of John Fogerty's U.S. hit from 1975, although this features a heavier rock sound. Quo's version reached #3 in the UK singles chart in 1977 and was a worldwide hit. It was the title track from their tenth studio album and has become their signature tune.

The English rock band are still achieving success and their most recent album, Quid Pro Quo, reached #10 in the UK album charts during 2011.

Status Quo - In The Army Now

Worst Songs Of The 80s