U2 "WHERE THE STREETS HAVE NO NAME"

Released on 31st August 1987 as the third release from "The Joshua Tree" album, this single, as you would expect, was not quite as commercially successful as the previous two releases. Nonetheless, with its glorious guitar arpeggio and thought-provoking lyrics, "Where The Streets Have No Name" gave U2 their fourth consecutive No.1 in Ireland. The single also topped the charts in New Zealand, reached #6 in Canada and #13 in the U.S. However, this was the first single from the album not to reach #1 in the U.S. 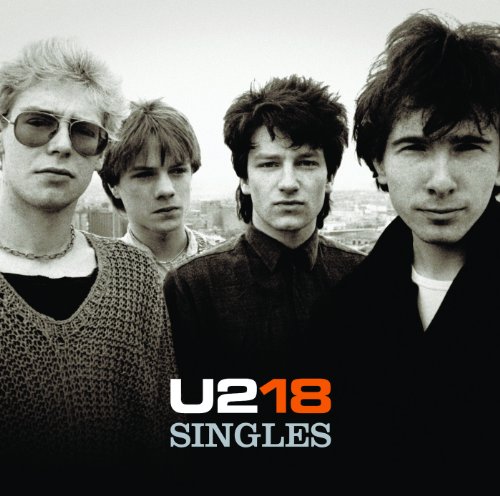 What is notable is that there were three B-sides. "Race Against Time", "Silver and Gold" and "Sweetest Thing". The 12" vinyl single included "Race Against Time" on the A-side. It is also quite odd that on the cassette single, all four tracks were recorded on both sides of the tape. I guess, it was convenient, though.
"Sweetest Thing" was re-recorded as a single in 1998, reaching #1 in Ireland and #3 in the UK.
"Race Against Time" features an african-inspired rhythm and is mostly, but not completely instrumental. It was used in an episode of the glamourous 80s crime drama series Miami Vice entitled "Child's Play". This track was not included on the 7 inch vinyl single.
Penned by the band's frontman Bono, the lyrics reflect his view that a person's background (such as class and religion) can be distinguished by the street in which they live in Belfast. This is in complete contrast to his experience of visiting Ethopia, where the streets have no name and where there is no division. Bono wrote the lyrics while staying in an Ethiopian village with his wife, Ali. Apparently, he jotted them down on a sick bag from an aeroplane - lovely!
The chord and 3/4, 4/4 time signature changes associated with the guitar arpeggio with delay effect caused huge problems when recording the single. It was very difficult to play and producer Brian Eno almost erased the track out of frustration, in an attempt to start afresh. Apparently, he was stopped by engineer Pat McCarthy who had to physically intervene, dropping a tray of tea in the process. Indeed, according to Eno, half of the time spent on recording "The Joshua Tree" was taken up by simply trying to record a decent version of the song, taking many weeks to do so.

The single entered the UK singles chart at No.4 on 6th September 2017 (which was it's highest position) in the same week that Rick Astley was at No.1 with "Never Gonna Give You Up". The song spent a total of six weeks inside the Top 100. 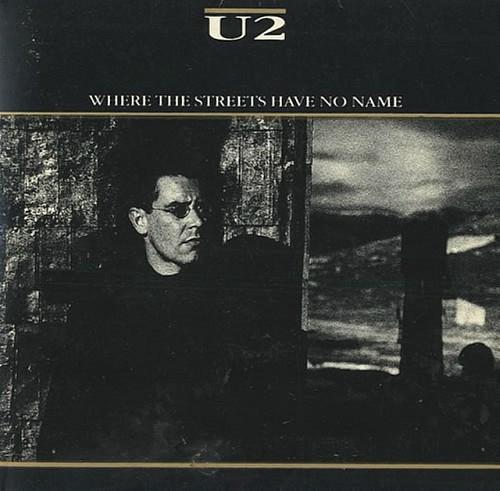 Filmed on 27th March 1987, the iconic music video features the band performing live on the rooftop of a liquor store in downtown Los Angeles. A huge crowd turn up to watch, and near the end of the video we see the police trying to end the performance due to security issues, and they are, unsurprisingly, booed by the crowd.
The roof was reinforced prior to the performance and an emergency generator was also placed on the roof as they expected the authorities to shut off the power. The idea for the video was actually for planned chaos that would lead the police to shut down the performance, and it went like clockwork! At the start of the video, we hear clips of radio stations from the morning before the performance making people aware of the event, although whether they were encouraging people to turn up is up for debate.
The video won a grammy award for "Best Performance Music Video".

There have been numerous covers of the song, but the first is one of the most notable. Pet Shop Boys covered the song in 1991 as part of a two track medley also including a cover of "Can't Take My Eyes Off You" by Franki Valli, and it was released as a double A-side in the UK with "How Can You Expect To Be Taken Seriously".
The single was controversial in that Tennant sang both songs in the medley without any pitch change, making a point of the similarities in the two songs. Both songs seamlessly blend into one another. "How Can You Expect To Be Taken Seriously" also criticises the hollow humanitarian messages of a number of 80s pop stars, and is, supposedly, a dig at Bono. In a statement about the single, U2 amusingly remarked "What have I done to deserve this?"
The duo's contrasting disco version tries to demonstrate that the guitar arpeggio can be inputted into a sequencer. The song blatantly strips away the overblown production and stadium sound associated with rock bands and stick two fingers up to the pomposity of 80s rock culture.
Nonetheless, trying to play an arpeggio on electric guitar is a damn sight harder than inputting it into a sequencer. Personally, I am fond of both versions of the song, as I am a fan of both electronic and stadium rock music, no matter how pompous! And although that statement is 100% true, it also allows me to sit on the fence.

Lyrics for Where The Streets Have No Name