This is an 80s tune that deserves to be listened to through a good set of speakers that can handle that sublime, deep bassline. The original version of "Don't Break My Heart" was actually an instrumental entitled "Labour Of Love theme", and was the B-side to the previous single "I Got You Babe", a collaboration with the Pretenders vocalist Chrissie Hynde, which reached No.11 in the British singles chart. 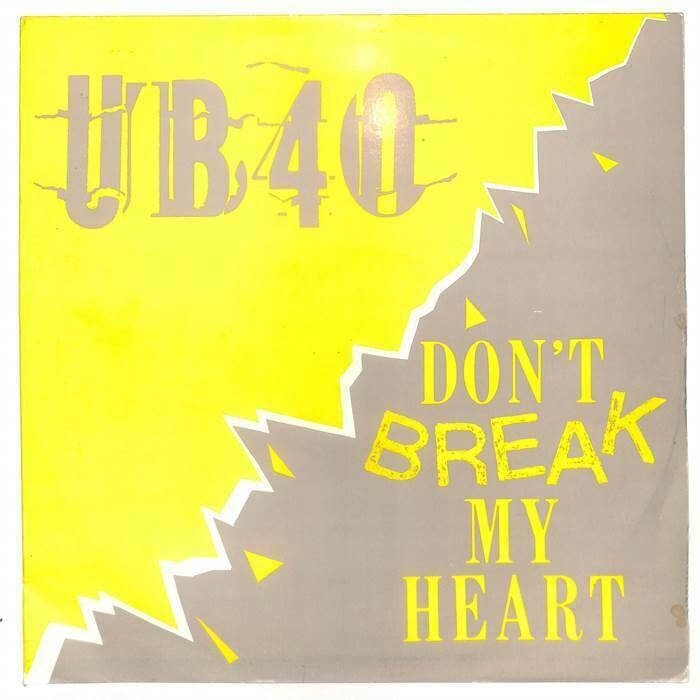 This was the second single to be released from UB40's second studio album Baggariddim, on which it featured as track 11.
The song entered the UK singles chart at No.35 on 20th October 1985, spending a total of 13 weeks inside the UK Top 100. It reached No.3 on 17th November for two weeks, being held off the top spot by Feargal Sharkey's "A Good Heart" and "I'm Your Man" by Wham! The single also reached No.8 in Ireland, No.12 in New Zealand, and No.37 in Australia.
In 1995, songwriter and poet Deborah Banks won a high court claim that she had penned the lyrics to "Don't Break My Heart", entitling her to a share of the royalties. She claimed that she had written the song for Javid Khan, who received £10,000 from UB40, in the belief that he wrote the lyrics.
The video is filmed in black and white, and the first segment appears to be set in a scrapyard - for whatever reason! The vast majority of the video features a close-up of Ali Campbell's head, nicely capturing his emotions as he sings. While in a bar, the record gets stuck on the jukebox, and Campbell walks over and gives it a thump. Colour fades in towards the end of the video.

Lyrics for Don't Break My Heart

The 12" single sleeve features the same artwork as the 7". It's disappointingly bland, to be honest, and such a fine track deserved better. Released on the DEP International record label (based in Birmingham), the B-side featured the 12" version of "Mek Ya Rok" (6:19). 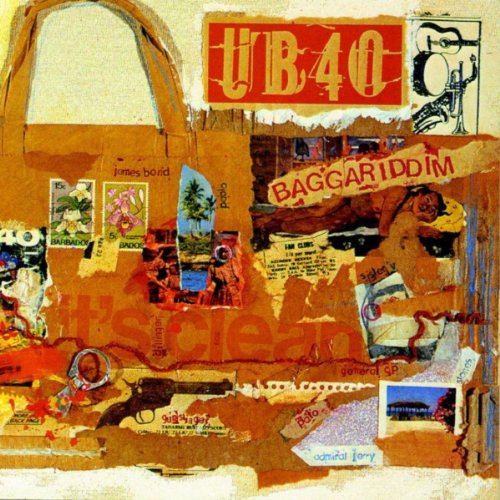