I was saddened to hear that we lost yet another 80s rock legend on 6th October 2020. Eddie Van Halen was, of course, one of the founder's of the rock band Van Halen, and also the main songwriter, keyboardist and lead guitarist, with his brother Alex on drums, David Lee Roth as lead singer and Michael Anthony on bass guitar.
"Jump" is the band's best known single, mainly for the fact that it was their biggest hit, reaching No.1 in the U.S during 1983. I was actually surprised that the song reached only No.7 in the UK on 11th March 1984, although at the time, the charts were fiercely competitive, with Nena's "99 Red Balloons" and Frankie's "Relax" to contend with. 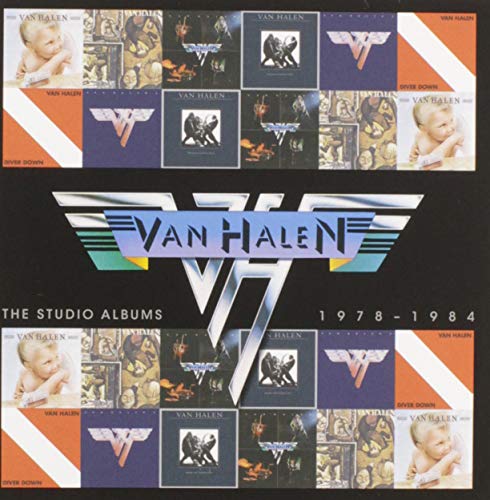 Of course, some fans of Van Halen hate "Jump", and view it as a departure to radio-friendly soft-rock, and it was certainly a change from the usual harder rock sound of the band, using a rolling synth line. Indeed, this change in musical direction eventually led to the departure of David Lee Roth.

It's true that the song has become perfect fodder for You've Been Framed producers and Youtube uploaders to use in video clips of toddlers jumping around and giggling. But it's certainly not to be dismissed as a novelty song for those annoying DJs to play at kid parties. We can't ignore the fact that it features an epic Eddie Van Halen guitar solo, although the producer spliced parts of two different takes, apparently, which led Eddie Van Halen to say it was "his favourite solo he never wrote".

Personally, I love the energy of the song, and although the main lead synth (which was performed on an Oberheim OB-Xa) is pretty simplistic, there's no denying that it's highly infectious, and there is some mean keyboard work by Eddie during the break at 2:31. Coupled with that guitar solo, there's no doubt that Eddie's contribution to the song was enormous.

His headband wearing brother Alex is really going for it on the drums (whatever he was on, I want some!), and it has to be said that all of the band members really put their heart and soul into the video performance.

The video seems pretty straightforward, in that, it just features the band performing the song, which was commonplace for rock videos at the time. Nonetheless, the energy and enthusiasm by the band members set a new standard for performance videos and won an MTV award for "Best Stage Performance". 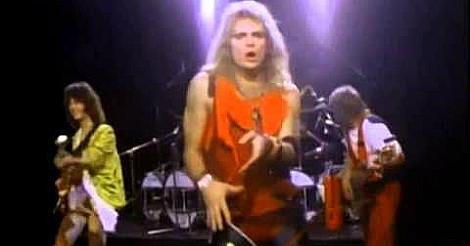 You will note the wonderful hair metal fashion styles, with Eddie in his bright yellow, zebra stripe jacket, his brother donning a headband, and, of course, the the sleeveless tops and stack of arm bracelets donned by David Lee Roth.

Now, I guess you either love or hate 80s synth rock, but I have always enjoyed the combination of synths and electric guitars. I have very fond memories of playing this tune on the jukebox at the local Youth Club back in the mid eighties - do they still have youth clubs?

"Jump" was the lead single from the band's sixth studio album 1984. The song was the only number one for the band in Canada and the U.S. Three more singles were released from the album; I'll Wait (#13 US), Panama (#13 US) and Hot For Teacher (#56 US), none of which entered the British Top 40. 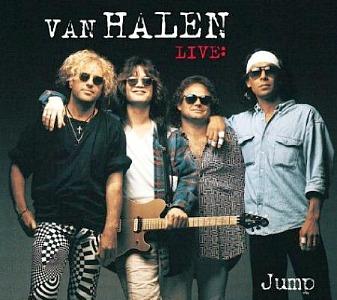