THE WEATHER GIRLS "IT'S RAINING MEN"

The Weather Girls were Izora Armstead and Martha Wash, and were first known as Two Tons O' Fun, but released their first album as The Weather Girls in 1983 entitled Success. This was a six track album featuring "It's Raining Men", although each song lasted between 4 and 6:30 minutes.

"It's Raining Men" was the African-American duo's only hit single in the U.S. reaching #46, whilst in the UK the song fared much better reaching #2 and spending 16 weeks inside the Top 100. However, the girls faired well in the U.S. Dance Charts, reaching #1. They also achieved another four #2 Dance Chart hits between 1980 and 1993.

Sadly, original member Izora Armstead died in 2004. Her two daughters have taken over the role as The Weather Girls and released an album entitled Totally Wild in 2005. 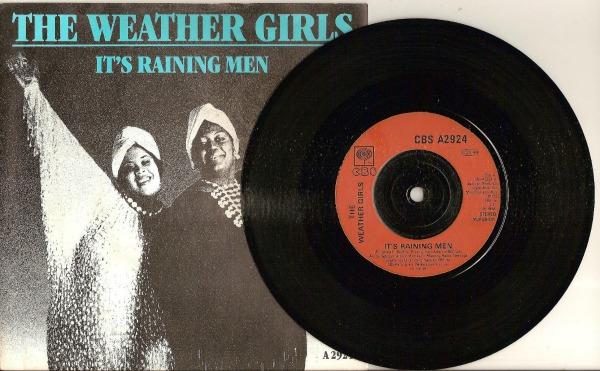 The duo started out as backing singers for the American disco singer Sylvester. They signed to Fantasy Records in 1979, releasing their self-titled debut album Two Tons O' Fun in 1980, which reached #91 in the U.S. It included the singles "Earth Can Be Just Like Heaven" and "I Got The Feeling", both of which reached #2 in the U.S. Dance Club Songs Chart. Two further singles were also released; "Just Us" and "Taking Away Your Space". 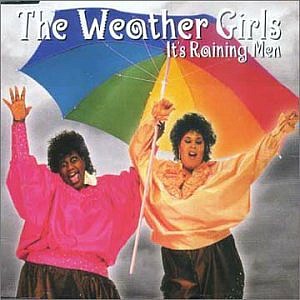