WHATEVER HAPPENED TO JANE WIEDLIN?

If you remember the 1980s, then you should also remember the 1988 hit song "Rush Hour", which became a one hit wonder in the UK. But whatever happened to the song's writer and vocalist Jane Wiedlin?
In her early career, Wiedlin was very much involved in the Los Angeles punk scene, designing clothes which she would sell at Granny Takes A Trip, a boutique on Sunset Boulevard in Los Angeles County.
In 1978, she formed the punk band The Go-Go's with Belinda Carlisle and remained with them as a guitarist until 1984, helping to write or co-write many of their hit songs. After this, Jane decided to leave the group to pursue a solo career.
During 1981, Wiedlin co-wrote the opening track to the Go-Go's album "Beauty and the Beat" with The Specials and Fun Boy Three frontman Terry Hall. "Our Lips Are Sealed" is most-recognised in the UK as a hit single for Fun Boy Three with Bananarama in 1983. The Go-Go's original version peaked at #47 in the UK, but fared better elsewhere, reaching #2 in Australia, #3 in Canada and #20 in the U.S.
The Go-Go's were very successful in the U.S. and Canada, achieving success with numerous hit singles including "We Got The Beat" and "Vacation". The band's debut album "Beauty and the Beat" achieved 2x platinum sales in the U.S. and platinum in Canada. 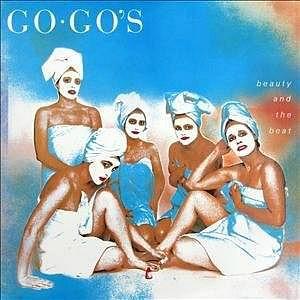 Wiedlin had a number of acting roles during the 1980s, including parts in the movies Bill and Ted's Excellent Adventure, Clue, Sleeping Beauty and Star Trek IV: The Voyage Home. 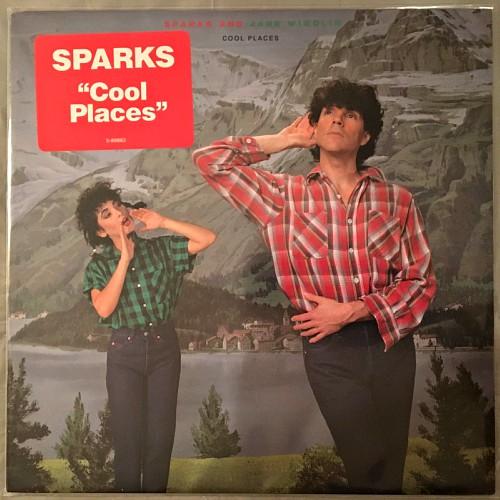 In 1983, Wiedlin collaborated with pop duo Sparks for the single "Cool Places" which was released in April, and featured on Sparks album "Outer Space". The single reached #49 in the U.S. Wiedlin also collaborated on another track from the same album, "Lucky Me, Lucky You". She also performed with the duo at some of their gigs.

Jane's solo career didn't start promisingly. In September 1985, she released he debut single "Blue Kiss" which was only a very minor hit, peaking at #77 on the Billboard Hot 100 in the U.S.
However, it would be the second next single, "Rush Hour" that brought real chart success for Jane, reaching #9 in the U.S. and #12 in the UK. The song was released as the lead single from the second studio album "Fur". 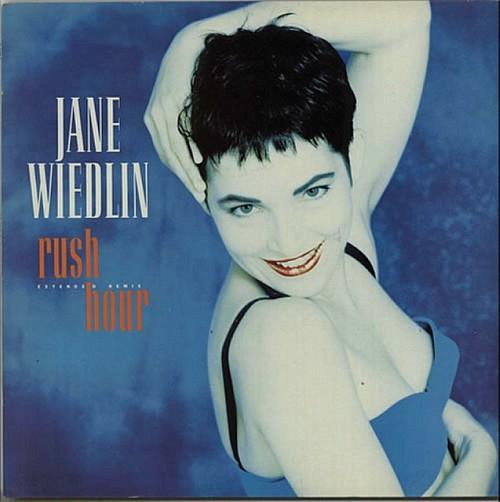 The 80s Best-Selling Single from Each Year 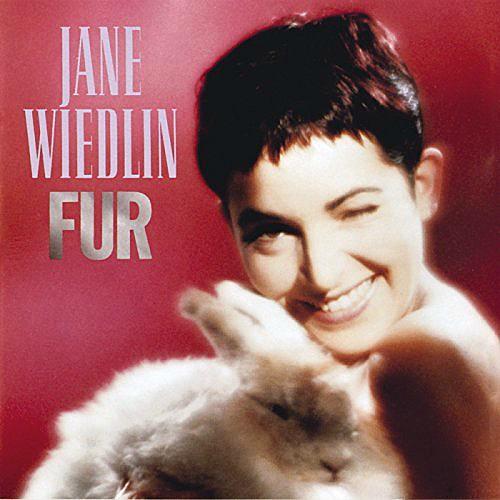 Chart success would slip further from Wiedlin's grasp with a third album in 1990 entitled "Tangle", and the single "World On Fire" failing to chart anywhere.
There were several reunions with the original Go-Go's line-up during the 1990s. The first reunion in 1990 saw the band play several dates, as well as re-recording a cover of "Cool Jerk" for their greatest hits album.
The 1993 compilation album "The Very Best of Jane Wiedlin: From Cool Places to Worlds on Fire" went largely unnoticed, and it's hardly surprising given the lack of hits!
Another Go-Go's reunion in 1994 (with the same classic line-up) led the band to record three new songs for the compilation album "Return To The Valley of The Go-Go's". They also released the single "The Whole World Lost Its Head", which became the only song by the band to enter the UK Top 40, peaking at #29.

THE NOUGHTIES to the present day

On October 31st 2000, Jane released her fourth studio album "Kissproof World", but once again, it failed to chart anywhere. Also in 2000, the Go-Go's reformed again to record their first album in 17 years, "God Bless The Go-Go's" which was released on 15th May 2001. Wieldin toured regularly with the band during the 2000's.
Also during the 2000's, Wiedlin ditched her solo musical career to focus on acting. She sang in the choir on an episode of the hit comedy series Frasier in 2000.
In 2001, Jane had a regular role as the owner of a coffee house in MTV's TV series Spyder Games.
During 2005, Jane shocked the world by revealing that she was into bondage on VH1's reality series The Surreal Life, in which has-been celebrities lived together in a mansion in the Hollywood Hill for two weeks. If you watched the series, you may remember there was a major fall-out between Wieldin and the rapper Da Brat.
During April and May 2009, Wiedlin took a role in the film Stuck! Filmed in black and white, the movie premiered at the 2009 Raindance Film Festival in London. It was released in 2010.
In 2010, Jane injured her knee during a hiking trip near her home in Northern California, leading to the cancellation of The Go Go's farewell tour.
In October 2011, Jane had a small, but noticeable part in the film Culture Shock.
In February 2015, Jane joined the cast of the horror movie HoneyBee, playing Ms. Humphrey. The film was released on 18th October 2016.
On August 2nd 2016, the Go-Go's started their final farewell tour which had originally been planned for 2010. They played 18 dates ending on August 30th.