WHATEVER HAPPENED TO JENNIFER RUSH?

Cast your mind back to the early autumn of 1985 and you can't fail to remember the U.S. pop singer, Jennifer Rush, hogging the top of the singles charts for five weeks with her power ballad The Power Of Love. The song was a huge global hit (selling over 1 million copies in the UK alone) and became the biggest-selling single of 1985 here in the British Isles. In fact, the singer held the record for the biggest-selling single for a female solo artist until 1992, when Whitney Houston claimed the title with her cover of the Dolly Parton ballad I Will Always Love You.

Rush's self-titled album was also a huge success, staying in the German album charts for 99 weeks. After scoring another hit with her follow-up single Ring Of Ice (#14 in the UK) Jennifer failed to hit the British Top 40 again until a duet with the Spanish tenor Placido Domingo entitled Till I Loved You reached #24 in 1989.

It wasn't for the want of trying, and Rush had many unsuccessful attempts at scoring another big British hit. A remix of The Power of Love in 1986 would only stall at #55, and a duet with Elton John entitled Flames Of Paradise peaked at #59 in 1987, despite its over-elaborate title.Across Europe the next four studio albums, Movin' (1985), Heart Over Mind (1987), Passion (1988) and Wings of Desire (1989) were a big success.Jennifer Rush came from a musical family and moved to Wiesbaden in Germany with her father, Maurice Stern, in 1982 in an attempt to start a successful music career. Maurice Stern was a successful American opera singer who had performed in opera houses across the globe. Jennifer's mother, Barbara, was a pianist and her two brothers Bobby and Stephen were also musicians.Although Rush faded into oblivion here in the UK, she continued to achieve success with pop hits across Europe, particularly in Germany, Switzerland, Austria and France during the 1980s, with the tracks including Destiny, I Come Undone and the aforementioned Flames of Paradise. 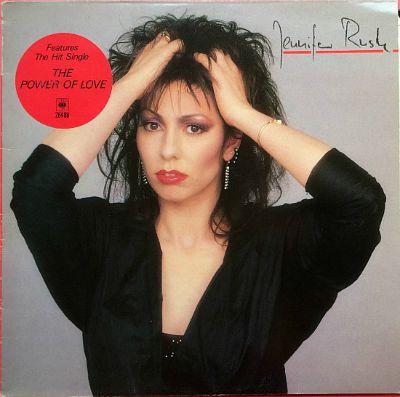 Despite continuing to release singles throughout the 1990s, none of them became British hits, and even in Europe Rush failed to break into the Top 40 apart from two exceptions - Tears In The Rain reached #26 in Switzerland during 1995 and Credo (the title track from the album) climbed to #32 in Austria during 1997.

However, the albums faired slightly better with The Power of Jennifer Rush, Out of My Hands and Credo all being moderately successful and breaking into the Top 40 in Germany, Switzerland and Austria. 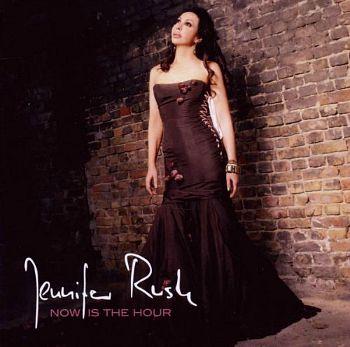 During 2006 Jennifer moved to London with her daughter, and in March she signed a recording deal with Sony - the label with which she had released her first five albums during the 80s.

In 2010 Rush released her first studio album for twelve years. Now Is The Hour failed to break into the British album charts, but, bizarrely, achieved its highest chart position in Greece (#6) where the singer had never before had a hit single or album. The album also reached #21 in Germany. The singles Before The Dawn and Echoes Love failed to become hits anywhere.

In 2013 the singer performed live across Germany and also in two live concerts in Cape Town and then Johannesburg, where the Drakensberg Boys Choir were special guests. After this, she performed at the Tribute to Freedom Festival 2013 in
Bratislava/Slovaki. She also performed at the festival in Zeitz, Germany.

During 2014 Jennifer continued with her live performances, touring Europe and celebrating the 30th anniversary of her first album.

The singer returned to South Africa in June 2015 with a tour to promote her upcoming live concerts in South Africa. She appeared live on Daron Mann Breakfast on Algoa FM and the Expresso Morning Show on South African TV during June. 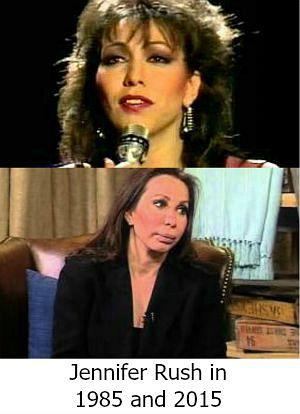 From 2016 to 2019, Jennifer was busy writing new material for her upcoming new album and also for other artists.