Mr. T is best remembered by 80s fans as B. A. Baracus in The A-Team, and also as the boxer James "Clubber" Lang in the 1982 movie Rocky III, which coined the catchphrase "I pity the fool". He is also remembered, of course, for his Mandinka warrior hair style and his gold jewellery. But whatever happened to him?
Laurence Tureaud was born in Chicago, Illinois on May 21st 1952, and he was the youngest of seven brothers. He also had four sisters. His father, who was a minister, left the family when he was just 5-years-old.
Fed up with the lack of respect for black people and being called "boy" rather than by his first name, when he reached the age of 18 in 1970, he decided to legally change his name to Mr. T, so that everyone will now have to address his as "Mr."
Mr. T is a deeply religious Christian, and has made regular appearances on the Trinity Broadcasting Network (TBC). 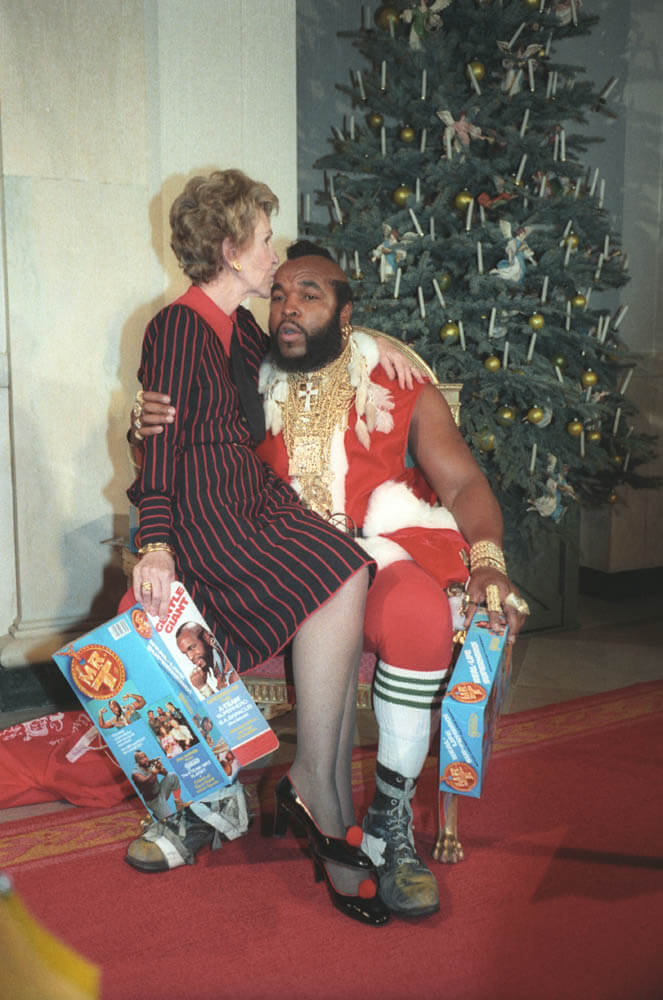 Mr. T pretending to be Santa Claus with Nancy Reagan on his knee at The White House in 1983. Hmm, neither of them look to happy to be there! Public domain photo (free for reuse).

The start of the Mr. T Persona

After serving in the U.S. Army and Military Police Corps, during the late 1970s, Tureaud worked as a bouncer at the Rush Street Club Dingbats Discotheque. It was during this time that he developed his Mr. T persona. Many customers accidentally lost their jewellery (sometimes in a fight!) or left it behind. Tureaud started wearing the customers' gold neckchains and other jewellery so that they could quickly reclaim it without re-entering the club. Some customers were barred after getting into fights, so this was a very handy way to quickly hand it back to them.

After this, Mr. T became a bodyguard for numerous well-known boxers, including Muhammad Ali, Joe Frazier, and Leon Spinks, and also many celebrities including Michael Jackson, Steve McQueen and Diana Ross.

Mr. T's first film role was as himself in the 1982 movie Penitentiary II , and  American Blaxploitation drama movie.
While in his late 20s, Tureaud started entering tough man competitions. Mr. T took part in "America's Toughest Bouncer" in 1980, which was a segment in the NBC reality series Games People Play. After watching the competition, Sylvester Stallone was keen to give him a minor role in the Rocky III movie. However, Mr. T made such as impression, that he was cast as the main antagonist, Clubber Lang. The movie features the iconic line "No, I don't hate Balboa, I pity the fool".
In 1983, the actor starred as Samson in the 1983 comedy film D. C. Cab.
After this, the actor landed a role in the NBC action adventure series The A-Team, as the ex-army Commando, Sergeant Bosco "B. A." Baracus. He was the dumb tough guy and the team's mechanic, although when it came to flying, he was petrified! The series ran for 4 seasons from Jan 23rd 1983 to March 8th 1987, before being cancelled. Mr. T was reportedly earning $80,000 per week.
B. A. Baracus was, undoubtedly, the most popular character in the series, and his growing fan base led to Ruby-Spears producing a Mister T cartoon, which originally aired on NBC on Saturday mornings from 1983 to 1985, which ran for 3 seasons.
In 1983, Mr. T (as himself) guest starred in the Diff'rent Strokes episode Mr. T and mr. t., which was the opener to season six. He also featured in "The C Team" in Alvin and the Chipmunks. 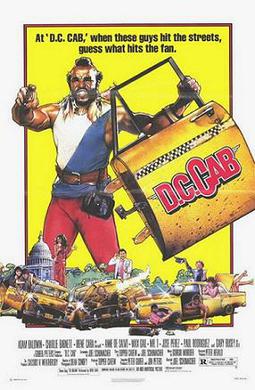 In 1984, he was the special guest in an episode of Dean Martin Celebrity Roast.
Mr. T played Jabberwoca in the 1987 TV movie Alice Through The Looking Glass.
After The A-Team was cancelled, Mr. T was offered his own Canadian TV series called T. and T, which ran from 1987 to 1990. Season 1 was produced by Hal Roach Studios (who also produced many Laurel and Hardy shorts and films), but seasons 2 and 3 were produced by Quintex Entertainment.
During the second half of the 1980s (from 1985), Mr. T was also a professional wrestler, and won the WWF Wrestlemania competition as Hulk Hogan's tag partner. 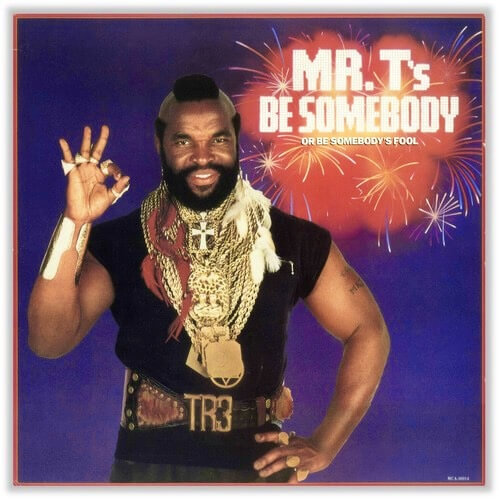 During the 1990s, the comedy actor continued to earn an income from personal appearances, earning around $15,000 for each one, although by the end of the decade he was only appearing in TV adverts due to ill health.
In 1993, he played The Bearded Lady in the American comedy film Freaked. He also played the role of Mr. T-Rex in The Terrible Thunderlizards, which was part of the Eek! Stravaganza on the Fox Kids channel. 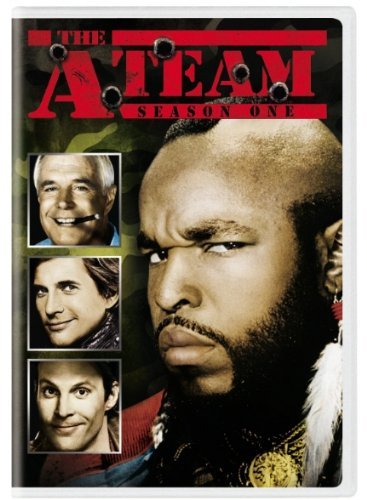 The A Team Season 1 DVDBUY AT AMAZON

In 1995, the actor was diagnosed with T-cell lymphoma, a form of cancer. Due to his poor health, Mr. T limited his appearances to commercials for the second half of the 90s.
In 1996, he played a helicopter pilot in the 1996 spy parody film Spy Hard, which starred Leslie Nielsen and Nicollette Sheridan.
However, after making a full recovery, in 1999, he made a cameo appearance as himself in the superhero comedy film, Inspector Gadget.

In 2001, Mr. T played the role of The Wise Janitor in the 2001 American teen parody film Not Another Teen Movie. Also in 2001, he played J. T. Quincy in the TV series Apocalypse.
Mr. T provided the voice for Officer Earl Devereaux in the 2009 animated movie Cloudy With A Chance of Meatballs.

The TV star helped with the clean-up operation after the category 5 Hurricane Katrina struck New Orleans and surrounding areas in 2005. This also led to him ditching most of his gold jewellery, and in a statement he said "I felt that it would be a sin before God for me to continue wearing my gold. I felt it would be insensitive and disrespectful to the people who lost everything, so I stopped wearing my gold."

In 2010, Mr. T signed up as the spokesman for the gold-buying company, Gold Promise.
Now, if you watched BBC3 back in 2011, you may remember World's Craziest Fools, a funny clip show featuring people acting like fools. Where footage wasn't available, animations were used to tell the story instead, which were narrated by Mr. T.. Two series were made, which aired in 2011 and 2013, which 10 episodes in each series, which attracted 848,000 viewers at its peak.
In 2012, Mr. T opened an official Twitter account.
In 2015, he starred in a number of different adverts for Fuze Iced Tea, using the slogan "The only thing bolder than Fuze Iced Tea is ME!"
In 2017, Mr. T took part in the U.S. version of Strictly Come Dancing, Dancing With The Stars, In which he did a pase doble to Survivor's "Eye Of The Tiger". He was paired with the gorgeous Australian ballroom dancer Kym Herjavec, but they were the third couple to be voted out of the show. He donated all of his earnings from the show to two children's hospitals.
In 2020, Mr. T was  photographed while out shopping for groceries, and the photos featured in a news article on Amomama.com.
Embed from Getty Images

On May 21st, 2021, Mr. T celebrated his 69th birthday. Also in 2021, Mr. T made regular tweets on Twitter.com, many of which are quotes from the bible. He also has a Youtube channel, but hasn't posted any new videos since 2014.
The actor is currently dividing his time between three different homes in Chicago, Illinois, and Albuquerque, New Mexico. He has three children with ex-wife Phyllis Clark. 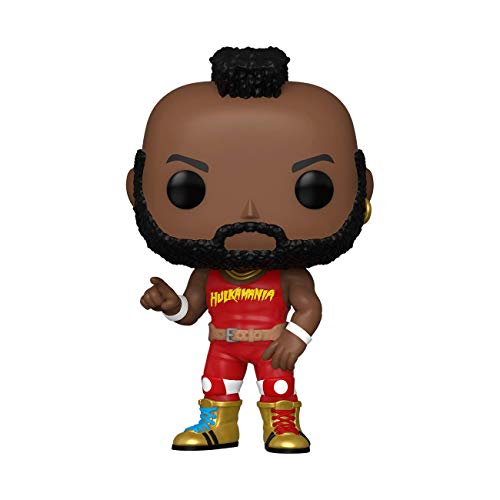 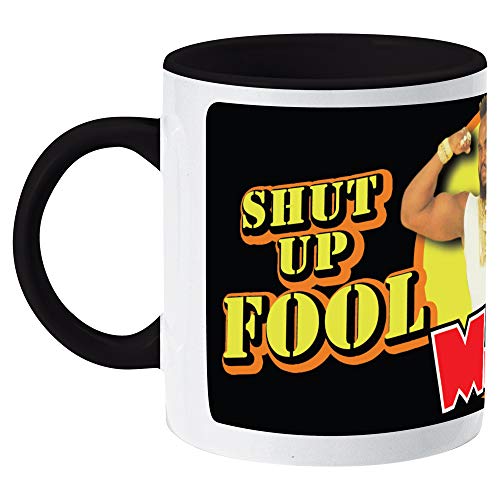