A-Z of 80s Music at Simplyeighties.com

WHATEVER HAPPENED TO PSeuDO ECHO?

Any 80s music fan worth his salt will remember this Australian band's one hit wonder from 1986. It was a rocked up cover of the disco classic "Funky Town" by Lipps Inc., which reached #8 in the UK, #6 in the U.S. and #1 in the band's home country.
Now, I say the band were one hit wonders, but in Australia, Pseudo Echo were pretty big from 1983 to 1989, achieving success with eight Top 40 hit singles and several hit albums. Indeed, in 1983, the band's debut single "Listening" reached an impressive #4. 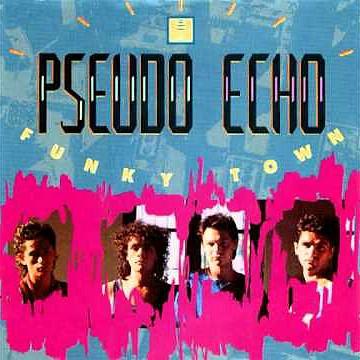 Following on from their success with "Funky Town", the band re-released "Listening" as a follow-up single. It also featured on the soundtrack to the 1987 film North Shore. Sadly, the single failed to chart anywhere. The band failed to have any more major hits, and even in their home country, they would only have two minor hits with "Fooled Again" (1988) and "Over Tomorrow" (1989).

High school friends Brian Canham, Pierre Gigliotti, Tony Lugton and Anthony Argiro formed Pseudo Echo in Melbourne during 1983. The released their debut album "Autumnal Park" in 1984, and were influenced by the new wave bands of the time.
Tony Lugton was replaced by James Leigh in October 1984 following "musical differences". After recording their second album "Love An Adventure", Argiro was replaced by James Leigh's brother, Vince. 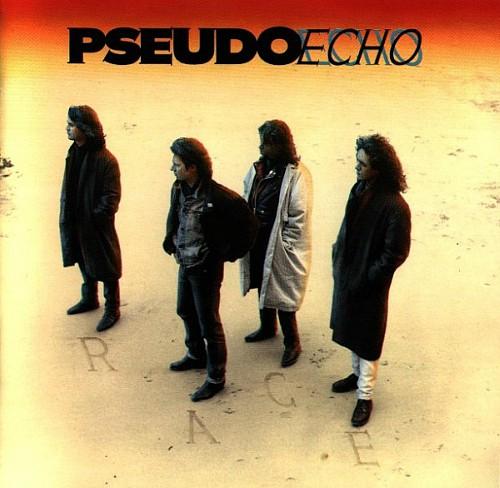 The band's third album "Race" (1989) featured a more grown-up rock sound and was produced by vocalist Brian Canham and the Australian producer Julian Mendelsohn who became well-known in the 80s for his production and remix work for artists including Pet Shop Boys, Elton John and Holly Johnson.

The band split-up after their 1989 tour. Canham became a record producer, Gigliotti joined the cover band All The Young Dudes and the Leigh brothers formed Vertigo (who would later become Invertigo).
During 1997, Canham formed a new band with ex-Chocolate Starfish band member Darren Danielson. Canham had produced the band's self-titled debut album which reached #2 in Australia.
Band member Brian Canham and Pierre Gigliotti reformed Pseudo Echo in March 1998. They were joined by Daniel Danielson on drums and Tony Featherstone on keyboards, and played sold-out gigs across Australia.
In 1999, Tony Featherstone was replaced by Ben Grayson on keyboards.

THE NOUGHTIES to Present Day 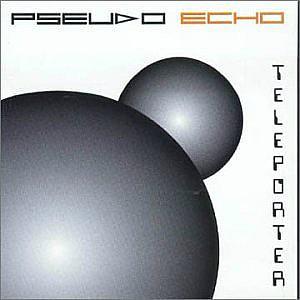 During 2005, Canham joined the Idols of the 80s tour across Australia. The band also released the album Autumnal Park - Live.
To celebrate their 25th anniversary, the Leigh brothers rejoined Canham and Gigliotti for a sell-out show at Crown Casino in Melbourne. They also did a brief tour. Danielson and Grayson then rejoined the band.
In 2012, the band's co-founder, Pierre Gigliotti left the band. He was replaced by Simon Rayner on backing vocals and bass keys.
In July 2012, the band released their first new single in 20 years, a cover of Origene's debut single "Suddenly Silently". This was followed by the single "Fighting The Tide" in 2013.
In 2014, the band created a crowd-funding campaign to release their fifth studio album "Ultraviolet". It was successful, and the band released the album and also toured Australia and New Zealand. 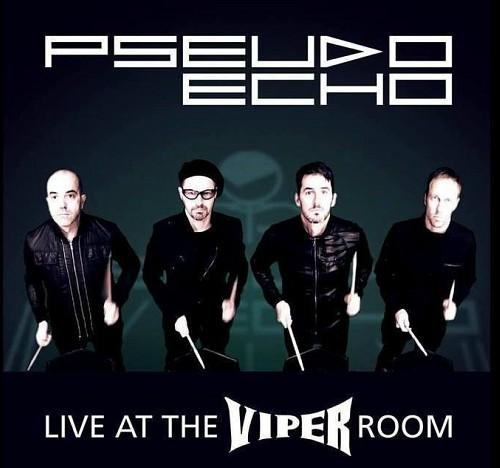 Fuelled by their success, Pseudo Echo started another crowd-funding campaign later on in 2014 to enable them to record a live album at The Viper Room on Sunset Strip in California. Again, it was successful, and they recorded the album in Jan 2015 in front of a live audience and released it in June.
In December 2016, the band toured with Culture Club to play four venues in Australia. From January to April 2017, the band are venturing on their Red Hot Summer Tour across Australia with Icehouse.
Visit Pseudoecho.com for all the latest news, tour dates and info about the band.

Whatever Happened to Jane Wieldin?

Mental As Anything - Live It Up