WHITNEY HOUSTON "I WANNA DANCE WITH SOMEBODY (WHO LOVES ME)" 1987

We all remember that 80s poodle perm don't we? The American R&B/pop singer was huge during the 80s (musically, that is!) and achieved no less than seven consecutive #1 hit singles in the U.S. between 1985 and 1988.

"I Wanna Dance With Somebody (Who Loves Me)" was the first track to be lifted from Whitney Houston's second and most successful studio album simply entitled Whitney, and was released in May 1987 on the Arista label. The song made #1 in more than a dozen countries.

Other hit singles from the Whitney album were; "Didn't We Almost Have It All", "So Emotional", "Where Do Broken Hearts Go" and "Love Will Save The Day".

The video above is the original 80s video. 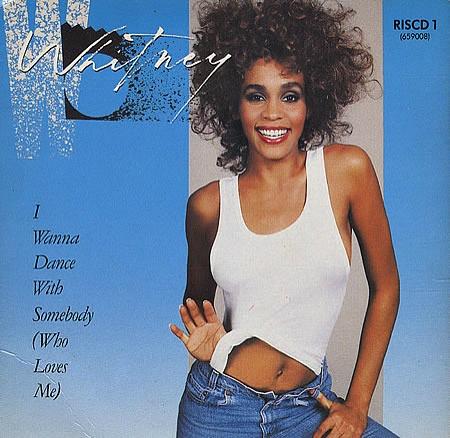 WHITNEY ON TOP OF THE POPS

This clip features Whitney Houston singing "I wanna dance with somebody" on a 1987 edition of Top Of The Pops on BBC1 in the UK. For those of you not from Britain, the music show was aired weekly between 1 January 1964 and 30 July 2006 and was the most popular music show on British TV. A declining audience led to its demise in 2006.